According to SteamDB, unconfirmed dates for a handful of future Steam sales have been leaked, starting with the Digital Tabletop Fest 2021 this October. It’s set to start on October 21st and will seemingly run until the 25th, 3 days before Halloween starts. As one could probably guess it’s a celebration of Tabletop RPGs so fans of games like Divinity Original Sin, Baldurs Gate, Pathfinder Kingmaker, etc can look forward to this one.

Following the Digital Tabletop Fest comes the iconic Halloween Sale celebrating the spooks and freaks of the year where you can likely expect the majority of Steam’s Horror catalog on a relatively deep sale. Halloween Sale is going to start on the 28th of October(obviously) and will run until November 1st. Anyone looking forward to finally getting their hands on Resident Evil Village(Including me) should be very excited about this.

After Halloween, it’s time for the breezy Autumn sale which is expected to last from November 24th to November 30th. And after Autumn it’s obviously going to be time for the much-awaited Winter Sale, which always feels like an early new year’s blessing in disguise as you spend the days in your chilly room huddled up in your cozy blankets and (probably) playing some games to pass the time.

The Winter Sale is said to run from the 22nd of December to the 5th of January. On top of the Sales, there’s another Steam Next Fest to look forward to this year, one of the best things recently added to Steam that lets you try demos of hundreds upon hundreds of upcoming indie titles for completely free.

Steam Sales are always a good time of the year, having the fortune of being greeted by both new and old games on the cheap right as a new season begins is a particularly refreshing feeling. It’s something that Valve has always managed to deliver on every year and it’s one of the prime aspects as to what makes PC gaming so enticing to get into for newcomers. 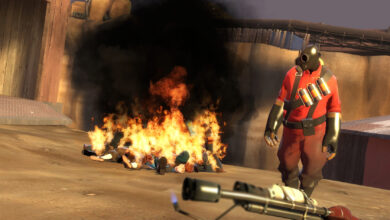 Team Fortress 2 Players Plan Peaceful Protest To Save The Game