Xbox Game Pass is widely regarded to be the most successful video game subscription service for consoles. The subscription-based service by Microsoft provides a rotating catalog of titles from a vast array of publishers, including first-day releases. Xbox Game Pass even offers additional benefits like Xbox Live Gold and EA Play.

All these Humble Games are coming day one to Game Pass 😧 much to think about.https://t.co/u6ameK0Clh pic.twitter.com/NbDl1GOgTJ

However, with every game that comes to the acclaimed subscription-based service, many have to leave due to their expiration dates. The games leaving the acclaimed subscription-based service this month include Aragami 2, Bug Fables, Craftopia, FINAL FANTASY XIII, Flynn: Son of Crimson, The Artful Escape, I am Fish, Skatebird, Lost Words: Beyond the Page, Mighty Goose, and A Plague Tale: Innocence.

Of course, people dislike the fact that the Xbox Game Pass loses games every month, but that varies to the intensity of the catalog leaving. The upside is that Xbox Game Studios does let everyone know when the games are being removed so that anyone who had them on their list of games can play them a bit earlier.

In August alone, 16 games were added, and 15 games were removed. There are 11 games being removed from this list alone, and we are receiving nine upcoming games in September. However, there are always more games that can get removed in the second list that gets revealed. These games will leave the Xbox Game Pass on September 15th, so anyone who wants to play through some of these games has only a couple of weeks before they get removed permanently. 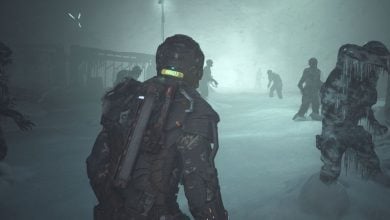 The Current Horror Genre Is Diluted with Dead Space Lookalikes