Doom games revolutionized the early FPS genre and jumpstarted the fast-paced, high-octane FPS action in the gaming industry. The original title pioneered the modern 3D FPS games and is still held in high regard.

Moreover, the game also featured multiplayer and earlier iterations of mod support. With extremely unique movement techs and gameplay, it was destined for success.

The Doom series features an ungodly protagonist who is bloodthirsty for demons, and his rage knows no bounds. The fan-favorite franchise has adapted well into the modern age and sold millions of copies.

The franchise has inspired more than just games, spanning into novels, comic books, fan art, and film adaptations. At this point in time, Doom can be considered equal to many popular franchises.

The Doom Guy itself is widely popular and considered among the most badass video game characters. The sensation comes from his etched ability to hunt down demons like no other. The latest fast-paced gory experience, Doom Eternal, lived up to expectations, featuring memorable metal music and exhilarating gameplay.

id Software is no new player in the industry, rather, it is an irreplaceable part of the video game industry’s history. id Software established history by releasing Doom and then Doom II, its landmark titles of not only the FPS genre but gaming as well.

But sometimes even larger studios fall into the pits of criticism, it just so happens that the title they got some hate for, was none other than their latest one, Doom Eternal. But the hate was not for something they did not do, but rather how they implemented it.

When the original Doom was released, it was loved by the community. It featured everything that made the original so great, coupled with a modern fling of graphics and gameplay. Unfortunately, the sequel took a more… inventive approach.

When I played the game, I was not a fan of some of the mechanics. A few of the boss fights were also extremely dissolving in nature, boiling down to dash then shoot then run around then shoot.

Another reason why I and a few other people felt a bit rattled was the harder difficulty. When it comes to a challenge, I’m always in, but I want to be the demon, not the prey.

This title also ended the instant deaths from falling off maps which was an amazing addition considering there is an influx of platforming in the game, it is no celeste in parkour, but it holds its ground.

The game forces you to play in a certain playstyle. Ammo is harder to come by so that takes a lot of the fun out of ripping apart demons. “It’s like they convoluted the game, took the flow and fun out of it. I feel weak playing it, forced to do things, conserving ammo, trying to recall what key does what. It’s not how doom 2016 felt at all.”

When someone calls me a demon slayer, I think of big guns, heavy armor, loads of unethical weaponry, and lots of gore. Not being captive to stupid game ethics as seen in Doom Eternal.

And yea, the story. It is not bad, but there exist jumps that hinder the connection between the two games. Doom 16 gave a lot of reminders of the earlier Doom games, here it is barely mentioned.

A user shared his thoughts on the hate,

Combat design is way way better. It forces you to think on the fly and not just spam one single weapon repeatedly and it also gives you an entire swiss army knife full of tools to do that. The locales are way more varied in both scenery and design where as 2016’s environments were contained largely to just hell levels and abandoned space stations on mars. Here you get to visit artic cultist bases. Sentinel Temples in ruins. Desolate cityscapes on earth. There is just so much more variety.”

Although I do not agree with some of these statements, most of this rant does get some things right. Maybe we will not see more of the Doom franchise for a while, and hate aside, I enjoyed every aspect of it, no matter how annoying or repetitive.

Deathloop Teased On Xbox Store Ahead Of Release 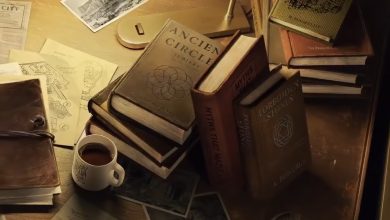