Bloodhound is one of the strongest characters to use in Apex Legends. He is a Recon Legend who has a fast-paced style. His abilities focus on hunting enemies down and eliminating them instantly. Prior to Crypto’s addition to the game, Bloodhound was the only character capable of tracking his enemies down. But now, Crypto can do the same by using his drone. Today, in our Apex Legends Bloodhound guide, we are going to talk about his abilities along with how you should use them. Make sure to show your FPS in Apex Legends because Bloodhound is one dangerous Legend that can destroy everyone. Besides, if your Apex Legends is consistently crashing, don’t forget to check this guide out.

In our guide, we are going to discuss the three abilities offered by this character, along with a special perk. In addition to this, we will mention some tips and tricks that can help you perform well with Bloodhound.

Bloodhound has a total of three abilities; Tracker, Eye of the Allfather, and Beast of the Hunt. In addition to this, he also has a perk, which we’ll talk about later.

To begin with, we have Bloodhound’s Passive ability called Tracker. This is easily one of the most valuable abilities in Apex Legends, as it allows you to track your enemies down quickly. It lets you see the activities of enemy players who were nearby that place 90 seconds ago. The best part is that he can track the number of things, such as:

In addition to this, Bloodhound can also detect the abilities used by other Legends.

Eye of the Allfather – Tactical Ability

Bloodhound’s Tactical Ability is called Eye of the Allfather, and it can help you with finding out whether the area is free of enemies or not. When used, it sends out a conical scan that will search all nearby buildings and other obstacles. The maximum distance it covers is 75 meters, and it will let you know if there are any enemies nearby. The maximum number of enemies it can detect is 10. If the number of enemies within the 75-meter radius is greater than 10, then the notification will read as “10+ Hostiles Detected.” If the number is less than 10, then you’ll get to know the exact number.

The scan will highlight enemy players for a total of 4 seconds only, whereas Nox Gas Tarps, Launch Pads, Interception Pylons, D.O.C Heal Drones, and Perimeter Security Nodes will remain highlighted permanently. In addition to this, both you and your teammates will be able to see the highlighted items. The only downside about this ability is that your enemies will see ‘SONAR DETECTED’ on their HUD after they get caught inside your scan. This will let them know that you are nearby. Therefore, always be ready to engage after performing the scan. Once you use this ability, you won’t be able to use it again for another 25 seconds.

Beast of the Hunt – Ultimate Ability

The Ultimate ability of Bloodhound is Beast of the Hunt, and it is my favorite one in the entire game. This is because it transforms Bloodhound into the ultimate hunter. The ability can be used to both engage in a fight and to escape one as well. When used, Bloodhound’s movement speed will increase by 30%. In addition to this, everything becomes black and white for him, except for his enemies and their tracks, which will appear as red. This allows him to focus solely on his targets and their movements. Another amazing thing about this ability is that it also lets Bloodhound see through smoke and Nox Gas, which isn’t possible for any other character.

Bloodhound remains in the Beast of the Hunt state for 35 seconds. However, downing an enemy adds 5 to 15 seconds to the duration. The amount of time increased depends upon how much time is left for the ability. In addition to this, the ability has a 3 minutes cooldown. This means that you should save this ability when you are either going to engage a team or when you are stuck in a critical situation and want a quick escape.

Bloodhound also offers a unique perk called Recon, which allows him to access the survey beacons that are scattered all over the map. It takes around seven seconds to complete the interaction with a survey beacon, and it then tells you the next location of the circle. This is something that can help you get inside the circle and pick up a good spot before anyone else.

Now that we have covered all the abilities in our Apex Legends Bloodhound guide, let’s talk about some tips that can help you perform better with the said character.

Let’s face it; Bloodhound is meant to be for those who like to play aggressively. Some of you might argue that he can be played defensively as well, but that’s not what I think. Bloodhound’s abilities focus on hunting enemies down, which is enough for you to turn your aggressive mode on.

Communicate With Your Teammates

Communication is the key to winning in Apex Legends. If you and your teammates aren’t communicating with each other properly, then the chances are that you won’t even make it to the final circle. The best part about Apex is that it offers a ping system to communicate without relying on text or voice chat. Therefore, thanks to your Passive ability, whenever you see something odd, make sure to let your teammates know about it. If you see a footprint nearby, alert your teammates so that they can prepare for a fight.

Don’t Blindly Use Eye of the Allfather

Eye of the Allfather is a pretty amazing ability and all, but it won’t do much if you don’t know how to use it properly. The most important thing to keep in mind is that it does not perform a scan in all directions but only in front of you. Therefore, before using it, make sure that you’re facing the right direction; otherwise, it will go to waste. In addition to this, not all situations require you to use the tactical scan. Sometimes, you will need to engage a squad without it because giving up your location will add up to their favor.

Always Be Willing To Engage

After you use your tactical ability, your enemies will know you are nearby. In addition to this, pro players can even tell where the scan came from. Therefore, before performing a scan, make sure that you and your teammates are ready to engage because the enemy team will either engage first or move from the location if you don’t act quickly.

Use The Ultimate Before Engaging A Squad

The Ultimate ability of Bloodhound transforms him into a killing machine; therefore you should always use it before engaging an enemy squad. You can use the increased movement speed to either chase them down or to doge their attacks quickly.

There will be times when the situation will turn against you in combat. This is when you should fall back and escape to heal or to gather better supplies. If you run in your normal state, then the enemy squad will chase you down instantly. However, if you use the Ultimate ability to escape, they won’t catch up with you. Considering you will remain in the Beast of the Hunt state for around 35 seconds, you’ll have enough time to go far away.

Don’t Be Afraid of The Smoke or Gas

Caustic and Bangalore are known to use Gas and Smoke to trap their enemies. If you happen to get stuck in such a situation, then you should use your Ultimate ability without a second thought. This is because you will be able to see clearly through the smoke.

If you know there’s an enemy squad inside a building, then don’t just blindly go in there. Instead, get near the building first and then use your tactical ability. This will let you know where the enemy players are positioned and whether you should enter through the main door or from above.

Help Your Teammates Out

You can also use your abilities to help your teammates out. For instance, if your teammate is searching through a building to finish off an enemy player he just knocked down, then perform a quick scan to pinpoint the enemy.

Don’t Go After A Squad Alone

Using your Ultimate transforms you into a beast and all, but that does not mean you should start going after a whole squad alone. Sure, if you’re someone who can play like Aceu or Dizzy, it won’t be a problem. But if you’re someone who’s on an average level, then it’s best to stick near to your teammates. Even if you are capable of handling a squad alone, there are chances that you might get third parties. And if that happens, well, then that’s the end for you.

What Are The Best Teammates For Bloodhound?

In my opinion, Bangalore and Caustic are the ideal teammates for Bloodhound. If you ask why then the answer is simple. Both Bangalore and Caustic are capable of trapping their enemies by using Gas and Smoke. If you don’t already know, then it’s almost impossible for anyone to see through the Gas or Smoke unless you’re the one who used them. However, Bloodhound can see through both in his Ultimate stance. Therefore, the three can become a deadly trio if played right. You can trap enemies and take them down instantly without worrying about anything.

What Are The Best Weapons for Bloodhound?

For Bloodhound, you need a weapon that will be effective in close-ranged combat. This is because you will be most likely rushing your enemy while in your Ultimate stance. A close-ranged focus weapon such as the Peacekeeper or the R-99 will prove useful in this situation. Since Apex allows you to carry two weapons at once, we’ll suggest you keep a mid-ranged weapon in your inventory as well, like the R-301 or the Flatline.

This was all regarding our Apex Legends Bloodhound guide. Overall, Bloodhound is easily one of the best characters to use in Apex Legends. He ranks as an A-Plus character in our Apex Legends Tier List alongside Wraith. But keep in mind that you won’t master him in a single day. You will need to spend a lot of time playing with him in order to learn every single thing about him. In addition to this, you will need to properly control Bloodhound in his Ultimate stance. This is because not everyone can handle the sudden increase in the movement, and it will take you some time to adjust to the black and white theme. But once you master him, no one will be able to stop you from winning the match. Before you leave, make sure to check out our Apex Legends Lifeline guide as well. 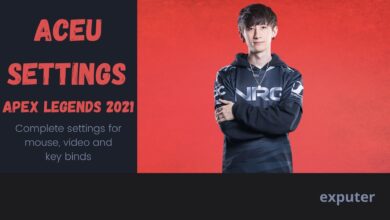