To complete the “There is Nothing But the Abyss” Penance in Warhammer 40K Darktide, you will need to heal to 75% Health only through the Holy Revenant Feat. Upon completion, players will receive Saintly Mendicant’s Vestments (Lower Body Cosmetics) as a reward.

As said before, healing 75% of health only through the Holy Revenant Feat will unlock the Penance. However, Holy Revenant Feat is a level 20 skill that requires you to be Zealot Preacher. As such, you will have to change your class and increase your level to unlock this Penance.

To use Holy Revenant Feat, you must first activate Until Death passive. It allows you to be invulnerable for five seconds by taking damage that will kill you. Therefore, you will have to damage your opponents as much as you can in five seconds. Resultantly, you will unlock There is Nothing But the Abyss in Warhammer 40k: Darktide.

There are a lot of weapons available for the Zealot Preacher class. However, the best way to damage as many enemies as possible is to double the damage by using the Flamer or Melee. Using Flamer, you can cover a vast area and damage many enemies as hordes approach you. For the Melee weapons, the best options would be Devil’s Claw swords and Combat Axes.

To deal with hordes of enemies effectively and get “There is Nothing But the Abyss” easily in Darktide, you will need a Feat Build:

It focuses on Attack Speed and outputs the maximum damage possible. According to the Penance requirements, you will have to damage your opponents as much as possible. With Attack Speed, you can damage as many enemies as possible with Melee weapons. Moreover, you can even apply weapon perks to get more damage output. It increases Damage, Attack Speed, Crit Chance, and more, which will be useful in combat.

The last thing you would want to focus on is choosing a mission with endless hordes, allowing you to utilize all buffs. As the hordes approach you, move into a corner and activate the Until Death passive. Then, attack!

That’s it on our Guide on How To Unlock There is Nothing But Abyss in Warhammer 40k: Darktide. If you are new to Warhammer 40k: Darktide, why not read our guide on Tips & Tricks? It is also important to know the Best Classes in the game, as all the classes differ from each even the weapons they use are different.

To enhance your combat experience further, read our Veteran Builds guide and gets the maximum damage possible. 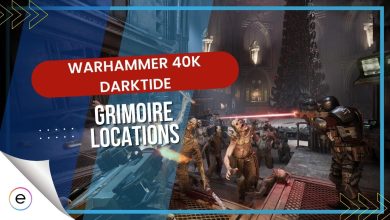