Grounded has recently finally been released to public access after being in early access for what feels like forever! It was released to players worldwide on September 27th, 2022. The early access was open to players starting from July 2020, making it all the more of an anticipated release! In our Grounded Multiplayer Not Working guide, we will uncover the best ways that you can fix the issue at hand!

Now, before we get to the issues you might be facing, let’s have a brief rundown of how you can host and play with other friends.

When you’re at the main loading screen, there will be a few options that you can choose from. One of them being “Single-player,” “credits,” “option,” and quit. The other options available for you will be known as Multiplayer.

One thing that players will need to take note of is that players can crossplay both on Steam as well as Xbox too. Anyways, click on Multiplayer, and you will be shown two different options ranging from “Host Online Game” and “Join Online Game.”

After clicking on “Host Online Game,” you can either choose to continue or click on a new game to start a new session. After that, there will be a few options from your saved worlds that you can invite your fellow friends to play in. If you want to host your own rental server for you and your friends to play with, you can use SurvivalServers to do so!

It will instantly start creating a lobby; once you do so, players will have two options to find your user.

Once you start the game on a test client, you can have your friend join in, and it will show up in the new world. Right! Now that we’ve given a brief overview, let’s figure out how to tackle this issue, shall we?

Moving on, let’s look at some of the biggest ways you can fix up your multiplayer sessions that simply refuse to work so that you can enjoy the game with your friends.

As can be seen from the image above, fixing your Date and Time will be the first method. Whenever you attempt to load into a new lobby, you might get the issue that the “Creating Lobby” option gets stuck on the loading screen and simply refuses to move forward eventually, after which it will showcase a “Hosting Game Error” issue.

To fix the issue, the easiest way is to quit the game simply, and if you’re playing on a PC, then you want to hover your mouse over to the bottom right corner where you can typically access your Internet and check your router settings, etc. from there, you can click on the “Date and Time” option.

From there, you want to go ahead and click on “Adjust Date/Time,” which will be the second option from the top. Once you’ve done that, it will open up a dialogue box that fully displays the date and time settings.

What this does is that it will instantly sync up the game to the official time that is being displayed on the servers.

Another easy PC fix will be to restart your computer simply; the easiest way to do this will be to head over to the bottom left of your screen, where you can view the Windows button. Click on that, and you can simply power down your PC.

Restarting the PC will allow errors that might have occurred in the game load itself, or there might have been issues whereby your PC might not receive a certain type of command correctly.

Now, another thing you can try your luck on will be known as “Power Cycling,” which consists of manually having to figure out a way to power cycle the console or your PC.

The best way to go about it is to go over your systems. If you happen to be using an Xbox console or PC, you first need to ensure that both your console and your PC have been completely shut down, which you can refer to our method above.

After doing so, you will need to locate the main power cord connected to any power outlet in your sockets. After that, unplug the main wire from the socket, and ensure you wait for a few minutes.

Plug the cord back into the socket, and start up your PC or Xbox, and from there, you can load up the game again to see whether you can host an online multiplayer session with your friends or not.

One major complaint players consistently have regarding multiplayer is that players aren’t slow to deliver their complaints to the developers. The main way they make the developers aware is by consistently starting a hashtag trend on Twitter until the Devs can figure out a proper solution.

Consistently checking the official accounts or Discord servers will allow players to stay up to date with any issues that might occur. Typically, devs figure out the issue and fix it within a few hours.

If the main issue that you’re having with multiplayer is that you aren’t able to invite your friends and aren’t able to start a lobby with them, then you can find an easy way around that, as can be seen in our image.

If you press on Space again, you can send out a manual invitation that will let your friends know that you’re online and ready to play the game!

Now that we’ve figured out a few official solutions, you can resort to a few methods to counter Grounded Multiplayer Not Working issues that might be a bit unorthodox but will work nonetheless.

Another fix you might want to look into is accessing the Xbox Networking. If you’re playing on an Xbox console, then you’ll already be pretty familiar with how the consoles operate.

Therefore, you can head over to the search bar on your Xbox, from where you want to search up the keyword “Xbox Networking,” which will open up a pop-up box that will display a few different settings, most of which will be related to the network connections within Xbox. Internet speeds can be checked by using websites like Ookla’s Speed Test.

Below that, it will show its NAT Type and the overall server connectivity. If it says it’s “unable to qualify,” you will see two boxes below. One is “Check again,” which will simply check the connections for a bit. However, clicking on “Fix It” will prompt Xbox to block the official multiplayer servers, after which you will need to restart your Xbox to bypass the blocked multiplayer session and play normally.

Another method that you can check out is by reaching out to the friends that you want to host a game with, whether their clock has been set to the correct time or not. Typically, the issue might be that your friend might have their clock set one or two minutes behind as compared to the times on the official servers, which can cause major issues down the line.

Yet again, a simple fix might be to simply go into settings, open up your internet connection, disconnect it, and start it again, which will typically fix any major issues.

The game features a survival-based video game that was released and developed by Obsidian Entertainment and published by Xbox Game Studios. So far, there are only two main platforms that support the gameplay: PC and Xbox consoles.

It features a single-player experience where players must consistently fight for their survival while consistently surrounded by danger no matter where they look. Apart from the single-player, it also offers an immensely immersive multiplayer option. With that, we will wrap up our Grounded Multiplayer Not Working guide! 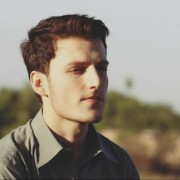 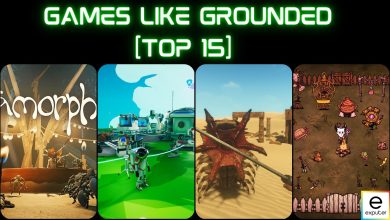 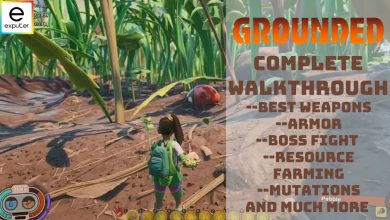 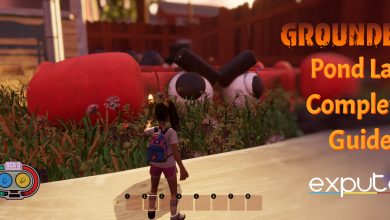 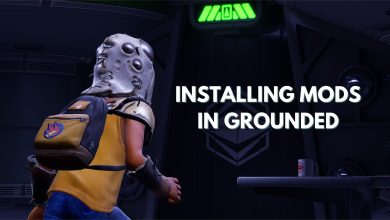