High On Life is a recently released shooter that places most of its focus on guns that talk and a pretty unusual but fun storyline the game itself is wacky, to say the least. Some players definitely might want to know who are the High On Life Voice Actors for their favorite weapons in the game!

Kicking things off, we have Justine Roiland, who was known to play a weapon in the game that is known as Kenny. Kenny itself is known to be a pistol-type weapon that can be found in the game, and it will have a base ammo of 15.

Kenny is going to be rescued from the G3 Cartel objective, and players will need to complete it in order to get the default weapon fully. Whenever players progress through the G3 Cartel invasion that takes place on earth, there will be a dead alien where Kenny can be encountered and picked up by the players.

Now when it comes to the works of JB Smoove, there are quite a few that players will be able to recognize him from:

In order to get their hands on the weapon, players will need to complete the Krubis Bounty, and it will have an overall base ammo of 3. Now, when it comes to the abilities, the gun will have an ability that will be called Disc Shot that will come in handy in order to summon forth platforms that will be able to allow players to move from cliffside to cliffside.

Next up, the next weapon that we would like to talk about will be known as Knifey which was voiced by Michael Cusack. The weapon itself can be picked up whenever players are busy doing the 9-TORG bounty, which is going to be a bounty that will take players a little bit of time.

Now, when it comes to his vocal works, he will have taken part in a selected curation of tv series as well as TV shorts such as:

As the name suggests, Knifey is going to be a melee-type weapon, and as for its overall abilities, it will have one ability that will be known as Tether, and it will simply be good for exploration and moving around from one ledge to the other so that the player does not have difficulty exploring.

Now, when it comes to Lizzie, she will not be any weapon; rather, players will be able to find her to be closely related to the main character o the storyline, specifically their sister. When there is a major invasion that will take place on Earth, which is known to be the G3 Cartel invasion, Lizzie will have a massive plan to throw the sickest party that she can imagine.

Her personality remains blunt but caring on the inside, and throughout the main storyline, players will be able to find her condescending by mouth, but her caring nature slips out here and there. There will also be a point where players will need to go ahead and rescue Lizzie, which will then become a smaller objective that payers will have to complete.

When it comes to the voice actor of Lizzie, players will be able to recognize her to be voiced by Laura Silverman who is a lesser-known actor but nonetheless did an amazing job at voicing Lizzie.

Next up, we have yet another weapon that is quite wacky looking. Players will be able to get their hands on the Creature weapon, which will be a Projectile Launcher type, and it will have a base ammo of 6.

Players will be able to get their hands on the weapons whenever they are doing the Skrendel Bros bounty, and the bounty itself will be a bit on the longer end, but nonetheless, it won’t be all that difficult. As for the abilities, there will be Birth Blast, which can come in handy in order to go past electric boxes.

As for the voice actor, players will be able to find his voice to be Tim Robinson, who is mostly known for his writing works such as:

Next up, we have yet another weapon that is called Sweezy. Sweezy is known to be a rapid-fire type pistol; the weapon will have an overall base ammo of 25, which is higher as compared to a creature or other guns.

In order to unlock Sweezy, players will need to go ahead and complete the Douglas Bounty, which will take players a little bit of time, but once they do, they will have Sweezy as a weapon in their arsenal and can use it whenever they so, please. Now, when it comes to abilities, Sweezy will have an ability that is called Time Bubble, which grants players the ability to immediately slow down an object that is moving way too fast.

Another of the popular High On Life Voice Actors that players will be able to encounter whenever they play High on Life will be of Gene, who will be voiced by Dave Herman.

Now, Gene won’t really be a weapon that players can use, rather players will come to a point in the storyline where they will have to find Gene, ad he will be speculated to be the solution to the G3 Cartel invasion that was going to overtake Earth in the near future. Players will need to find Gene, and it will be a bit of a long trek actually to encounter him.

As for the voice actor, players will be able to take note of Dave from a few other works of his, such as the following:

Now that we are done with the main voices, there will be six more High On Life Voice Actors that players will be able to come across that will not play any main roles but rather will just be extras.

One of the first additional voices that payers will be able to find will be Nolan North, who can be found to be working or has worked on the following projects:

As for Tara Strong, she will be recognized for these works of hers:

Now, when it comes to Kevin Mcdonald, he will have voiced Dr.Giblets bas well as the Green Guy in Saloon, but he can be recognized for his works like:

Moving on, we have Maria Bamford, and she will be recognizable for these works of hers:

Next up, Thomas Middleditch can be found voicing Ranchy in the game, but he can be found through these roles as well:

As for Mary Mack, she will be voicing Jor and can be recognized for these works as well:

Last but not least, let’s rapid-fire all the other extras that can be found that are at least credited.

And there we have it! All the voice actors that we could find took part in the game, and with that, we will wrap up our High On Life Voice Actors guide! 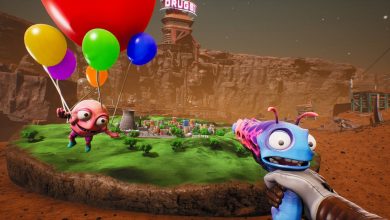 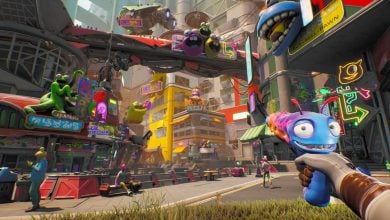 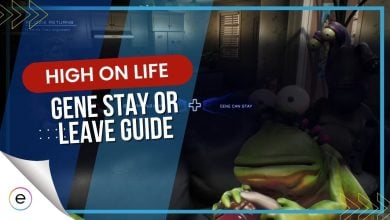 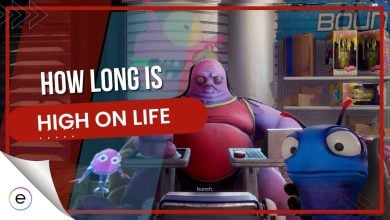