The saddle is an essential item available in the 1.18 update of Minecraft as well as the Bedrock edition. This item is used to ride mobs in Minecraft. You can obtain a saddle from fishing and trading. However, you can only trade Saddle in the bedrock edition of Minecraft.

Additionally, it can also be obtained when our player with the saddle dies. You can use a saddle to ride horses, donkeys, pigs, skeleton horses, mules, and striders.

Can You Make a Saddle In Minecraft?

You cannot make a saddle in Minecraft by crafting. However, you can obtain it by using a wide variety of methods, including mob loot, chest loot, retrieving the saddle during fishing, and even during trading. The easiest way to secure a saddle is by finding it in a Dungeon chest.

Now that you know the basic answer let’s dive into the more in-depth explanations of finding a saddle in Minecraft.

How to Get a Saddle In Chests

As iterated earlier, finding a saddle in chests is the easiest way to get it. One of the first places that you can look for a saddle in Minecraft is a Stronghold. Chests placed on an altar in Strongholds have a 2.5% chance of housing a saddle. The following is what an “Altar Chest” looks like in the game.

Another location to look for a saddle in the game is a Dungeon. Surprisingly, Dungeon chests have a 28.3% chance of carrying a saddle within, so definitely one of the best places to try your luck in.

However, if you truly want to get that saddle in your first go, the Nether fortress is the way to go. This location packs a whopping 35.3% chance of sporting a saddle, so you’ll certainly get this resourceful item after opening up a couple of chests. Many players have gotten a saddle on their first opened chest. Delving into the “Nether Fortress” does require some exploration. Do bear that in mind before you set out to farm those saddles.

Other places where you can possibly find a saddle include:

How to Get A Saddle During Fishing

Not wanting to make discoveries and venture into the unknown for a saddle? There’s another way to get your handles on a saddle, and it’s through fishing. Your objective here is to get close to a water source and whip out your Fishing Rod, which is a specialized item in the game that lets you partake in fishing. Alternatively, you can also create a water source yourself if you cannot find one.

The next step is to make the rod dive right into the water. Saddles can be found as treasures inside water, so there’s an 0.8% chance that you’ll find a saddle by using this method. This is, of course, without a fishing enchantment equipped.

How to Get a Saddle By Trading

One final way that you can get a saddle in Minecraft is through trading. If you’re not in the mood to pursue the item in question through any of the aforementioned methods, it’s best that you take your nearby village and find a Leatherworker. You’ll find the saddle on the third tier of trades at the Leatherwork NPC in Minecraft.

In addition, you will have to give up Emeralds to get a saddle. About 8-10 Emeralds will be needed, depending on your game edition and level, to bag a saddle. This method is definitely a bit expensive, considering that Emeralds are one of the rarer materials in Minecraft only found in mountain biomes. They’re even rarer than diamonds!

How to Make a Saddle In Minecraft PE?

Minecraft has multiple editions to its name, including Minecraft: Java Edition and Minecraft: Bedrock Edition. However, these two versions of the title are centered around PCs and gaming consoles. The developer has come out with another edition of the game called Minecraft Pocket Edition or Minecraft for mobile gamers.

Therefore, while playing Minecraft PE, if you’ve been meaning to know how to make a saddle, then keep on reading for a descriptive tutorial. The best part is that saddles can actually be crafted in the mobile version of the game. As mentioned earlier, this isn’t possible in the different PC versions of Minecraft. Therefore, without any further ado, let’s talk about making a saddle now.

To make a saddle in Minecraft PE, you will need the following items in your Minecraft world:

You’ll be needing 3 Leather pieces, a single Tripwire Hook, and 2 Lead pieces. The next step goes without saying, but you now have to make haste to the Crafting Table, place the required materials under the “Crafting” section, and enjoy your saddle.

Please note that this is a method of making a saddle in Minecraft that’s only intended for the Pocket Edition. Several players have made the mistake of trying to implement the strategy in question for Minecraft: Java Edition and Minecraft: Bedrock Edition, but to simply no avail.

Now that you know where to grab your saddles from let’s have a brief look into the diverse uses of a saddle. This is to ensure that you properly understand this item and its reach in the Minecraft world.

What Does a Saddle Do in Minecraft?

You’re primarily going to need a saddle to ride a certain category of mobs in Minecraft. Therefore, this seemingly minuscule item is potent enough to enable your transportation in the game. Getting from point A to point B would’ve otherwise been no less than a gut-busting nightmare.

With your reliable saddle by your side, you can ride the following mobs in Minecraft, given you fulfill one more prerequisite that we’ll get to shortly.

Horses are one of the fastest means of transportation in Minecraft for a player. The maximum speed that they can reach is about 14.23 blocks per second, with the average speed clocking in at nine blocks per second. The thing about horses is that once they are tamed, they can be ridden without the need for a saddle. However, when you want to control them, you will require a saddle.

People often ask: How to make a saddle in Minecraft PS4, and that’s mostly because of the trophy associated with it. Therefore, having a saddle at your disposal not only lets you tame pigs in Minecraft but also paves the way to unlocking a 40G trophy.

The trophy on PlayStation 4 revolving around pigs is called “When Pigs Fly.” You have to ride a pig using a saddle and then make it fall with a fall distance of 5. Doing so will unlock the trophy for the player and earn them 40 Gamerscore.

It’s also worth noting that in order to control the pig, you will require a carrot mounted on a stick. Sounds pretty weird, we know, but it’s just one of the game mechanics that you have to make do with.

A strider is another type of mob in Minecraft that can be equipped with a saddle. This means that you can ride a Strider, but you still won’t be able to control it. To do that, you’ll be needing another add-on. Similar to how you used carrot on a stick for a pig, riders require warped fungus on a stick.

Striders are passive NPCs that can be found striding on lava. They are present in the Nether world. It’s worth noting that this mob cannot be tamed like horses, so you’re just better off riding them whenever you need to. Lastly, if you want to retrieve your saddle after equipping the strider with it, your only option is to deliver death to the strider. The same goes for pigs.

Mules and Donkeys can be grouped in a similar category. Both of these animals can be ridden without a saddle, but in order to steer and control them, a saddle is a must. What sets them apart from mobs like striders and pigs is that they have their own inventory. This means that even if you equip a saddle on a mule or a donkey, you can easily get the item back without having to kill the poor souls.

How to Make a Llama Saddle in Minecraft?

You cannot make a llama saddle in Minecraft.  However, you can give food to it so as to tame the llama, and only then will you be able to mount it in the hope that it is tamed. If it is, you can use a Lead next to guide the llama around. That’s about it as far as dealing with a llama is concerned.

Llamas are neutral mobs in Minecraft that sure look cute. As iterated earlier, they can be tamed but not using a saddle. They are found in the areas of Windswept Hills and Forest, Savanna, and the Savanna Plateau. In order to tame a llama, you’ll be needing to grab ahold of a couple of resources. These include Wheat and Hay Bales. Feeding food to a llama is the fastest way of taming it.

However, you can also tame a llama by repeatedly trying to mount it. It’ll kick you off more times than you’d like to admit but sooner or later, it’ll give up and begin to form a bond with you. It’s only when the hearts start appearing and gravitating upwards that you’ve finally tamed a llama. Hard work does pay off.

Minecraft is a fairly involved game that is willing to get as complex as much as the player is willing to make it. You can make the best farm ideas in the title come to life, with some of them being exceedingly eccentric. Apart from all the building-oriented gameplay of Minecraft, you can take to the diverse lands and mountains with your trusty equine, but setting out for an adventure without a saddle is going to be nothing but futile.

That is exactly why we’ve scribbled down a guide on how to make a saddle in Minecraft. All the possibilities have been mentioned on nabbing this item in the game above, so there should be flexibility in choosing whatever route seems more smooth or easy-going to you. A helpful tip would be to sport the Smite axe enchantment while taking on the Nether world. Find out how to get Smite and a bunch of other tip-top enchantments for your axe in The Best Axe Enchantments in Minecraft.

When it comes to the vibrant and dynamic open-world of Minecraft, the sky is the limit, from creating amazing builds to erecting lavish houses and castles in the game. Mounting a horse or another equally capable mob in the game, you’re going to need what is commonly known as a saddle. This little item is essential to have if you want to enjoy Minecraft at its core, but finding it for yourself can be quite the challenge.

Minecraft is a block-oriented title that features a whole world to traverse, explore, and make your own, so the experience is definitely something not to miss out on. However, you’re not going to do that all on foot – the land stretches within the Minecraft sandbox can often get a bit too tedious to brave alone. It’s in cases like those when having a trusty companion by your side can pay off quite heavily. So without further ado, let’s jump right into how to make a saddle in the game.

Next: Minecraft stuck on Mojang Screen 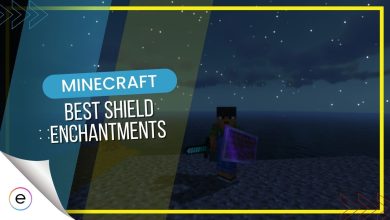 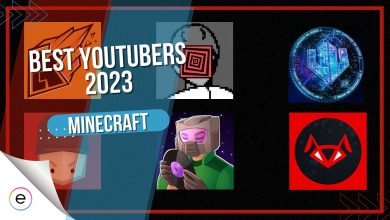 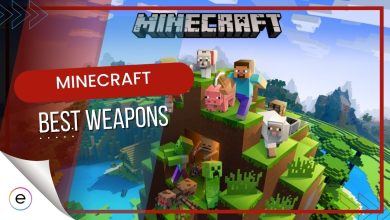 Minecraft: 12 Best Weapons You Should Get