Fall Guys is still going strong as the developers have kept the game rejuvenating for new and old players alike. The slew of updates, including cosmetics, changes, new minigames, and collaboration with big names like Sonic and Doom, has played a significant role in the longevity of Fall Guys all these years.

The impending season 3 is just as enticing, if not more, than the prior ones. Fall Guys is ready to start Season 3: Sunken Secrets following the holidays, and this time, it takes us deep into the ocean’s depths. It will begin tomorrow, Nov. 22, and the upcoming release notes will include all the features and fixes for the update.

The season pass will incorporate well over a hundred levels, emotes, celebrations, costumes, and much more. Moreover, The pass also includes a free version for beans not wanting to spend a dime so that everyone can commemorate the new season. Check out the Fall Guys Season 3: Sunken Secrets cinematic trailer below.

Fall Guys is partnering with prominent figures like Spongebob Square Pants, Ultraman, and Skyrim. The collaborations bring forth a variety of new costumes and unlockables for the beans who dare to explore the ruined underwater city. The art featured by developers gives us glimpses of how beans will rock the outfits.

Furthermore, On Dec. 1, beans will be able to unlock SpongeBob Squarepants, Patrick Star, Mr. Krabs, Sandy, and Squidward outfits alongside a “Snail’s Meow” Gary the Snail-themed hat. Fall Guys Season 3 will also include a new “Imaginaaation” emote for all players with SpongeBob’s unerring positivity.

The new season will also see five new themed rounds in the rotation. The first, Blastlantis, will see beans trying to dodge incoming balls while staying balanced on the unsteady arenas. Hoop Chute sees users accumulating points by belly-flopping through hoops laid out along a slide.

Puzzle Path has four back-to-back labyrinths for maze-loving players to navigate, altering maze designs. It will make you grind your gears before choosing each path and may require some expansive insight to one-up the opponents.

Speed Slider looks like the typical Fall Guys race on a slide but demands the use of the new Dive Slider mechanic, which essentially makes the beans slide using their rounded tummies to reach the finish line the fastest while avoiding obstacles.

Finally, Kraken Slam integrates the mighty Kraken itself by making its giant tentacles attempt to smash the beans. It is an innovative take on the “don’t fall off the stage” design, making you rethink before jumping across each shaky panel to avoid certain doom.

A “Let’s Get Kraken” event will also debut on Nov. 29, adding two challenges and a vast array of event rewards:

Fall Guys has survived an extended drought period, seeing a considerable rise in the bean population after it left the Steam platform for the Epic Games store. For instance, the concurrent players shot through the sky after going free to play, breaking all previous records. The title keeps improving with each new season and collab.

What are your thoughts about the upcoming Season 3 of Fall Guys collaborating with Spongebob Square Pants and Skyrim? Are you excited about the portrayed theme the developers have chosen for this season? Do let us know your opinions in the comments below. 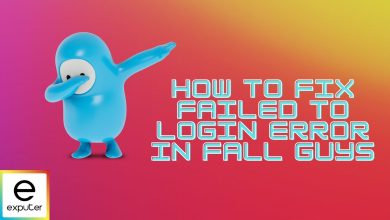