Released in June 2020, VALORANT quickly became a worldwide sensation. It took the world by storm and the pandemic certainly helped its numbers. The game has been growing consistently over the past few years and has a huge player base to boast. So, releasing a mobile version of VALORANT was a no-brainer decision for Riot Games. We don’t know much about this mobile version of VALORANT as of yet. However, a new leak gives us an exclusive sneak peek at the game’s testing stage.

One of the leaked screenshots shows the character selection screen in VALORANT mobile. We see the commonly played Initiator, Sova, in this screenshot, alongside some other recognized characters from the game, like Skye, are also visible in this screenshot. So, we will most probably see all of the Agents in the mobile version of VALORANT.

Another leaked screenshot gives us a clear look at the gameplay of VALORANT Mobile. The first-person view of the game is visible with Chinese instructions written just above it. We can also see the game’s HUD and controls for the first time in this screenshot. Mobile games are heavily criticized for having difficult controls that make them unplayable. However, VALORANT Mobile looks very simple and plain with regard to its controls. Obviously, we will only get a better idea after playing the game.

Some other leaked screenshots that showcase the different menu screens can also be seen in the tweet. One has Sova and Cypher present in it and is most probably an introduction menu, while the other one is the pre-lobby screen from the game. At the moment, these are all the leaks we have about this upcoming mobile version of the game. While these screenshots may seem promising, do take them with a grain of salt, as these aren’t officially confirmed yet. 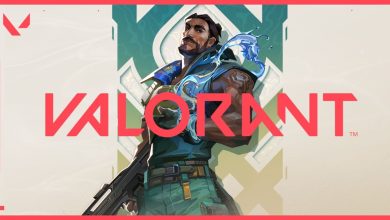 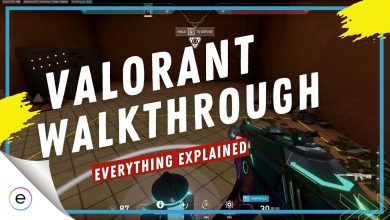