The first Hello Neighbor started a huge stir online five years ago, and you couldn’t open up YouTube without coming across at least a dozen or so videos about it. From reviews, to let’s plays, to even theory videos, the game kicked up quite a storm over the years. And now after a long time, our Hello Neighbor 2 review is finally here to discuss the much-awaited sequel.

The story in this sequel still doesn’t have much depth, but the gameplay and mysteriousness are more obvious. Mr. Peterson even has a really nice-looking sweater vest. So let’s discuss all of that in more detail below.

The events of Hello Neighbor 2 take place in between the time jump that occurs in the first game, and the adversary, Mr. Peterson, is still alive and has left his home. The titular ‘neighbor’ in the sleepy town of Raven Brook has more to hide in the follow-up, but this time, he’s not by himself. You take on the role of a local reporter named Quentin, who is investigating the matter of the missing children and trying to learn more about Mr. Peterson’s whereabouts and what happened to the kids.

Cutscenes basically just connect the levels, but they don’t really do much else. And since there is no spoken dialogue, we have to interpret the visual storytelling by ourselves. You can feel the undertones of the game in the levels and the atmosphere, and the developers wanted us to come up with our own theories about what’s going on. It makes the whole thing a lot more interesting to be sure, and I still have a ton of unanswered questions after finishing the game.

And while that all sounds really interesting on paper, nothing in Hello Neighbor 2 will actually hold your attention unless you are some sort of series fanatic. The plot is weak, and you learn little about the town’s happenings or the motivations of the characters. It’s just as bland as before, but it’s also primarily aimed at children. Adults shouldn’t expect much consistency or seriousness from the title because it’s not technically aimed at them.

If you played the first title, then you already know how the sequel is going to be since it’s basically the same game with more content. Basically, it’s a first-person experience with a lot of puzzle-solving.

As the journalist, you will explore multiple Raven Brook homes during the course of the game. Each residence contains a multi-step challenge that must be solved, and it creates the impression of a reverse escape room. You’re basically searching for a key or a piece of a puzzle that will reveal a number or a code that will then enable you to explore even more of the house before reaching the final destination, rather than going through every room.

An enhanced AI system has changed the game, and the multiple new neighbors are always beefing up security in order to stop any of our break-in attempts, so players have to stay on their toes and change up their strategies. It can be a bit scary at first trying to figure out how to sneak in while they try to stop you, but trial and error eventually will get the job done.

Then you have some really intriguing new mechanics that build on aspects of the prequel. The ability to open windows is the first one, which wasn’t possible in the initial title, but it seems like it would go well with the notion of finding any way to sneak around these places. The finest aspects of these games are always exploring the horrifying environments and solving their challenges, which makes the experience even more alluring.

The open-world gameplay in Hello Neighbor 2 is another small new aspect of the title. This game features many new areas, each of which has its own riddles and hints to uncover, and that requires a lot of backtracking in between. And since the game truly leaves it up to you to figure things out on your own, it feels fairly satisfying when you make progress. As a trade-off for the small open-world map, the suspense, and the horror atmosphere are virtually gone.

They tried to make Hello Neighbor 2 a “family-friendly horror game” but it didn’t turn out too well. It’s like being stalked by an old dude with a shotgun, but it looks kind of lame with all the improved visuals and Pixar-like aesthetic.

And sadly, there are a ton of bugs and glitches in the game right now. Have you ever opened a door and fallen through the floor? Well, that’s in this game, plus the neighbors think that you cease to exist as soon as you leave through an open door.

On top of this, the title has some general wonkiness that made the gameplay a bit too unpredictable. Working out the distance for jumps and what you could grab onto was a major pain. And moving around was a real headache because it felt like I was constantly having to fix jumping problems. Plus, the game was full of glitches where I could see through walls and doors, and objects were bouncing around and going through each other.

Hello Neighbor 2 is a game with a complex design, which can be difficult to produce with a small team. It is an improvement over its predecessor, with a strong level design and challenging elements integrated into the AI and puzzles.

It is way better, bigger, and more organized than the first one, but it’s also really empty because of that size. It’s definitely got more of an open sandbox feel going on, which is awesome. But it’s still kind of just one way, which is kind of a bummer.

The plot may not be immediately accessible for new players, but experienced fans should be able to appreciate the intrigue it offers. The puzzles have been improved, making for a more enjoyable experience, but there are some drawbacks to the game. This is not really a horror game, it’s a ‘family-friendly’ experience first.

This has been our Crisis Core Final Fantasy VII Reunion Review. While you’re here, consider checking out some of our other articles.

Hello Neighbor 2 is a bigger game than its predecessor and it’s also more complex. But it still feels really mundane, and its numerous bugs at launch don’t help either. 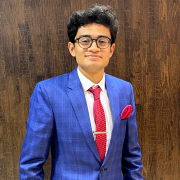