Recent content addition to Ark: Survival Evolved has included a fresh new expansion map known as Fjordur, which also includes a variety of one-of-a-kind species. This map may be downloaded completely free of charge by gamers on any system, including Mac and Linux users. In the world of Fjordur, there are three kingdoms, and they are all based on different aspects of Norse mythology. Griffin in Ark Survival Evolved is one such beautiful beast that you need to find and tame in the game.

ARK: Survival Evolved has a wide variety of bizarre and wondrous uncommon species that players can engage in combat with, tame, or, more likely, flee from. The game takes inspiration from the animal kingdom as it exists now, as well as from extinct animals such as dinosaurs and the Megalodon, along with other legends.

However, some of the species in the ARK Survival Evolved are considerably harder to get across than others, and even for seasoned players, they may be rather challenging to capture. In ARK: Survival Evolved, the spawn rates for the game’s rarest animals are limited; that is why in this guide, we will be covering everything you need to know about Griffin.

We will specifically mention how to tame it, what abilities it has, and some pro-Griffin tips and strategies. If you want to grow your skills and all sorts of other ark-related tips, then keep reading.

What Is Griffin In Ark Survival Evolved?

Griffin, by the looks of it, is an imaginary being from Greek Mythology, with the body of a lion and the head of an eagle often used symbolically in the military to denote strength, courage, and leadership. It is one of the new creatures from the Ragnarok, The Expansion Map. You can find them in the west section of the map, and Crystal isles are one very specific spot you can find them.

The best places to spot a griffin are up on a mountain or amid some trees, where they are either alone or in pairs. They have a relatively large aggressiveness range and will pursue a human for a significant distance before giving up the pursuit.

Even though just a slight degree of knockback is inflicted by their strikes, it is still possible for a survivor to be pushed over the edge of a ravine and die there. Because of this, more caution should be needed to be aware of your surroundings.

The Griffin is an unexpectedly hardy adversary, and unlike other flying animals, it does not appear to receive the additional damage from ranged weaponry that is often dealt to them.

The good news is that their assaults look to be rather weak in contrast to the attacks of other flying animals of the same level, and it is simple to evade their attacks because of the huge maneuverability that they possess.

Ark Survival Evolved Griffin has the potential to ambush a survivor when they are on the surface. They appear to be easily sidetracked, and they frequently alter their focus on other things.

A decent tactic would be to score the initial impact with a long-range armament like a rifle or a bow and arrow. This would be an effective plan. The griffin will pursue you from that location onward.

You would either need a lot of endurance and a high movement speed, or you will require a speedy mount with mounted weaponry in order to complete the section of the plan. You may achieve a solid shot to the head by making the griffin chase you so that it follows you on a set path rather than surrounding you.

It can be accomplished by convincing the griffin to chase you. When you are at a distance that allows you to avoid being struck by its assaults but is still close enough for you to score a few strikes on it with your distant armament, aim for the head and fire. Switch between trying to get away from it and assaulting it until it finally starts to run away.

Continue shooting at it until it eventually loses consciousness or expires, whichever comes first. Because of their tendency to encircle the player at close range, ranged weapons and spears appear to be successful.

Also, be wary of other enemy creatures in the region, especially Carnotaurus and Terror Birds, as the places in which they originate are home to a large number of both types of creatures. These foes are no match for mounts like the Rex, which have attacks with a large area of effect and respectable damage output and can quickly dispatch them.

How To Tame Griffin In Ark Survival Evolved

In order to tame a Griffin, you will have to knock it out. We recommend using a trap for that purpose. The first trap is essentially the Argentavis trap, but instead of using it for an Argentavis, you can use it for a Griffin. This trap is a three dino gateways and two dino gates with a gap large enough for a pteranodon to fly through.

You quite simply have to aggro the Ark Survival Evolved Griffin and lead him into a trap and turn around to close the gate. It is the low-priced, most available trap considering you might have one or two near a Griffin spawn.

The second trap is much more expensive but far easier to use. It consists of 6 foundations, 18 door frames, six ceilings, six pillars, and a Dino gate. You simply have to fly the Troodon through, land at the back of the trap, and run around to close the gate.

The reason why this trap is easier and more convenient is that you just fly the Troodon on straight through, no fuss, no worry, just hop off still aggroed on Troodon. Now that these doors are out, you just close the door. You also have all these holes to shoot through. Anyways, once you have gotten the Griffin into the trap, you have to knock it off.

You can totally knock out a Griffin with a Crossbow because a Griffin has a 13% chance of dying during a knockout process but make sure not to use a primitive crossbow; chances are you are going to kill it, and you will be left absolutely shattered at the end of that attempt.

You can use a primary long neck if you want because they do not cause as much damage, and they do more torpor. We strongly recommend using either mutton or kibble, simply to save you hundreds of narcotics and lots of time.

Griffin has a super high torpor drain of 7.4 torpor per second. That means you will need 220 narcotics on official settings to keep it knocked out if you are using raw mutton.

Griffin’s favorite food is, of course, extraordinary kibble needing 11 for official and reducing narcotic usage to only 75. It would be sort of unkind if we didn’t tell you to find the highest level Griffin out there.

Griffin is non-breedable, and so getting a high-level Ark Survival Evolved Griffin will almost always get you good stats, so be really patient with this guy; take your time.

All Griffin Abilities While Riding It

Now that you would have tamed Griffin, let’s talk about Griffin’s abilities. The most useful activity of all is the diving ability.

Griffin is capable of using gravity to accelerate itself to a pretty high speed. Just hold sprint, point down and pull back up to utilize the speed you just gained. Also, keep in mind you can’t be holding anything while you are doing it; otherwise, the Griffin straight up won’t dive.

Griffin has got four attacks:

The Claw is Griffin’s primary attack, and its hitbox is a full 360 degrees around it, meaning that the Castoroides at the beaver dam don’t stand a chance if your Griffin has melee damage. Damage caused by The Claw is 27. The Range of the Claw is 500.

The dive bomb is triggered when you hit the ground head-on while the griffin is diving. This damages all the creatures in Griffin’s immediate vicinity, which is pretty useful for small groups of Dinos that are clustered together.

The diving swipe is pretty amazing and can deal a base damage of 188. It means that the Griffin is essentially a master of Guerilla warfare or hit-and-run tactics. You dive in, hit the target, and swoop out. You’re like a dive bomber from world war two but on a mythical flying beast which is a pretty bomb.

Lastly, the Grab attack allows the Ark Survival Evolved Griffin to pick up creatures as big as the Megalanian. The Griffin allows a passenger to ride along with you as well as allows you and your passenger to utilize weaponry while mounted.

This is very beneficial for taming creatures you don’t want to build traps for but also definitely don’t want to die from, especially considering that the Griffin has really nice movement that allows you to lean forward, back, left or right. You might use the exact movement when building high up or in awkward places.

Sometimes when you are traveling, you might find that you get a little low to the ground or close to the water, and you slowly have to climb your way back up into the sky to be able to dive again.

If you dive and pull up to about a 45-degree angle, you will actually be able to regain some of the height you lost during the dive and maintain a faster, more steady flight without the risk of hitting the water.

Secondly, Griffin combat is best utilized with boom and zoom tactics. This can be really confusing for enemies stuck on the ground depending on how fast you can get in and get out, and confusing your enemies is a tremendous advantage for you in the end/

Also, note that the Griffin shouldn’t be your primary choice for combat, though. Its stats overall are pretty average, and its abilities should only be used in emergencies or if you know you can win a fight. Griffin isn’t the best for dogfights since it has such a poor turning radius.

Overall, Griffin is a super useful creature in ARK: Survival Evolved; and be careful, though, because if you are too close to the ground, the Griffin will try to land, leaving you in a very tricky and scary place.

Last but definitely not least, Griffins are used for traveling and scouting PVP; it often comes down to who has more information, so using the Griffin to figure out who is where and stuff can be really advantageous. 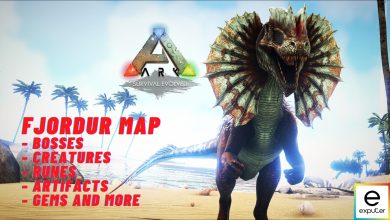 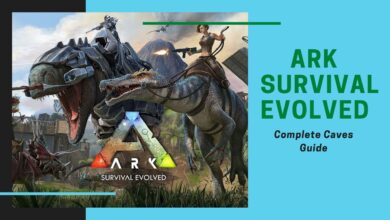 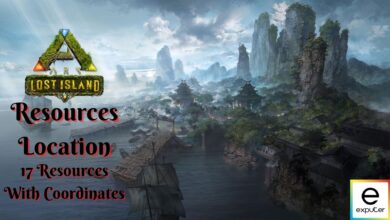 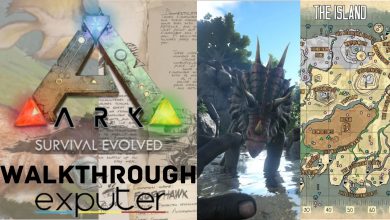