Dunking Stats define how likely a player will be able to jam the ball home when he tries to dunk. Keep in mind that many other factors matter when you consider the player for the dunking. Players’ vertical, height, athletic abilities, and style of playing the game, these things determine how good they can be at dunking. With that being said, in this article, we will discuss the best dunkers in NBA 2k23.

Dunking is one of the most gratifying feelings in the NBA, and it gives a victorious sense. Even if it’s on the fast break or when you go over a defender, finishing it with style is very entertaining. Not only that it ignites the passion of teammates and creates hype while you are at it.

Similarly, in NBA 2k23, you will see a lot of that in action again and a lot of new dunkers. That said,  not all of the players in the NBA are great dunkers. Giving dunking opportunities to some players might just go to waste, and you will lose the score.

He has a fantastic overall rating of 93 and has a total of 30 badges. Also, he mostly plays at Point Guard Position for his team. You might have watched the highlights of the grizzlies and their performance last season, both the regular season and the playoffs, and you witnessed Ja Morant’s two exceptionally well dunks.

Moreover, the player has great athleticism, bounce, and length to deliver great performance. His hang-time is also second to none when it comes to dunking; that is why he deserves the dunk rating of 97. 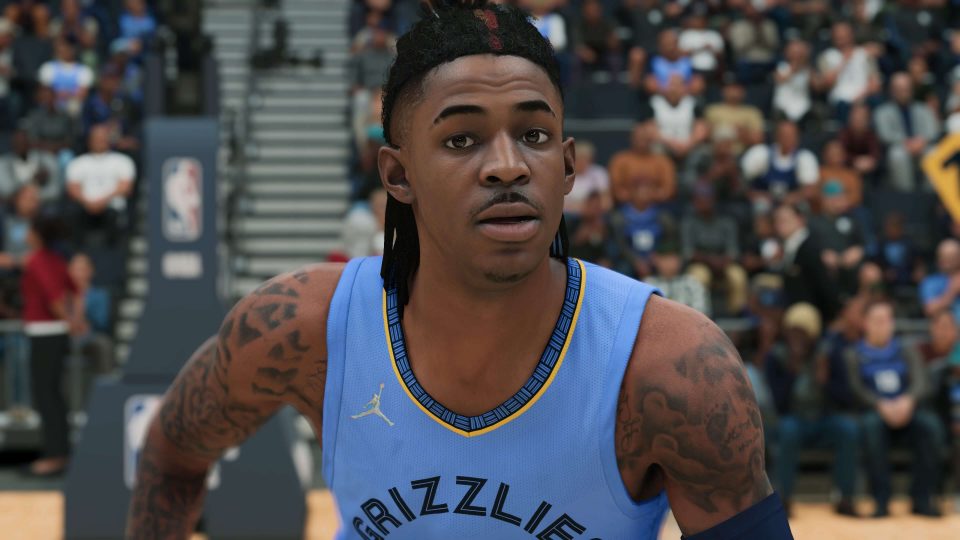 This Player has 87 ratings and 25 badges which are quite incredible and he plays at the Power guard position for his team. People might consider the rating given to Zion Williamson to be generous and not so much deserving. And he couldn’t play the entire 2021-22 season because of the fractured right foot.

However, there is no doubt that this player can pull off some of the incredible ducks in the game, and he is very energetic on the field. But rating 95 or 96 ratings could have been more accurate than his current 97 ratings. 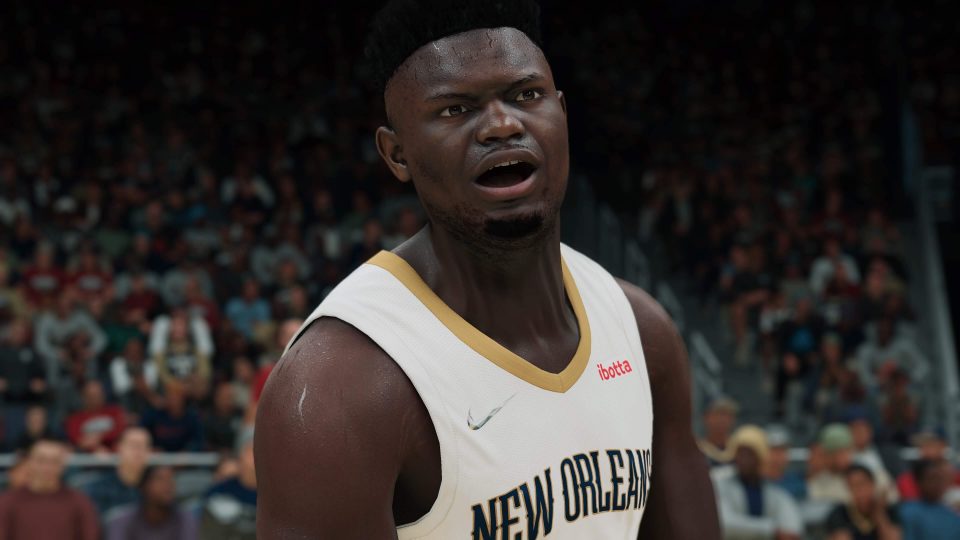 Incredible athlete with an overall rating of 86 and 17 total badges. Last season we all saw how deadly player Anthony Edwards could be on the field and especially as a dunker. He can smoothly glide through mid-air and has tremendous athletic abilities.

Not only that, power and strength are essential parts of Edward’s success in the dunking game. With a 95 Dunk Rating, you expect him to unleash his wrath in NBA 2k23. 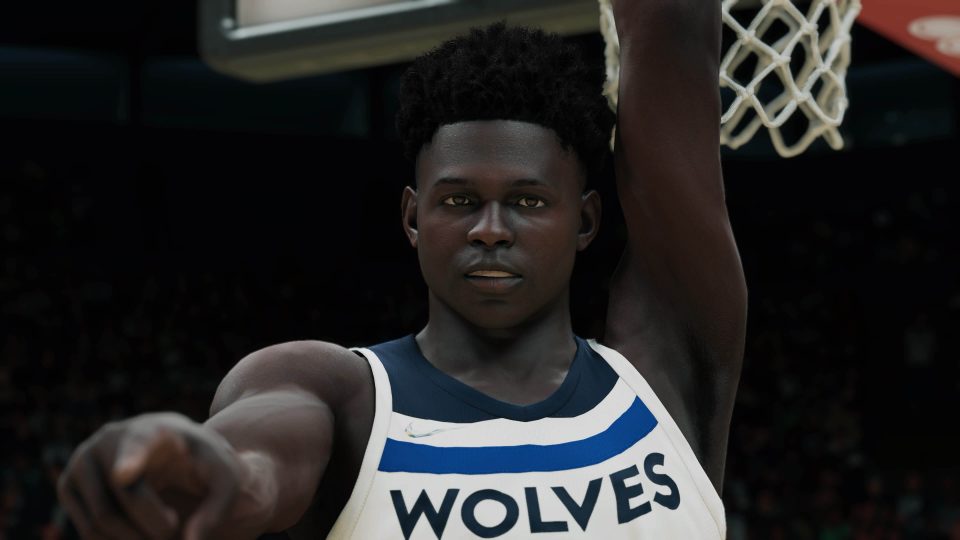 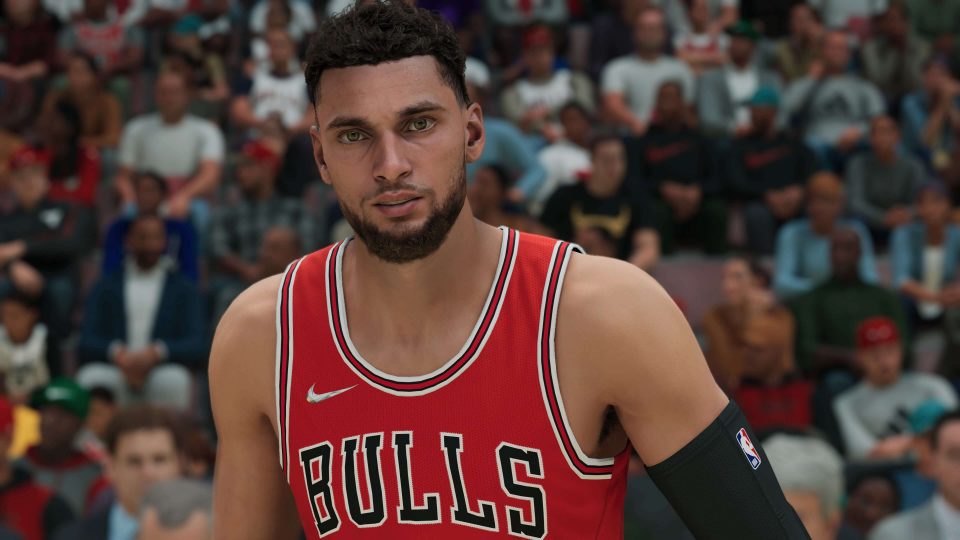 LaVine is an amazing athlete with an overall rating of 88 and a total number of badges of 22. He is two time Dunk Contest winner, and he is considered one of the coolest dunk specialists in the game.

However, LaVine might not bring a ton of flash or fancy style in dunking, but he can take off and elevate brilliantly. Moreover, the player has a 95 Dunk Rating in NBA 2k23, and honestly, he deserves it.

The Player has a huge 6.8 height, and it gives him a great advantage. The total number of badges he has is six, and an overall rating of 79. He is the fiercest challenger and was the best dunk contest runner ups and might be as good as Zach LaVine even though he is big and strong and still very flexible while playing on the field.

It is wonderful to see how precise execution the player does with his dunks is truly remarkable. The dunk rating of Aaron Gordon is 95. 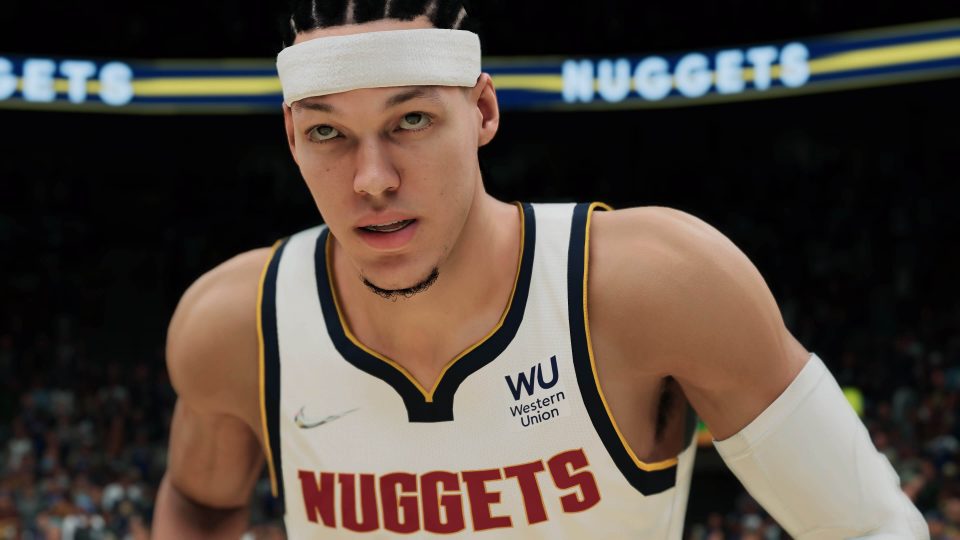 Currently, Derrick has a total of 6 badges, and an overall 2k rating of 74 with an inside-out scorer build in the game. When it comes to dunking, his height helps a lot, and it gives him superiority over other players. Moreover, the derrick is quick with the ball and moves quickly to score. That is why he has a dunk rating of 94 and has earned it. 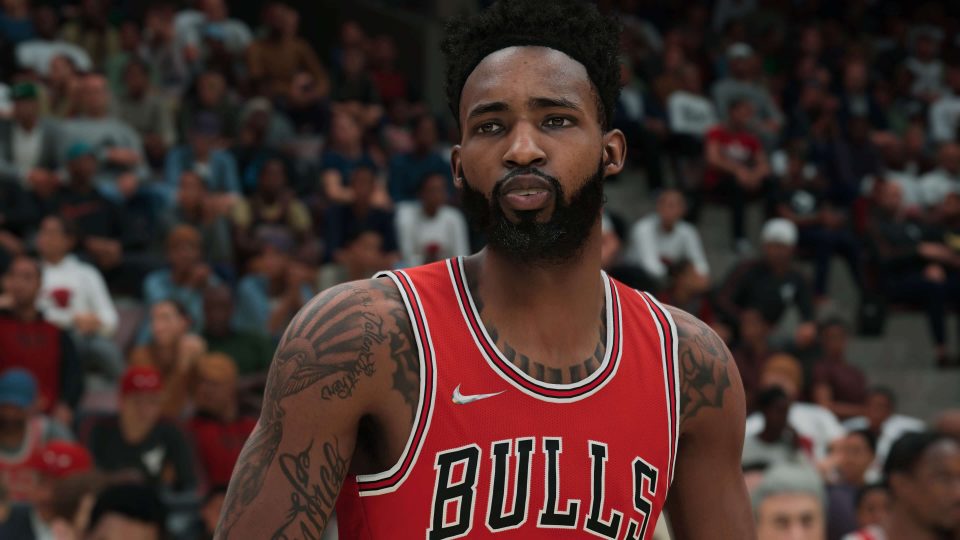 He has a shooting guard position for the Detroit Pistons and has a 2k rating of 76 build is Arc Scorer. Moreover, he holds a total number of only two badges which is a little less compared to others. However, the player has amazing speed and athletic abilities, which makes him a great player.

When it comes to Dunking Hamidou has a 93 dunk rating. Remember to utilize him very well, as he is very energetic and quick to score. 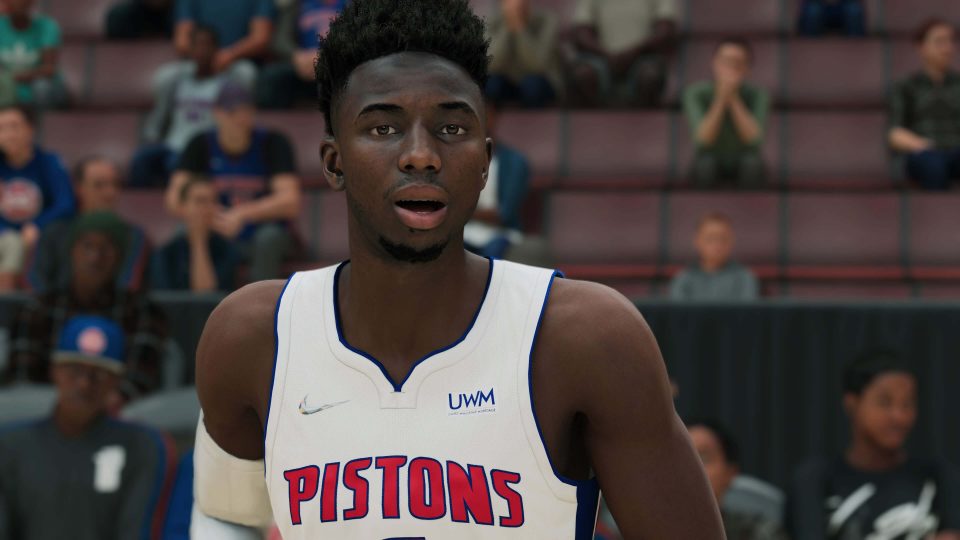 He is not only the best dunker but also a great player overall, with a rating of 83 in NBA 2k23. Plays mostly at power forward or at the center position and has 9 total badges. However, John is a little weak at the free throw and acceleration, so use him accordingly.

His specialty is in doing close shots so that you would use his strengths to your advantage. The Dunk Rating of John is 93, and while playing with him, you will surely do great dunks. 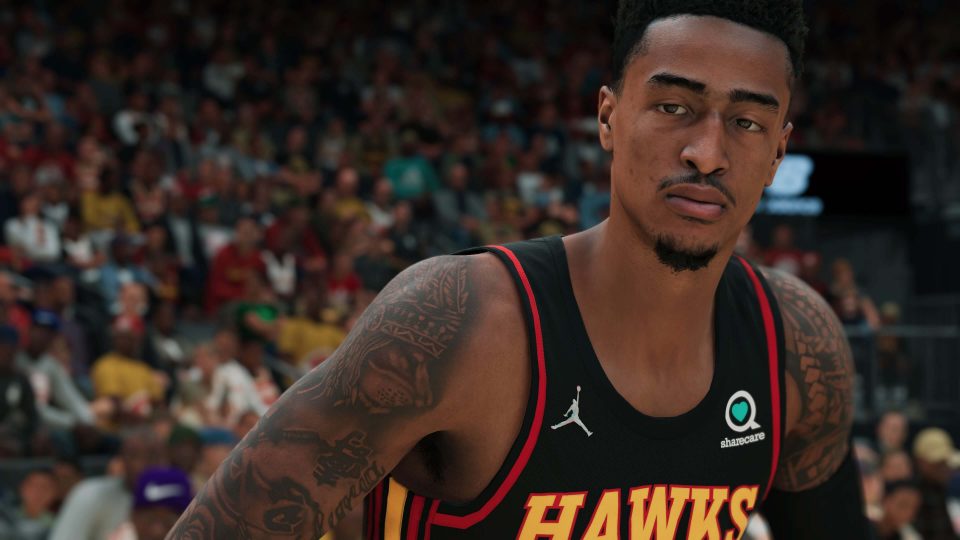 The player mostly plays the shooting Guard position for the Golden State Warriors and has a great overall rating of 84. Amazingly Andrew Wiggins has a total of 13 badges, which makes him one of the extraordinary players. However, he is slightly weak doing standing Dunk but significant at doing Driving Dunks.

That is why he has an appreciable Dunk Rating of 92 in-game, and with the correct use of his strengths, you can score the most points. 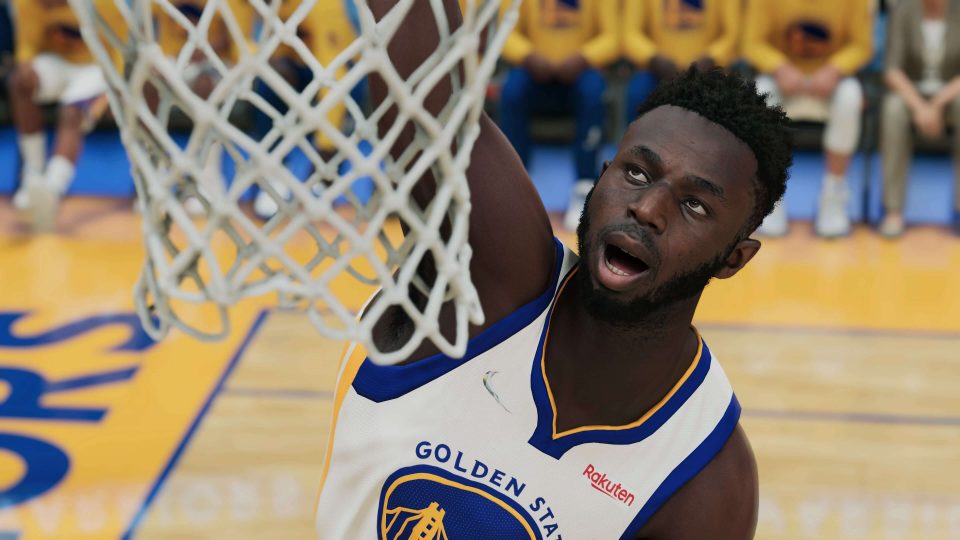 This player mostly plays at two important positions these are Shooting Guard and Point Guard. Moreover, he plays for Cleveland Cavaliers and has an overall rating of 88 with a total of 36 badges. The top quality of Donovan is when does Driving Dunk, and he is absolutely brilliant at it.

That is the reason he has a 92 Dunk Rating. Keep in that Donovan is very athletic and has great speed while performing on the field. 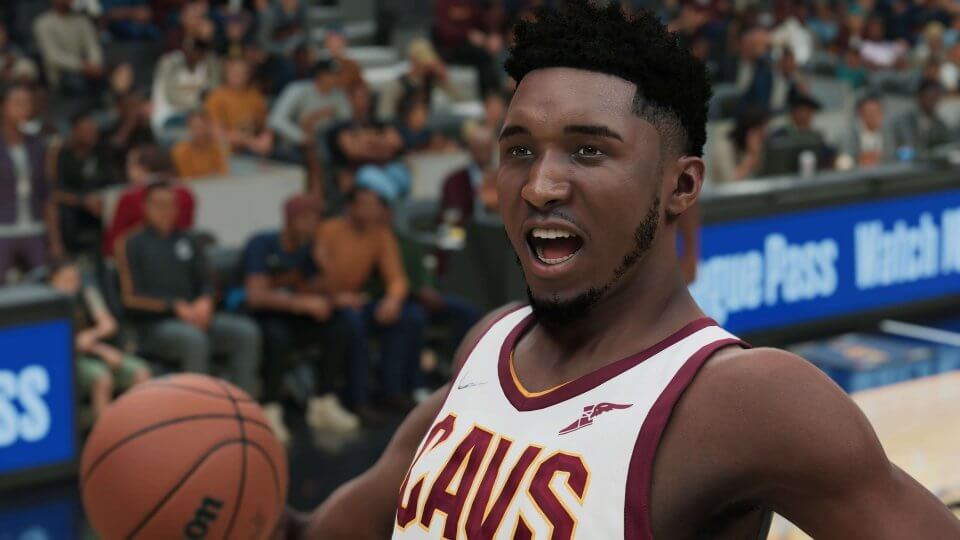 As for the overall rating is concerned, Giannis has 97, which is astounding, and 41 Badges. Moreover, he is a wonderful player on the team with amazing speed, strength, vertical, and many more athletic qualities. If you utilize him smartly and his dunk rating of 91, you can do one of the best dunks in NBA 2k23.

Keep in mind that he thrives at all the qualities that a dunker should have, and originally he plays at Power Forward Or Center Position. 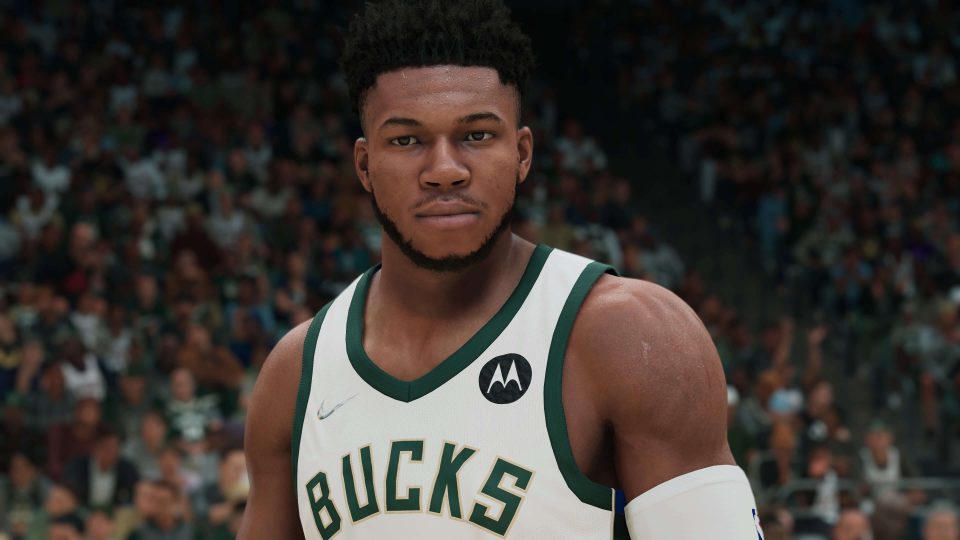 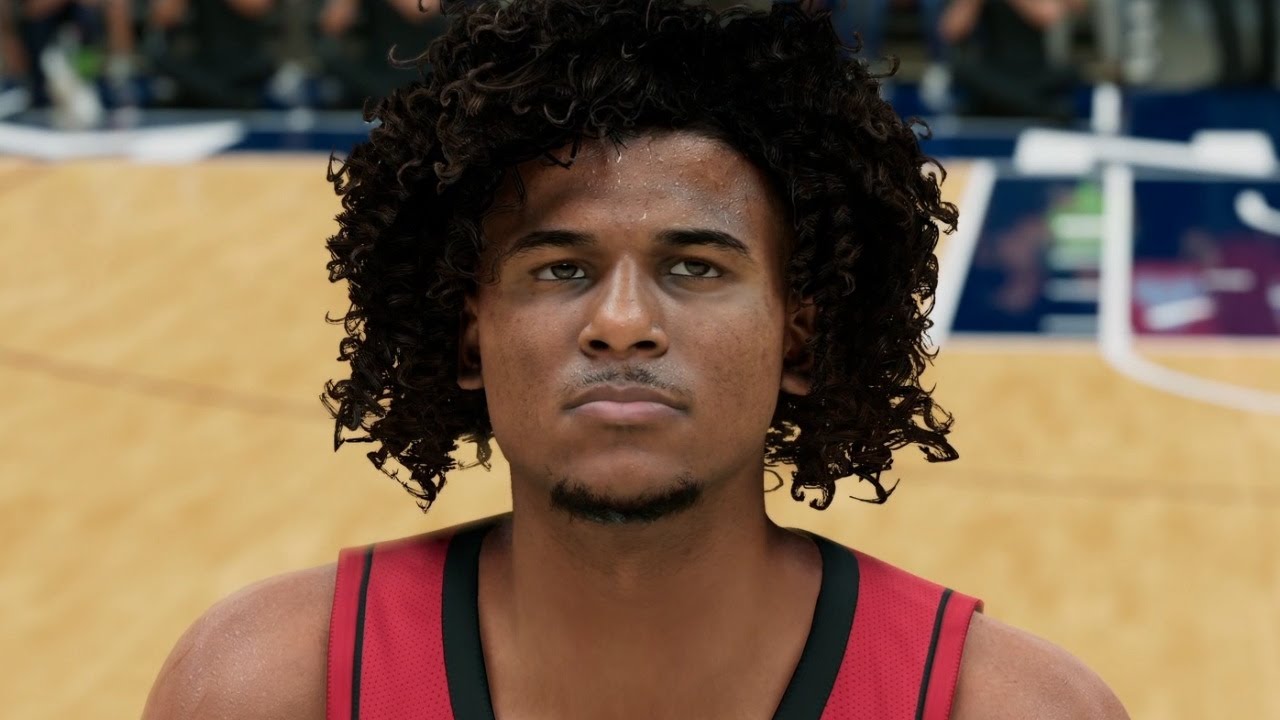 He is an amazing player and plays mostly at shooting guard or sometimes at the Small Forward position for Houston Rockets. The overall rating of Jalen is 82, which is quite good, and he has 16 total badges. Remember, Jalen is kind of weak at Close Shot and Standing Dunk, so you must do it while playing with him.

However, he is amazing with driving Dunk and Dunk Rating of 91, so utilize that to score points. Moreover, his speed and vertical stats are excellent that is because he is energetic on the field.

He is an amazing player with an overall rating of 83 and has Slashing Four Build. Moreover, player mostly plays at Power Forward or Small Forward positions. Undoubtedly, Miles performs one of the best dunks in NBA in 2K23, and it is wonderful to see him perform.

Keep in mind that he lags behind in speed sometimes, but his height makes him superior to others, especially in dunking. That is why he has a Dunk rating of 91 and thrives at driving dunks. 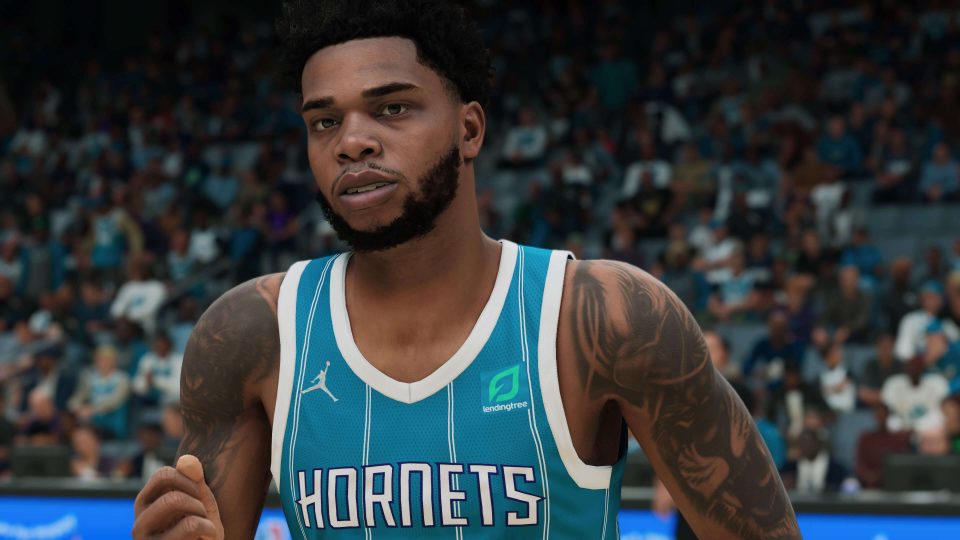 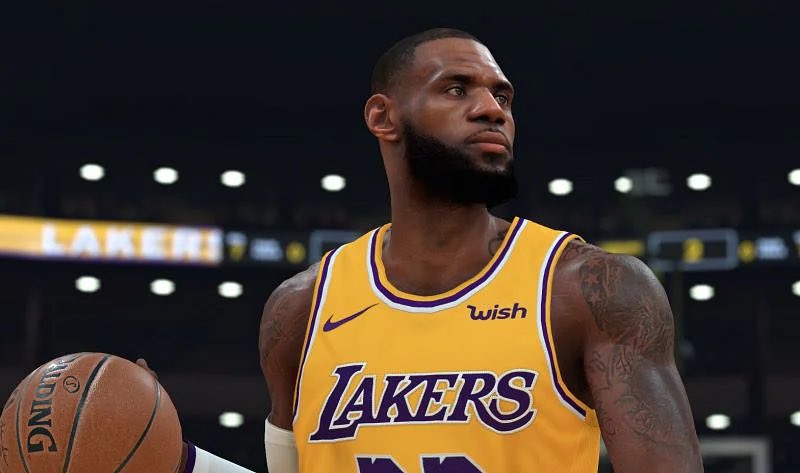 He is one of the most famous players in the NBA, and even people who are not in the NBA know him very well. Small Forward or Point Guard Lebron plays at these two crucial positions for the Los Angels Lakers. Overall rating of 96 and has an amazing total of 45 badges which shows how great of a player he is.

When it comes to dunking, LeBron is no doubt the best dunker out there in NBA 2k23. Playing with him is absolutely delightful and has a Dunk Rating of 90.

The last one on our list is Obi Toppin, and he may not be a great player overall as his rating of 76 is quite average. However, as far as dunking is considered, he is excellent at it and does exceptionally well. Also, he plays at forwarding and mostly at Center Positions for New York Knicks.

The reason he is so good at dunking is that Vertical and Stamina, these two points are where he shines the most. Keep in mind that Dunk’s rating as a player is 90, which shows if you utilize him correctly, he will not disappoint you. 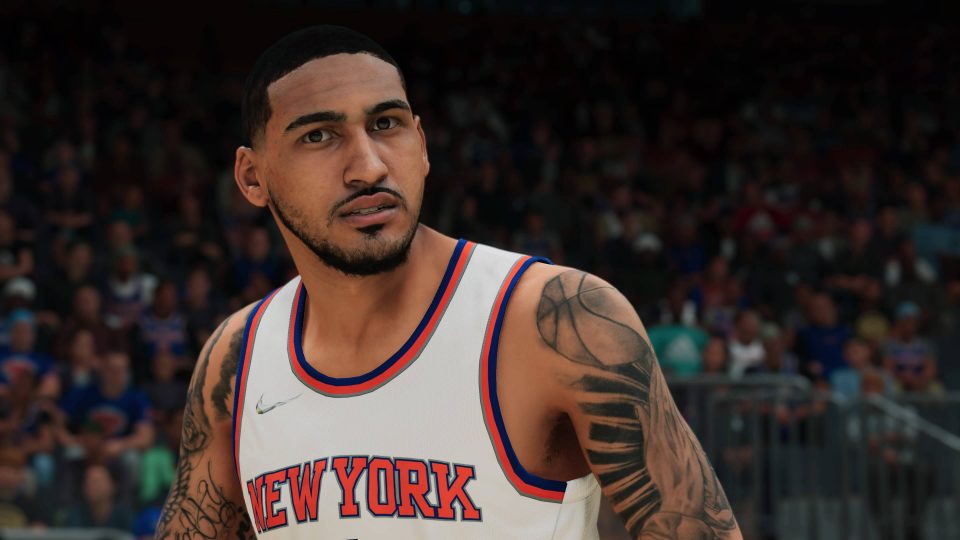 Not only are the best dunkers, but there are also other incredible players too in NBA 2k23. Every player has his own unique skills and qualities that can be utilized accordingly. Moreover, if you are interested in knowing more about top-quality players in NBA 2k23, then we suggest you read our BEST NBA 2k23 Players guide.

One of the coolest things you will ever experience in NBA 2k23 is dunking, and it is the feeling of success. There are a lot of things that matter when it comes to the player’s ability to perform dunks. Height, speed, acceleration, and vertical these things determine how good a player will be at it.

Moreover, dunk rating also plays an important role, showing the chances that the player will succeed at it and won’t waste the chance. This is why we have mentioned the top 15 best dunkers in the NBA and discussed why they are so good at it.