V Rising is a vampire RPG game that requires vampires to travel around the area using V Rising Cave Passages or other options. Vampires also need to travel through the caves, and for that, they need to know all the cave passages. Although finding cave passages is not too difficult, it can get challenging for beginners without proper direction. Vampires can fast travel through the map using these caves with entry and fixed exit points. Our guide will discuss in detail these caves and mention all the cave passages in the game. While you are at it, consider reading our guide on V Rising Hats Location.

What Are Cave Passages In V Rising

Caves that are mostly known as Cave Passages in V Rising enable the players to travel faster across the map. They have entrances with which players have a brief interaction and exit where they leave the cave. Players enter through the starting point and end up in another region of the world when they exit.

The cave passages form an interconnected network on Vardoran’s map. Players need to press the F key while interacting with the cave’s entrance, and they will immediately end up in another location. Thus, the function of cave passages is to teleport players. Our guide on V Rising Secret Weapons is an interesting read to help players access these weapons.

In the game, players have another option of traveling to other locations via Waygates. Waygates possess strict limitations regarding the items a player is carrying. If you travel through waygates carrying items, you will be notified that items with a common tag “cannot be teleported” needs to be discarded right here. However, an exception is applicable to certain weapons and a few consumables.

The caves are so much better in this regard, as they let you travel with your items. They enable you to carry whatever you want through the underground tunnels. Thus, the core advantage of cave passages is that they let you carry all your resources with you while traveling to other locations. Must read our guide on V Rising Octavian to know the location of the boss and fight strategy.

A drawback of using the cave passages is that they are only four in number. On the contrary, if you use waygates, then you will have ten waygates to use. This number does not include the waygates that you can craft later once you get Slain Palora the Feywalker.

Another drawback is that the cave passages are just one-way trips. The exit is a ledge inaccessible by frog and bat form. However, players have an option to return to the entrance as long as they have not descended from the exit.

How To Use The Cave Passages

If you want to travel fast across the regions of Vardoran, you must know how to use the cave passages. We have covered all the steps that you need to know to use cave passages correctly.

We have mentioned the locations of cave passages with their entrance and exit points to make it easier for you to locate them.

The entrance of cave passage 1 is in the north of Emberleaf Grove in Silverlight Hills. In contrast, the exit is near the bear cave in Farbane Woods.

Cave Passage 2 has its entrance near the east of the Nest of the Curse Weaver’s lair in the Cursed Forest. The exit is near the Bandit Sulphur Quarry in Farbane Woods.

Entrance and Exit of Cave Passage three are Northwest of the Haunted Iron Mine in Dunley Farmlands and Sout of the Bandit Logging Camp in Farbane Woods, respectively.

The entrance of Cave Passage 4 is the east of the eastern Ancient Village in the Cursed Forest, while the exit is the northwest of Bedrock Pass in Dunley Farmlands.

We covered the locations of V Rising Cave Passages in this guide to make it easier for you to locate them. These caves will help you travel across the map quickly, along with your resources. Read the locations above, and you will be good to go to locate these glowing red cracks, which are way better than waygates. 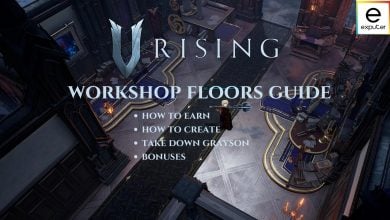 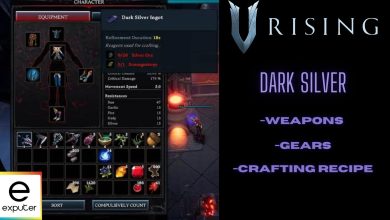 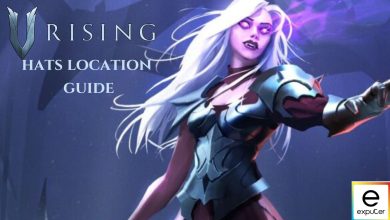