Handheld consoles have always been a fascinating thing to behold. PSP started this trend nearly two decades ago and this device was way ahead of its time. Nintendo’s widely successful and popular Nintendo Switch marked a return for this console genre in 2017.

Seeing the success of the Nintendo console, many developers thought of entering this field again. Valve was one of these developers and they finally launched the Steam Deck this February. It has got really positive reviews and despite battery issues, players are loving it.

Out of these most played titles, Valve’s Aperture Desk Job grabs the top spot according to Steam. The introductory short game made for the Steam console has garnered the most user playtime. The creator of the Steam Deck, Valve, made this short game specifically for the console.

Even though it is available to play on Steam on PC but its purpose is to teach you about the Deck. It’s a spin-off based on the Half-Life series by Valve but you have a boring desk job. Your purpose is to inspect things but there are some explosions present so it’s not that monotonous.

Basically, Valve made this just to teach players the controls of Steam Deck. Hence, seeing it become the most playable game on the console makes sense. Other games on the list are also very interesting to see. Indie game The Binding of Isaac: Rebirth takes the number 2 spot on the list.

A less surprising entry is Elden Ring at Number 3 which shows that the RPG has legs on every platform. Hades grab the No.4 spot on the list while No Man’s Sky makes it into the top 5. The game launched 6 years ago so seeing it in the top 5 of a new console like the Steam Deck is a nice thing.

Platform video game Rogue Legacy 2 is No.6 while roguelike building game Slay the Spier is No.7. Stardew Valley also makes the top 10 and takes the No.8 spot while Shoot ’em up Vampire Survivors is second to last. Witcher 3: The Wild Hunt concludes this list and is kind of a surprise to see. 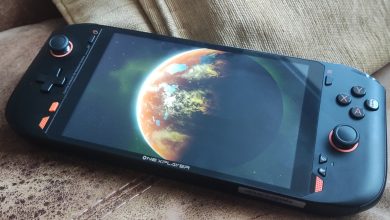 The Rise Of Steam Deck Alternatives Is Growing Larger 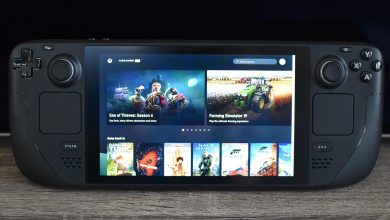