Even though there are piracy laws in effect to prevent the unauthorized use of entertainment media, people find a way. Pirating games, movies, and TV shows is common practice and hurts the developers who spent countless hours working on them.

The gaming industry recently came up with a way to prevent cheating and piracy via Denuvo Anti-Tamper.

If you keep up with gaming news, you will know how controversial the product is in the PC gaming community. You see, the anti-cheating DRM reduces performance and can even break video games.

However, it seems like Denuvo is fulfilling its basic purpose because out of all the 36 games last year with the DRM, only one got cracked: Dying Light 2.

The gaming website CrackWatch is responsible for reporting this info. As the name suggests, the publication keeps up with the status of cracked games and the ones with DRM. So, this info from the website does hold some weight.

CrackWatch informed us of this via a reel on Instagram. It goes on to say that only Dying Light 2: Stay Human underwent successful cracking out of all 2022 DRM releases. When you find out the total number is 36, this isn’t such a bad result.

Since the release of Denuvo Anti-Cheat in 2019, the tech has had its fair share of critics. Most of this criticism is from players who feel the technology affects the performance of games incorporating it. This criticism isn’t wrong, as Denuvo does have high CPU usage.

In a similar study by ExtremeTech, games with Denuvo disabled had higher frame rates and lower loading times. So, players have evidence to their claims, and a similar thing happened with Doom Eternal. After its reveal in 2019, Denuvo Anti-Cheat made its debut in the 2020 Doom game.

It was put into the game via a patch 2 months after release. However, players soon started complaining about the game’s performance. The situation got so out of control that developers id Software removed Denuvo anti-cheat from the game in under a week.

Add the fact that if the anti-tamper version of Denuvo is corrupted, every software using it will be affected. Hence, you can see why players dislike DRM technology so much. But, as these stats tell us, it seems like the software is fulfilling its main function and titles like Dying Light 2 are exceptions now.

Even though many games with Denuvo have been created quickly in the past, it’s not always been so easy. Sometimes it takes too much time or isn’t cracked at all, which is unusual in the cracking scene.

Denuvo is also always updating its tech with corporate budgets, and it seems like they finally have the upper hand over gamers in basements.

Concerns about the performance persist, but if the product averts piracy, publishers will keep using it. Dying Light 2, being the only game out of 36 titles to be pirated, is a big win for the industry. Steam breaking records and reaching new concurrent player highs is just one example of that.

It won’t be the end of this, however, as the cracking community is apparently putting bounties on such games. But in the end, players are the ones who are affected by Denuvo’s impacting performance and look for cracked games like Dying Light 2.

Hopefully, the company can find a solution to prevent the tech from impacting performance so everyone can easily enjoy games. 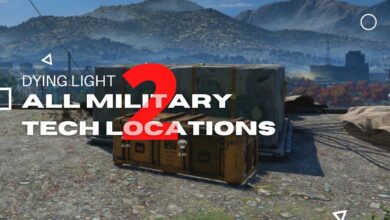