Final Fantasy 16 is one of the most awaited games, especially for JRPG fans. Till now the franchise has released a total of 15 mainstream games along with various spin-offs. FFXVI is almost near completion and with that many players are as hyped as they can get. So, in this guide, we will cover 10 things we know so far about Final Fantasy 16 listing many new features.

Final Fantasy 16 is surely going to be a blast with the efforts of developers and producers alike and fans are as excited to experience it. There are many changes and new additional features that would surely make Final Fantasy 16 a worthy experience. If you are a fan of sports games, we wrote similar guides for Skate 4 and Fifa 2023 that would keep you covered with everything you need to know.

Final Fantasy 16 is loaded up with exciting new features. The developers are going all out introducing many new mechanics to get fans riled up. Final Fantasy 16 sure seems like a promising game and as the release date is nearing, so are fans’ expectations.

The Open World games are certainly the norm in the gaming industry. We see most RPGs are open-world these days. Despite the open world genre being massively popular among RPG games. Final Fantasy 16 would not be an open world. This is certainly a bold move by the franchise and fans are eager to experience the direction of the game.

The Final Fantasy Franchise is known to feature party members to aid in combat. However, it seems that they are changing the party system from the previous games. According to producer Yoshida, Final Fantasy 16 is going to feature a party that would be completely controlled by AI while players can focus on battling with Clive.

Furthermore, One or two companions would travel alongside Clive on his journey. This is also unlike some previous games where a party was much larger.

Clive will have a few party members traveling alongside him like in every Final Fantasy game. However, more importance would be given to the companions in Final Fantasy 16. It seems that the companions would also have their story arcs that would cater to their character development significantly.

Fans are also expecting these party members to play a bigger role in Clive’s story as well. This should be certainly exciting as we would be more familiar with party members as we continue our journey in the region of Valisthea. If you like role-playing games, you might also want to check out our similar guide on Midnight Suns that would keep you updated with all the additional new features.

If you are a laid-back gamer who just wants to enjoy the story instead of wanting to punish yourself in difficult modes. Well, there is good news for you as Naoki Yoshida announced that Final Fantasy 16 would have an easier mode that would allow players to focus more on the story.

It seems that Final Fantasy 16 would have an action-based combat system. Most of the previous entries in the final fantasy series were turn-based, however, it seems that Yoshida has decided to keep a combat system based on real-time skills.

The real-time combat system would require players to utilize their skills with their controllers. They would be required to carefully deal damage at the right time while dodging dangerous attacks. This combat system would certainly appeal to many fans that do not prefer a turn-based combat system that requires mere strategizing.

The Eikons are destructive summoned beast-like creatures that require a human host called the dominant. There are various characters in Final Fantasy 16 that you would find bearing an Eikon. The dominant can summon their Eikons and can transform themselves into these beasts.

Naoki Yoshida thinks that witnessing these Eikons in combat with one another should certainly be exciting. Clive using his Eikons against various enemies’ Eikons would give a bombastic combat experience. The Final Fantasy logo also shows Eikons facing each other in combat.

Recently in an interview, Naoki Yoshida revealed the name of the dog shown in the first trailer. Apparently, the puppy is a wolf named Torgal. Many fans are expecting it to be a party member. However, Yoshida stated that fans would have to wait and see for an announcement and refused to confirm anything.

Fans are hoping for Torgal to play a much bigger role in the story since his name was teased by the producer. This cute puppy’s character should definitely not go into the trash can.

Naoki Yoshida stated that Final Fantasy 16 would feel like you are playing a movie. According to him, he tried to incorporate both the elements of a game and a movie perfectly into Final Fantasy 16. He intends to give players the experience of an “interactive game/movie”

Apparently, one of the expert gaming developers in capcom Ryota Suzuki who previously worked on Devil May Cry is a part of the Final Fantasy 6 lead development team. According to Yoshida, they had trouble while developing the action-based combat system. However, Ryota Suzuki aided them immensely.

According to Yoshida, He was able to design ability trees for Clive effortlessly. Ryota Suzuki being in the developing team is exciting as fans might be able to get a combat experience on par with the Devil May Cry franchise.

From what we know so far, Final Fantasy 16 certainly looks like a promising game that fans would love to experience. The game developers promise to deliver a masterpiece as they made efforts to improve combat aspects. While the game won’t be an open world, the independent area exploration certainly seems very promising. 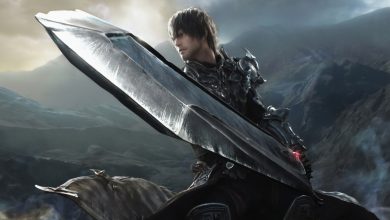 Final Fantasy 16 Will Remain A PS5 Exclusive For 6 Months