The inception of Sonic Origins brought heaps of dismay to the nostalgic Sonic enthusiasts seeking to relive the 16-bit Sonic The Hedgehog experience. The fading player count, low rating, bad reviews, and rampant bugs leave a terrible aftertaste after playing through Sonic Origins.

Sonic Origins features an amalgamation of the first four platforms remasters merged into a collection that can be enjoyed on Steam. Each title game has been rebuilt in the Retro engine, which plays out like the older games while fixing the infamous bugs like the instant-kill spike bug in Sonic 1, for instance.

The various quality-of-life improvements give the collection a modern-polished feeling while keeping the old allure. Unfortunately, the whole collection feels cluttered and a rushed mess that could have been avoided with a delayed-release.

Despite the performance issues reported by the community, Sonic Origins was a hearty delight for newer fans pulled in by Sonic movies and the latest titles. Some older fans also enjoyed the experience, but the heaps of rampant bugs and stuttering can’t be ignored, resulting in bad reviews, 57.00 % with 871 positive and 634 negative at the time of writing.

All the accumulated problems have caused the player count to drop significantly. According to the Steam tracker website, SteamDB, the all-time high concurrency was measly 2,668 numerals. However, the average number of concurrent players has been way lower. The count was at least above a thousand during the early days of release, but the concurrent players barely keep up above the 100 digits these days.

Sonic Origins has been abandoned by most of the PC community due to the aforementioned issues, resulting in a withering player count. At the time of writing, the concurrent players spin-dashing through the levels were only 105, and the twitch viewers are below 50, slightly rising above 200 sometimes on average.

The initial Sonic titles were the “comfort food” for fanciers of Sonic The Hedgehog and his buddies. However, the dense bugs in Sonic Origins make the game barely playable for middle-tier PCs, while high-end PCs are also struggling.

Sonic Origins developer, Simon Thomley, took to Twitter in a series of tweets to elaborate on the stale release of the collection. He cited, “This is frustrating. I won’t lie and say that there weren’t issues in what we gave to Sega, but what is in Origins is also not what we turned in. Integration introduced some wild bugs that conventional logic would have one belief were our responsibility- many of them aren’t.”

Furthermore, he also discussed the defects that came from his team’s side. Simon stated, “Again, I can take responsibility for my and my team’s mistakes, and there were some. Some actual mistakes, some overlooking, some rush jobs, some stuff we noticed but weren’t allowed to correct near the end. It’s absolutely not perfect, and some of it is from us. It’s complicated.”

Sega has not commented officially on the poor release of Sonic Origins. Future updates might be able to improve the game; otherwise, the collection will fade away as another failed remake in the gaming sphere.

What are your thoughts regarding the low player count? Do let us know your opinions in the comments below. 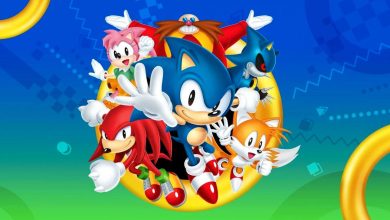