The China Hero Project is Sony’s massive program aimed at funding small indie developers in the Chinese region. The project has allowed a few prominent local indie games to come onto the world stage and receive critical acclaim globally. Moreover, the program requires developers only to publish games on Sony platforms.

As per a new report by Reuters, Sony is seemingly expanding the China Hero Project. It is looking to invest a staggering amount to help fund the following games of Chinese indie developers.

The first two seasons bore thriving results for the developers who enrolled in the China Hero Project. The third bout already appears to be more ambitious. Sony will seemingly deepen the roots of the initiative and “will invest more than 1 million yuan ($140,080) in each game it enrolls.”

Additionally, the program “will not only fund small teams but also big teams with dozens of engineers or more.” Funding teams of varying sizes, including big ones, will allow the program to produce even more large-scale and alluring games in the future.

Bao also showed excitement for the third season, mentioning it will “far exceed the previous two.” Moreover, the PlayStation studios will be available to provide additional support.

However, there is a catch; the China Hero Project will limit the developers to only release games as Sony’s exclusives like the previous two programs. In other words, the enrolled titles will not be getting Xbox ports.

Sony has benefitted wholly from exclusivity deals in the past, and the most significant example is Genshin Impact which comes to everyone’s mind. Sony’s exclusivity contract halted any possibilities of the game getting an Xbox port.

The Asian regions are a goldmine for big cooperations like Sony and Microsoft, which are always looking to one-up each other by expanding their influence. Countries like China, South Korea, and Japan have played a significant role in the evolution of video games.

Titles like F.I.S.T: Forged in Shadow Torch, Anno: Mutationem, and Lost Soul Aside are prime examples of the fruitful experiences produced by Sony’s China Hero Project. The games would not have flourished without Sony funding them actively, which helped in enhancing the development of local Chinese indie games to new horizons.

The China Hero Project’s third bout may prove to be a substantial investment for the gaming industry. Sony’s initiatives have helped the dominance of PlayStation consoles in China. Moreover, the China Hero Project may quickly help the Chinese community discover more local talent.

The Chinese government is known for cracking down on the gaming industry, like not approving online titles or limiting the time for minors to play games. The rising influence of video games and support by big cooperations may change the government’s tone.

What are your thoughts about Sony laying the groundwork to dominate the Chinese region with the revival of its China Hero Project? Do you think it is an excellent initiative by Sony to support indie developers? Do let us know your opinions in the comments below. 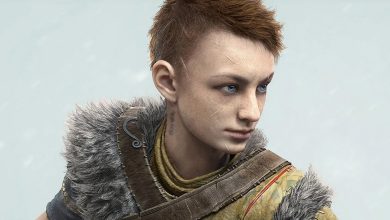 Video Game NPCs Need To Shut Up During Puzzles