One Piece is easily considered to be one of the most popular shonen anime and manga series of all time, not just in Japan, but all around the world. The author, Eiichiro Oda, has mesmerized his audience with captivating writing and incredible worldbuilding for well over two decades at this point, and our One Piece Odyssey review will cover the latest video game set within his universe.

And being a massive fan of the series myself, I felt that there was no one better on the team to write our review and discuss every single aspect of the experience in detail, including the slow yet strategic turn-based combat, as well as the charming storytelling. So without further ado, let’s jump right into it.

Our journey starts off with the Strawhats crew approaching a mysterious island on their journey through the Grand Line, hoping to anchor their ship there and explore the location. But that plan quickly turns sideways real fast, as a sudden knock-up upstream launches the ship high into the skies above, sending the whole crew on a collision course toward the Island.

Soon after this intro sequence, our main character, the self-proclaimed Pirate King and Captain of the straw hats, Monkey D. Luffy, loses his trademark straw hat amidst the shipwreck. But on the bright side, most of his crewmembers are safe and sound apart from their navigator Nami, the swordsman Roronoa Zoro, and the skeletal musician Brook.

We soon learn that the crew has landed on the Island of Waford, and there is much more here than meets the eye, as the mysteries and lore surrounding it quickly tie in with previous locations the crew has visited in the world of One Piece.

And Luffy prioritizes the safety of his crew first, so with the help of the remaining straw hats, we soon track down Nami and Zoro in the heart of the Island, not too long before learning that the case of saving Brook might be a tricky due to his skeletal body being submerged in deep seawater during the crash.

So with their ship being temporarily out of commission, the crew has no choice but to explore the Island and learn what danger awaits them. On their adventures they meet a bunch of new characters as well, such as Lim, a girl who strips the straw hats of their Devil Fruit powers and other abilities, prompting them to hunt each one down again.

The feature that intrigued me the most about this game was its superb fan service and attention to detail for the brilliant worldbuilding of One Piece. Since it is evident that the game takes place during the infamous post-time skip saga, the crew is able to revisit numerous locations from the past, such as the Kingdom of Alabasta and the Water 7 city, both of which are iconic locations from the main storyline.

What I loved the most is the fact that we get to witness ‘What-If’ parallels here, such as the straw hats visiting Marineford, a location only one crew member has visited before. The twists and turns in these scenarios are done beautifully, fleshing out each crew member’s growth gracefully and taking the entire narrative of One Piece to greater lengths than any other video game adaptation.

While one could go on and on about the storytelling, no review of a video game is complete without discussing the gameplay element, which is just as equally important as the narrative.

The gameplay of One Piece Odyssey is pretty simple to explain as it is mainly comprised of turn-based RPG combat along with semi-open world exploration that frankly feels dull at times. But with the addition of a combat speed adjuster as well as the battles themselves being fun to play through, the game can keep you engaged for hours on end.

For the most part, combat is turn-based, and really resembles the systems found in other JRPGs like Dragon Quest. The unique aspect here is that there exists a system comprised of three statistic categories, Power, Range, and Technique. Both your party members and the enemies you fight will have one of these three different attributes attached to them, identifying the type of fighter they are.

These are important to understand during battles, as you can counter these aspects to trivialize fights in an instant to overpower them along with their usual weakness. The system incentivizes you to swap the straw hats during the battle in order to eliminate foes as quickly as possible without any significant room for error. It also becomes a crucial element for the boss fights in the game, as it allows you to overcome great odds with the right planning.

The different skills of each crew member in the game are largely composed of their devil fruit abilities and other powers, such as Luffy’s iconic Gear 2 transformation boosting his attack power, as well as Sanji’s Diable Jambe showcasing his hard-hitting black leg style of moves. Fans of the series will surely love using each skill of every crew member at least once since the animations of each attack are a visual spectacular.

You will explore each part of the story as almost every straw hat member, whether it’s Nico Robin in Enies Lobby or Luffy in the Kingdom of Alabasta. There are various pieces of information that you can interact with in the environment or area as well, providing more tidbits about the lore of the game and how it connects with the overall storytelling.

Overall, the combat is well-polished enough that you will enjoy playing through the main campaign. Still, it’s worth mentioning that it does become repetitive as the flow of combat doesn’t seem to be different from the first time around, making it feel tedious to complete occasional battles during late-game events.

Amongst various video game adaptations of One Piece, this game seems to feature the highest graphic fidelity to date, as the 3D models of both the characters and environment are certainly a visual splendor. Still, they can be a little taxing on some PC systems, especially those with a budget build.

The locations are also incredibly detailed, and fans will appreciate revisiting them since the developers made sure not to miss even the slightest details, whether it’s the ongoing war of the Marineford arc or the fearsome battle against CP-9 in Enies Lobby.

While I had the pleasure of reviewing the PS5 version of One Piece Odyssey, the game is decent performance-wise on PC as we also tested a GTX 1660Ti on the game and managed to achieve a solid 60FPS at medium to low settings with a few frame drops. There were also a few other minor issues, but nothing too game-breaking to ruin the overall experience and enjoyment.

One Piece Odyssey remains true to the spirit of the anime and manga series: a perfect package consisting of a narrative that fleshes out each crew member with new layers of character development and robust gameplay that, at certain times, feels like a knockoff of Dragon Quest.

You’re most likely to purchase the game if you’re a hardcore fan of the series like me, but quite frankly, it all comes down to whether or not you adore the storytelling aspect. Since this game manages to excel at that with every scenario, including the major boss fights as well as the brand-new characters you meet along the way.

Regardless of whether you’re an old fan that has gone through hundreds of episodes of One Piece itself, or if you’re a newcomer to the series looking for a relaxing turn-based JRPG to experience, there’s something here for everyone.

This has been our One Piece Odyssey Review. While you’re here, consider checking out some of our other articles.

One Piece Odyssey remains true to the spirit of the legendary manga series in terms of story, while also delivering a solid, if a bit uninspired, combat system. 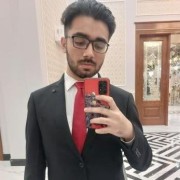 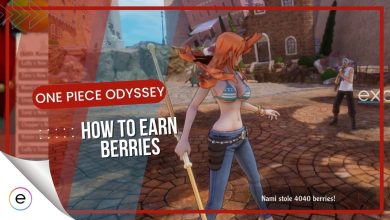