In September 2022, GTA 6 leaks were all over the internet. But there wasn’t much to go on about who actually did it. Who was the leaker who carried out one of the biggest data breaches in gaming history?

People were desperately waiting for any news regarding the under-development game. They were surprised when 90+ clips of in-game footage were released over the internet overnight, revealing up to 50+ minutes of gameplay.

At first, the clips were only uploaded to GTA forums. But, due to the franchise’s popularity, the clips spread over the internet like wildfire.

There were also rumors about several games’ source codes being leaked. It was said that the leaker wanted to negotiate a deal with Rockstar to make them hand over the current build of GTA 6 and the source code of GTA 5.

At first, no one believed the leaked footage to be authentic. But, all the doubts were undone when Bloomberg’s Jason Schreier came ahead and confirmed that Grand Theft Auto VI indeed suffered a leak.

Rockstar Games quickly removed most of the clips from the internet, thanks to Take-Two Interactive‘s copy strikes. However, almost everyone had seen what was there to be seen before it was finally taken down.

Fans didn’t like how the game looked in the leaked footage. And many even took to social media to bash the game’s graphics. A few developers clarified over Twitter that early build footage of the game is no indication of the graphics of the final product.

So, who did leak all that GTA 6 content? How did he pull off one of the biggest data breaches in history? And what happened to him afterward? The following video is going to answer just that.

The 17-year-old teenager had high ambitions, but he wasn’t invincible. A few days after the GTA 6 leak incident, London police were able to arrest the leaker. The leaker appeared to have a history of data breaches and was likely involved in the Uber leak that occurred not long before the GTA 6 data breach.

The leaker belonged to a group of teenage hackers called Lapsus$. The hacker group carried out ransomware attacks and messed with several big corporations such as Samsung, Ubisoft, and Electronic Arts.

Further investigations revealed that the 17-year-old might also be involved in hacks against Nvidia and Microsoft as well. After the incident, Rockstar Games released an official statement, stating that they confirmed the leak and assured the fans that they would “properly” introduce the game when it is ready. 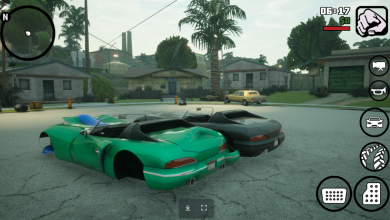 GTA Needs A Game Set In Its Homeland – Europe