You have to be pretty careful with your choices as you decide to side with the faction, which has its own benefits and disadvantages. Players can also change how the story progresses as the fate of the story is in their hands with the inclusion of story-based choices. In today’s guide, we’ll be talking about whether you should Help Jack and Joe in Dying Light 2 or should they meet their demise.

You’ll have to make some pretty harsh calls when it comes down to the Water Tower Mission to proceed with the main story of the game. But in addition, you’ll also need to come down to the decision whether you should provide assistance and to help Jack and Joe or whether you’d decide to engage in a fight to the death with them. The choice is entirely yours.

You’ll also choose who you give the water tower to if it comes down to it. On one side, there are the survivors, and on the other hand, there are the Peacekeepers. Your choices and actions will have consequences, no doubt which will further have dire effects on the main story of the game. We’ve explained in this guide how things will turn out and the most critical choices that you can make when it comes down to the Survivors and The Peacekeepers.

When it comes down to the water Tower mission, you are handed out several choices as you’re concerned about who you hand it over to and what you want to do with the thugs that are trying to invade it and wire it to bring it down. We’ve done our best to lay them all out and how you could proceed to handle the scenario. This will ultimately decide whether the Peacekeepers of the survivors will gain power over the water tower.

You are given your first set of choices after you proceed to remove the last of the explosives off of the walls of the water tower. You will then go on to apprehend the two thugs that were so keen on blowing up the water tower, Jack and Joe. Right from the get-go, they have their hands ready on the detonator and proceed to threaten you with their explosives in place.

You’re given the option to negotiate with them and tone things down, or you could move with fighting them, and things will start to get ugly. Help Jack and Joe in Dying Light 2 or fight them to the death.

While this seems like a choice, it doesn’t really matter in any way whatsoever. If you go on ahead and try to fight them, they try to proceed with their plans to detonate the explosives to bring down the tower. They then realize that they’ve failed as you’ve foiled their plans by already removing all of the necessary equipment needed to bring their goals to completion. If that choice doesn’t suit you and you want to proceed with a pacifistic route, you can start negotiations with them. But mark our words. It’s how the conversation ends and not the beginning which is most important.

After Jack and Joe explain their current scenario, they ask you to aid them in their attempts to move out of town that is before the dire effects of their consequences hit them right in their face. There is a considerable divergence here. If you proceed to advise them to skip town and leave, they will later show up in an optional side quest later in the game. So we definitely consider that you help Jack and Joe in Dying Light 2.

If you choose not to aid them in their time of need, then things start getting pretty ugly as they engage in combat against you. Aiden can fight both the brothers, and being victorious means that you execute both of them. At that point, your interactions with them are brought to an end for good.

It’s not a pretty big distinction, but if you decide to let them live, you get the option to proceed with an optional sidequest that will pretty much improve your overall gameplay experience and gain more insight into the personality and characteristics of the duo. Side quests are pretty much a great way to gain insight into the world of the game, and there’s the added bonus of getting some pretty exciting loot in the process. So, if you ask us, we’d rather spare the two brothers and help Jack and Joe get away, so it’s a win-win for both parties.

Moonshine Side Quest In Dying Light 2

Once you spare the two brothers, you can gain access to the moonshine sidequest. Considering both the brothers survived in the Water Tower quest in Old Villedor, you can interact with Jack Matt during the Mission named Welcome on Board. You should explore the area and go over to the bottom of the ship, and there you’ll find the two brothers, Jack and Joe, who have been imprisoned.

The two brothers will ask you to retrieve some moonshine from them which is a pretty straightforward task. Still, it will be a bit difficult considering you’ll have to perform a big of legwork. You’ll have to traverse Villedor and head on over the back to the Horseshoe Water Tower. There, you’ll find a stash. It’s a secret hiding spot where the brothers planted a bit of moonshine for themselves. Things become more manageable if you’ve gained access to the Trinity Metro Station.

You can use the fast travel option to travel back to the Water Tower and then proceed to head towards the east over to Horseshoe. While there’s not a problem when it comes to gaining access to facilities like the radio Tower, you’ll need to perform a bit of legwork as you have to climb the whole water tower all over again.

And from then on, you’ll have to complete the lockpicking mini-game for the door on the top. Now, we’re just about to end the Mission, so head on inside! The moonshine is pretty much secured inside of a safe. If you missed the vague hints made by Jack and Joe, don’t worry as we’ve got the got right here. The code is 1 4 9 2. If you enter the code, you get access to the moonshine stash, and then you’re home free! You’d be glad that you helped Jack and Joe as you get some bonus loot and XP for this sidequest.

You have to now head back to the Wharf. Again, if you’ve unlocked the metro station, you can opt to fast travel back to the location. Then, climb down into the belowdecks of Missy. Interact with the brothers once again, and you’ll be rewarded with a hefty 1000 XP that you can use to upgrade your parkour skills!

You might be wondering if the story really changes depending upon your choices and it’s more so tied to the choices you make before and after the Water Tower point. It has negligible effects on the story and much more on the gameplay and what you get access to in the world of Villedor. You get access to interact with the environment in a much more diverse way depending upon whether you support the Survivors or the Peacekeepers, for let’s talk a bit about them now.

You can select the option of handing over the Water tower to the Peacekeepers or the Bazaar. It’s basically a gameplay mechanic embedded into the game throughout Villedor. The various zones of Villedor could either be given to the Survivors or the Peacekeepers by activating the facilities that are located within that region. With that all set and done, the zone enables you to gain certain perks, and it all comes down to whether you’ve sided with the Peacekeepers or the Survivors and what facilities you’ve handed over to them. If you’ve provided them with more facilities and perks, they tend to stack up on top of each other, making gameplay much more fluid or easier depending upon what choices you’ve made and what faction you’ve sided with.

We Prefered The Survivors in Dying Light 2

Now, considering all the options and perks in the game, we’ve found ziplines to be much more helpful for traversal around Villedor. You should primarily think about looking at the more useful options available for each option as a set of perks is pretty much laid out from the get-go. When we talk about the Peacekeepers, they offer you advantages when it comes to combat, such as turrets, bows, crossbows, and traps to incapacitate zombies.

At the same time, the Survivors are pretty much focused on making aerial and rooftop traversal throughout Villedor a breeze as the whole parkour experience becomes fluid and much more enjoyable. Personally, we’ll have to go with the survivors because parkour and fluid mechanics of the game are indeed a big thing for the game. The parkour devices located around the various zones help you traverse Villedor easily and provide other perks, such as the resurrection.

Choose how you proceed to play dying light two as all the choices in the game come down to you. You can choose to spare jack and joe or fight them to the death. Limiting them will enable you to access an additional sidequest. The choices in the game rarely impact the story but play a significant role in how you traverse and engage in combat in the world of Villedor. 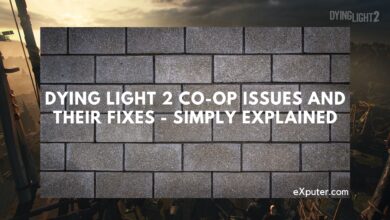