To keep your Leviathan Axe in tip-top shape, you will need to collect Frozen Flames, which are used to upgrade the summoning weapon. Hence, today we will cover everything we know about How to get Frozen Flame in God of War Ragnarok.

Players who have played the last game, God of War (2018), would be well aware of how valuable the Frozen Flames are. As you progress through the game, the enemies continue to get tougher in God of War Ragnarok. Despite the might of the Leviathan Axe, there comes a time when it will begin to feel weak.

These circumstances will call for an upgrade, which can only be done by collecting and using the Frozen Flames. The Frozen Flames are scattered across the 9 realms and can be mostly acquired while progressing the main story.

Therefore, it shouldn’t be that hard to miss out on these. With that said, let’s get into more details about the resource that can upgrade the Leviathan Axe in God of War Ragnarok.

All Frozen Flames In God Of War Ragnarok

As we mentioned earlier, the Frozen Flames are usually found while playing through the main story. Most of these are dropped after defeating specific bosses. However, since the valuable item is linked to the main story, there is no way that you can farm them and push through the levels of Leviathan Axe at your pace.

The developers have perfectly placed them within main story events so that the player upgrades the Leviathan Axe at a steady pace. With that said, let us now review the Six Frozen Flames that you can find in Ragnarok.

Here is a quick list of the locations and missions where you will find Frozen Flames in God of War Ragnarok.

Now that we’ve identified the Frozen Flames and their locations, it’s time to go over each one in more depth to make things even easier for you.

The first Frozen Flame can be found after beating the Huntress boss. The Huntress is a tough boss and has a different variety of attacks that you need to be wary of. Kratos and Atreus will face her during the ‘Surviving Fimbulwinter‘ quest.

To beat the Huntress, you will need to take down her three bars of health. Her attack moveset includes Dual Arrow Shots, Stomp Attack, Explosive Arrows, and Rear Kick. After you defeat the Huntress in battle, her loot will hold the first Frozen Flame of the game.

The second Frozen Flame can be obtained inside the Alfheim realm after defeating Alva. To be specific, you will face her in the ‘Groa’s Secret‘ quest. She is a very rapid boss and is quite tough to beat, especially if you’re playing on an increased Difficulty.

Alva has a huge health bar (5 bars, to be exact). Hence, make sure to take your time. Going all out in battle isn’t an advisable strategy since you could end up losing significant health. Make sure to press ‘R3‘ so you lock onto her. Alva’s quick movement will make the battle very hard if you’re not locked onto her.

After beating her, Kratos can get the Second Frozen Flame in the game through Alva’s loot.

During the main quest of ‘The Reckoning‘, there will come the point when you go through Vanaheim. Kratos will be accompanied by Freya during the quest and will try to free her from her restrictions which keep her locked in Midgard.

Once you reach the point where Kratos frees Freya from her travel restrictions and kills the Nidhogg boss. In that same area, you will find an Amulet and some other loot items that you can pick up. Among all of these things, you will also obtain the Third Frozen Flame in the latest God of War game. It is hard to miss the frozen flame since it’s conveniently placed in your path.

While navigating through Helheim during the ‘Reunion‘ quest, there will come the point when Kratos run into his first Hel-Traveler nemesis. You can consider the first Hel-Traveler as a mini-boss in God of War Ragnarok. The fight isn’t as long as some of the other boss’s fights we have mentioned in this guide.

The Hel-Traveler yields a huge sword that is capable of inflicting significant damage on Kratos. However, if you utilize the best Combat Tips in God of War Ragnarok then you’d eventually beat the Hel-Traveler. From his dropped loot, you can pick up the Fourth Frozen Flame.

The Flame Phantom will appear when Kratos is going toward the Surtr’s forge. The Flame Phantom has tons of attacks in its arsenal. Some of them include the Tail Sweep, Ground Smash, and Forward Strike. As for its health, it will have a total of 6 bars. To put the Flame Phantom down, you will need to break the 3 Runic sources. Once defeated, Kratos can then collect the fifth Frozen Flame from the loot.

As you continue to progress the story, you will eventually face the mighty ‘Crimson Dread‘ dragon. However, unlike the other bosses, the Crimson Dread does not appear during the main story quests. You can access the fight through the ‘For Vanaheim!‘ favor in God of War Ragnarok. However, it is important that you go out to face the dragon if you want to obtain the sixth Frozen Flame.

When Birgir gives his life in Vanaheim in the final parts of God of War Ragnarok, you will be able to start the ‘For Vanaheim’ favor after finishing the ‘Scent of Survival‘ quest. Of course, being a dragon, the Crimson Dread will have a wide range of attacks and can also cause serious damage to Kratos due to its sheer size. So make sure you’re ready before you head into battle.

On top of that, make sure you know How to Heal so that you can easily beat the demonic dragon and gain the Frozen Flame from its loot.

How To Upgrade The Leviathan Axe?

Upgrading your gear and weapons is extremely important in God of War Ragnarok. Since we covered everything there is to know about Frozen Flame in the game, and we will now teach you How You Can Upgrade the Leviathan Axe. Earlier, we told you that Frozen Flames is the core ingredient that can be used to level up the Leviathan Axe.

In this section, we will teach you how you can upgrade the axe in the game. First and foremost, you will need to open up your Map in God of War Ragnarok. Now locate Sindri’s or Brok’s workshop and travel to it. After you arrive at their workshop, interact with the Dwarves to open up their menu.

From here, pick the ‘Weapons‘ tab and choose ‘Leviathan Axe‘. Once you click on it, another sub-menu will open up. Choose the axe once again and then hold down ‘Square‘ to upgrade it. Each upgrade will cost you One Frozen Flame. Hence, to level up your Leviathan Axe’s Strength and Damage it is essential to keep an eye out for the Frozen Flames in God of War Ragnarok.

The Seventh Frozen Flame can be acquired after defeating the Svipdagr the Cold boss along with the two Sisters. Before you encounter the mini-boss, you will need to go to Alfheim. Once there, you will need to make your way to the Barrens area and the Berserker Gravestone. However, to gain access to the Barrens area you will first need to complete the ‘Secret of the Sands’ favor.

Once you complete the ‘Secret of the Sands‘ favor by helping out Hafgufa. After that reach the Berserker Gravestone in the Barrens and interact with it to commence the battle. The Svipdagr The Cold along with the Sister of Illska will spawn and give you a tough fight. You will need to be on your toes at all times because the Sisters can throw projectiles and also float in the air.

Svipdagr’s health consists of 8 bars, whereas the sisters will have one bar each. Although, if you damage one of them the other will lose health as well. Hence, there are two strategies that you can go for in the battle. With Kratos, you can either solely focus on Svipdagr while Freya deals with the Sisters. Or you can first kill the Sisters and then deal with Svipdagr.

Once you put down the trio with the help of Freya, you will finally get the Seventh Frozen Flame in God of War Ragnarok.

The Last Frozen Flame will make the Leviathan Axe reach its Final level, however, is a little complex to get your hands on it. You will need to get Six Frozen Sparks and then combine them to make the 8th Frozen Flame in God of War Ragnarok. To earn the Frozen Sparks you will be required to do a lot of fighting.

To make things simple, in God of War Ragnarok Kratos and company are required to close up Hel-Tears which are scattered across the map. The Hel-Tears open up after a certain mistake by Atreus. These are quite easy to spot. They appear as Blue Tears in mid-air in various areas. You can interact with it by pressing ‘Square‘, after that Kratos or Atreus will face waves of enemies. Once you put them down the Hel-Tears will close up and you will gain a Frozen Spark.

Once you close All Hel-Tears (which we have mentioned above) you will end up with Six Frozen Spark. Which can then be combined to make the Eighth Frozen Flame and allow you to upgrade Kratos’ Leviathan Axe to Level 9.

With that, we reached the end of our extensive guide, which covered everything we knew about the Frozen Flame in God of War Ragnarok. Not only that, but we also included a brief section that taught you how to upgrade Kratos’ Leviathan Axe. By obtaining the Frozen Flames in the game, you will be able to increase the strength and damage of your weapon.

God of War Ragnarok brings a whole new immersive experience. The sequel pays perfect tribute to the first installment of the Norse series that started back in 2018. Kratos and Atreus continue their journey in the latest game as they seek to uncover more secrets hidden within the nine realms. Before you head to battle with your Axe and Blades, it is essential that you prep yourself with the Best Armor and Controller Settings in God of War Ragnarok.

We hope you enjoyed reading through our informative guide. For more God of War Ragnarok guides, make sure to stick around at eXputer. 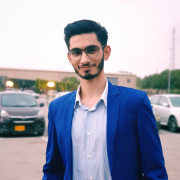 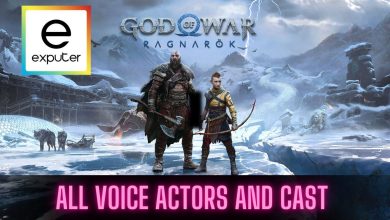 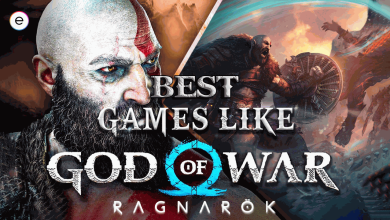