Elden Ring is quite a mysterious game, and there are many different NPCs, including Patches, Jerren, and more that one has to speak with to complete a few quest lines or collect some of the best spells, talismans, and weapons. Master Lusat Location Elden Ring is one of the most important steps in progressing with the Elden Ring game.

Master Lusat belonged to the Academy of Raya Lucaria at the position of a grandmaster once, but it has now been shifted somewhere near the town of Sellia Hideaway. In Elden Ring, Master Lusat is an NPC.

How To Find Master Lusat In Elden Ring

Before you jump on the bandwagon of finding Master Lusat Location Elden Ring, you must first find sorcerer Sellen and complete her questline that allows her to move from Waypoint Ruins. Before departing this key location, she will give you a unique key that will be used to interact with the magic door, behind which you will be able to find Master Lusat. 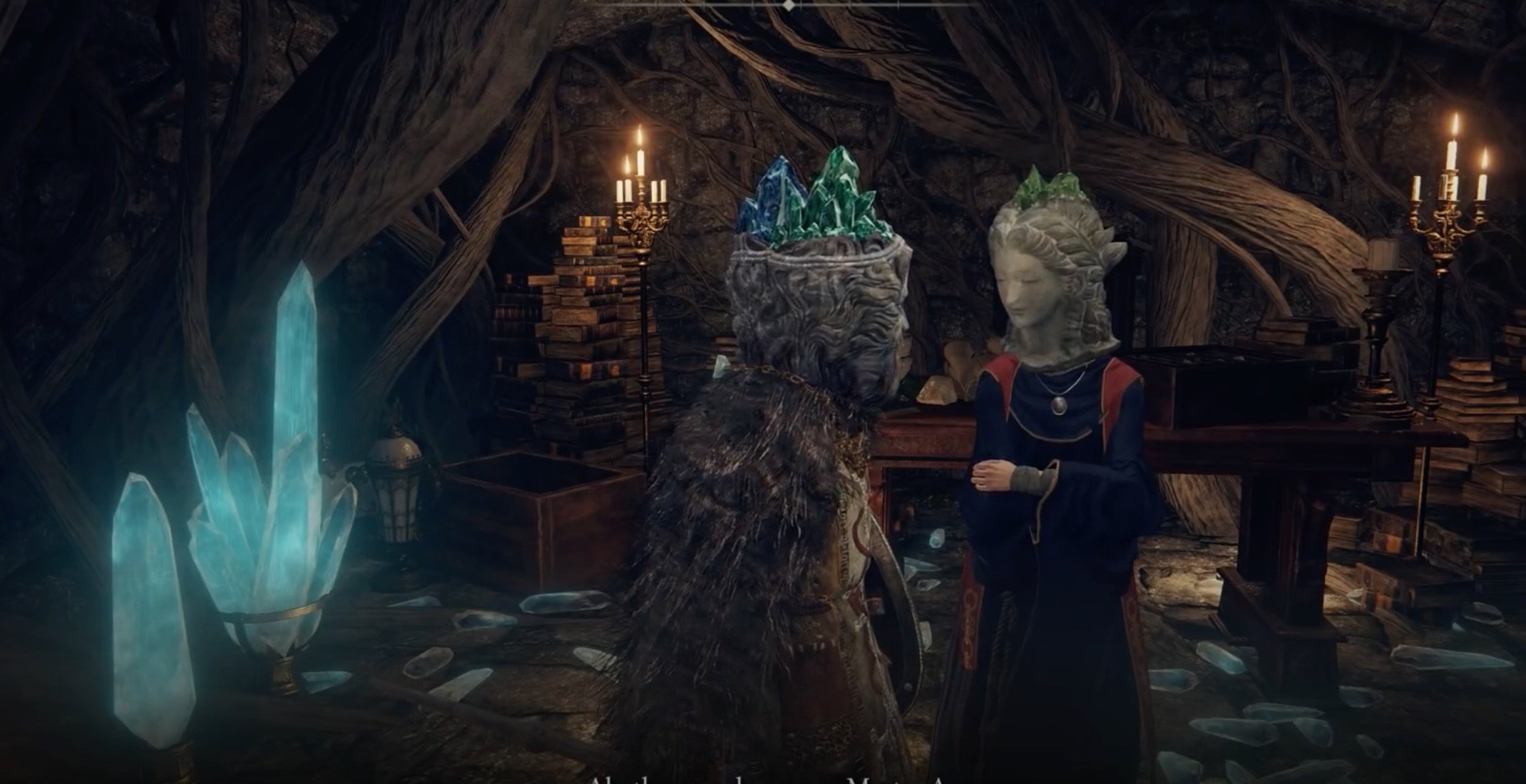 Another place where you can find the Sorceress of Sellen is at the Witchbane Ruins. There she is kept as a prisoner. Sorceress Sellen can also be summoned for a boss fight “Red Wolf of Radagon.” This can only happen after the player progresses with the questline till she returns to the Raya Lucaria Academy.

The player may receive a letter from the Preceptor Seluvis, and after that, the player can talk to the Sorceress Sellen, who will instruct her to defeat General Radahn.

Sorceress Sellen will only talk to you if you have a high INT stat. If you don’t have a high INT, you can return to her repeatedly, which will eventually raise your INT stat. Then she will agree to let you be her student and teach you all the spells and sorceries. Take a look at this basic guide too.

The first step towards completing the Sorceress Sellen’s quest is to meet her at the Waypoint Ruins. Sellen will introduce herself as a Grave Witch and then start teaching you. That’s how the player will be able to persuade Sorceress Sellen to complete the questline and unlock other dialogues and sorceries.

Once she agrees to teach you, you can move towards Mt. Gelmir, situated north of Hermit Village. The player will find an old Glintstone sorcerer, Azur, who will give a Comet Azur sorcery, which you can use to make Comet Azur Build in Elden Ring. This will lead the player back to the Sorceress Sellen to progress with the next part of the Sorceress Sellen questline.

The tunnel will lead the player toward the boss. Here the player will find a Stake of Marika, and the hole that the player has to drop is nearby. Once you have found Master Lusat, you won’t be able to fight him as he does not move, and no physical or magical attack affects him. Read this Elden Ring Black Knife interesting guide too.

What to Do After Finding Master Lusat?

After locating Master Lusat, who’s in the second pit of an arcane ward, and defeating Starcourage Radahn, you can return to Sellen. Sellen will give you Sellen’s Primal Glintstone when you meet her at the Waitchbane Ruins. Then you will have to travel to the Redmane Castle and go to the throne room, where you will exhaust the Witch-Hunter Jerren’s dialogue.

After exhausting the dialogue, the player will return to the Witchbane Ruins and meet Jerren and Sellen in one room. Again exhaust Jerren’s dialogue and move ahead of the questline.

Going up to the Ranni’s rise and the ruins at one side, you’ll be on your journey to the Three Sisters, having an illusory floor guarded by a Wandering Noble. On one side of the Three Sisters, there is Sellen’s body, and on one side, a hidden painting where there is a message on the illusory wall that says, “Seluvis’s puppet. Do not touch.”

The player has to go to Sorceress Sellen and give her the Primal Glintstone. After this, she will sell all the sorceries to the player and then disappear from the Waypoint Ruins.

If the player decides to assist Sellen, he will have to defeat Jerren with his strength weapon, which will, in turn, give you the Eccentric Set as a reward. Then the player will have to receive the Glintstone Kris, which is only possible after exhausting Sellen’s dialog. Also, the Shard Spiral spell will be added to Sellen’s shop automatically after that.

Getting Master Lusat’s Armor and Staff

Finding Lusat’s location will lead the player towards Sellen’s transformation. There will be a Witch’s Glintstone Crown nearby Sellen, and the Rennala will also go back to its place. Only after finding Lusat, Rennala will return, and Sellen will transform. The player will then re-visit all Azur’s bodies and Lusat to get Lusat’s set and Azur’s Glintstone Set.

Challenging Sellen and then defeating her will give the player Sellen’s Bell Beading and Witch’s Glintstone Crown. Jerren will give an Ancient Dragon Smithing Stone to the player outside the grand library. The player can kill Jerren and Sellen both after this, but then the player can not take control of the Lusat set or Azur set. While you’re at it, why not go through our Millicent Questline in Elden Ring guide.

This sums up our Master Lusat Location Elden Ring guide. If you find our guide helpful then read our other walkthrough and questline guides as well.