MUL-T is an effective playable class in Risk of Rain 2. Not only it offers ranged attacks with decent damage, but this robot is also capable of landing serious stun, heavy and average damage in close proximity as well. For us, the Transport Mode and the Blast Canister of MUL-T are the two favorite abilities. We can never get tired of dropping few canisters, run away till the cooldown resets the skill to rinse and repeat the same process. The movement speed is a tad bit of a letdown, but you can always equip items to compensate MUL-T in this department.

How to Unlock MUL-T In Risk of Rain 2

Unlike the Artificer, who has a long questline tied to unlock and play with the character, MUL-T is probably the only playable class that unlocks without much trouble in Risk of Rain 2. All you have to do is complete the first teleporter event five times, and you’d find MUL-T sitting in your character roster.

MUL-T robot is equipped with all the tools and equipment to survive the harsh environments and deranged monsters of the hostile alien planet. This survivor has four primary type of abilities, one secondary and a utility, and has two special abilities.

Now that you know all the abilities associated with the Risk of Rain 2 MUL-T character, you must also know how to mix various attacks and create unique combos. Mastering all abilities ensures a high survival rate and guarantees high damage per second attacks, essentially while fighting enemies.

All the best items for MUL-T mentioned here below strengthen its ability to survive longer while taking the fight head-on. Most of the items increase a significant amount of damage MUL-T lands on enemies. However, there is one item on our list that steals life from the enemy. If you use it just the right way, your health bar should never come below 20% health.

This item grants 75% bonus damage on an enemy or a boss if their health is above 90%. Since MUL-T deals the highest damage using slow but lethal Rebar Puncher, equipping Crowbar only makes sense to give our robot the extra attack power it needs. The cherry on top is that when you stack two or more crowbars using MUL-T, the total damage sometimes will be more than a critical hit. We are talking about serious damage and crazy numbers that MUL-T can frequently land on enemies and bosses while doing the runs. Always make this item a priority if you rely on a good amount of damage using Rebar Puncher while playing with MUL-T.

Blast canister of MUL-T is an excellent weapon for crowd control and taking down big enemies quickly. However, the availability of a single canister only is straight up a bummer. However, you can equip more than one canister at a time and empty all barrels in a single go if you equip a Backup Magazine item. This item increases (+1 only) the amount of charge a secondary skill offers. After equipping Backup Magazine, MUL-T will unleash two blast canisters, dealing a more significant AoE damage. Must have item for players who want to do runs solo.

Other than MUL-T, Huntress also takes advantage of Backup Magazine. She can use Laser Glaive without worrying about the long cooldown.

The life steal item every playable class in Risk of Rain 2 wants to exploit, but it is our friendly robot MUL-T who gets the most out of it. On second thought, we think Engineer also takes a great advantage from Harvester’s Scythe. Using the power saw skill, players can land multiple hits in a short duration of time. Equipping Haverster’s Scythe allows MUL-T to steal life (+8 health) in every critical hit of the power saw. Since this weapon deals the high-attack speed but the lowest damage than others, it would be a brilliant strategy to make Power Saw exclusive for restoring health by using Harverster’s Scythe item.

The Proc Coefficient multiplies the healing capacity of Harvester’s Scythe.

A great addition in item loadout to cause bleed damage and deplete enemy’s life over time. Tri-tip Dagger has a 10% chance to bleed an enemy for 240% base damage. Besides, three seconds is the base duration of bleed damage. However, Proc Coefficient can increase the longevity of the status effect. Furthermore, every time a new stack of bleed is applied to an enemy, it refreshes the previous duration. Since the Power Saw weapon of MUL-T offers attacks in quick succession, equipping Tri-tip Dagger seems a pretty good idea to cause bleed damage on enemies and bosses easily.

To Top off Harvester Scythe and Tri-tip Dagger’s effectiveness by increasing attack speed further up a notch, we recommend equipping Soldier’s syringe as well. Additionally, MUL-T has a high-powered speedy Power Saw, and using this item can increase the attack speed by 15%. This item does not increase the overall damage perse. However, it only speeds up the animation of the skill attacks by a factor of 1.15, resulting in a drastic increase in the overall DPS. You could also use the Kjaro’s Band, but that is primarily restricted to Acrid as per our testing.

Last but not least, we recommend using Paul’s Goat Hoff item. MUL-T has incredible speed whenever it is in the Transport Mode. However, the robot significantly lacks mobility while it is outside this mode. Furthermore, to counter the said situation, equipping a Paul’s Goat Hoof item will increase the movement speed by 14%. It comes in handy in situations whenever your Transport Mode is on a six seconds cooldown. 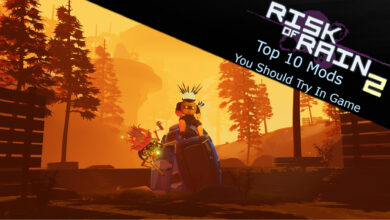 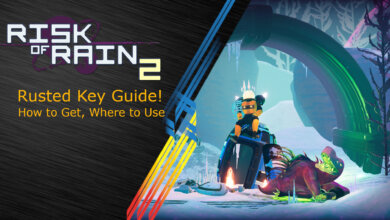 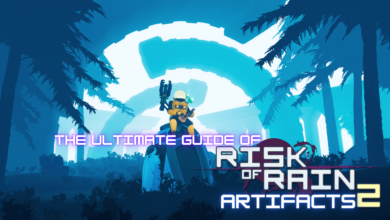 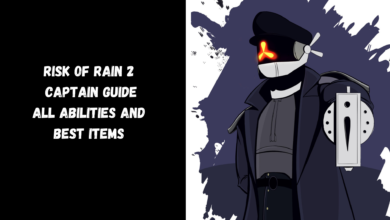