Rex is one of the most fascinating and controversial survivors in Risk of Rain 2. He is often dubbed as self-destroying; however, many players who might have used him before would highly disagree. Rex is entirely different from the rest of the survivors; playing him feels altogether refreshing. This is partly related to his somewhat slow movement speed, but most importantly, the High Risk and High Reward Factor. In other words, whenever you try to deal high damage, it comes at the cost of your health. This isn’t very pleasant, but since the self-regeneration of Rex works, you aren’t going to complain a lot.

The primary reason why developers would have decided something likAe this is fully related to Artificer. These two characters are very similar; both have high damage in the early game and do not require many items. The Artificer has the cool-down mechanism while Rex has the self-damaging limitation. Both characteristics are unique, but this is also what makes Rex so great. So far, as per Risk of Rain 2 Tier list, Rex is ranked in A-Tier, which is very good.

All things considered, In this Risk of Rain 2 Rex Guide, we will be looking at everything. To summarize what I just said, the guide will include, How To Find Rex, What are his abilities, what Items should you get, and lastly, the best Risk of Rain 2 Rex tips. Now without any further wait, let’s jump straight into the details.

How To Unlock Rex in Risk of Rain 2

The Half Robot and Half Plant isn’t very hard to unlock except if you come across a clear guide. Most players have made a big deal out of unlocking Rex in Risk of Rain 2. In other words, numerous factors like artifacts and difficulty are now associated with him, which do not have any impact. Rex can be unlocked through a couple of steps, as shown below. You can click on the heading to go through in-depth guide on unlocking Rex though.

Fast forward, carry the Fuel Array to Stage four, which is the Abyssal Depths, located in Petrichor V. As you come across the environment, go to the Highest Platform on the map. There you will come across a broken robot, which is Rex and all you have to do is repair him with the Fuel Array. This will automatically utilize his Power Plant Challenge, and Rex will now become a playable character. 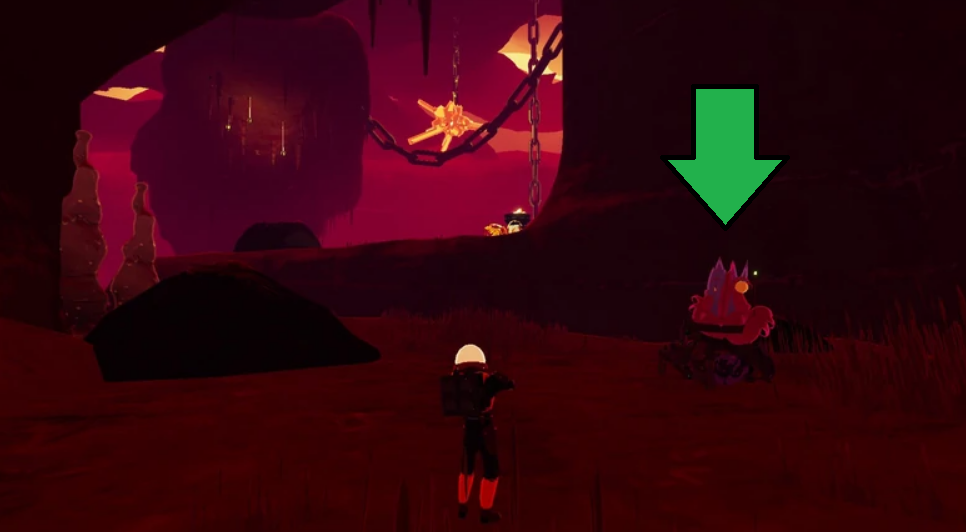 In this segment of the guide, we will be looking at all of Rex’s abilities. Afterward, we will shortlist the best combinations and also share gameplay tips regarding which is better. Moreover, the segment will also describe each of Rex’s abilities, so keep reading.

Rex has the standard M1, which is the Directive Inject. This isn’t as popular, but I find it very useful. To illustrate what is Directive: Inject – the ability fires a three-round burst. The final shot is a bit unique – if you manage to land it on the enemy. It’ll heal 60% of the entire damage, while still applying the Weakened buff. Suppose you don’t know what Weakened buffs is; well, it is a sort of an impact that reduces the enemy movement speed and damage by 40% while also narrowing its armor health. The Weakened Buff is instrumental, but it only works if you manage to land the third shot of the burst.

Rex’s Primary Ability is very straightforward; it is incredibly impeccable but for most users. The package isn’t as interesting. For example, the Proc Coefficient is very low, the chances of getting proc will ultimately be lower. Besides, the health isn’t as useful in the later stages of the game, and the amount of damage being dealt is also really low. All in all, the ability is still worth mastering, but don’t just become dependent on it. The Weakened Debuff is undoubtedly the key here, and it’s reasonable to presume that you won’t be needing the other characteristics at later stages. Lastly, keep spamming the M1 since it’ll always find its way to the enemies.

The Seed Barrage, which is also Rex’s M2, is easily one of the most reliable abilities out there. The Seed Barrage does a high amount of damage — 450%, but although this is really great. Make notes, that the ability comes at the cost of a 15% health reduction. This 15% is always taken from the total health, and besides, one more thing that makes up for this reduction is less than a one-second cool-down. This is highly encouraging, and this ultimately means that Seed Barrage needs to be utilized along with other abilities as a combination.

The Directive Disperse is highly criticized when it comes to Rex. The problem with this ability is that it does not provide a skill that would fully uplift Rex to solve its problems. In other words, the Directive Disperse is not attractive; many players don’t support the idea of pushing enemies far, while waiting for the five seconds cooldown.

Had this been the case, we wouldn’t have mentioned it, but Directive Dispere can be a great tool to utilize Rex’s movement. That is to say; you can use it to rotate because the Sonic Boom would automatically reduce the enemy movement while giving you a backward push if Airborne. This can be highly effective against larger enemies where you would like to use your best Ability, wait for the cool down, and through Directive Disperse, give them a knock so you can rotate. Keep in mind that bosses aren’t pushed as further as normal enemies, so this is a drawback on its own.  Notwithstanding, you can also push enemies off ledges and give them a fall death.

In Situations where Rex is criticized for being useless, unique Abilities like Tangling Growth essentially boost your health while also giving enemies a run for their lives. The Tangling Growth is a like a deadly tree; it automatically traps the enemies inside its radius, while at the same time also catching those that are near to it. These are done through a flower that roots around 200% Damage. The Takeaways from Tangling Growth is the heal; it will heal you for every target hit. Keep in mind that all enemies killed inside the Tangling Growth will give you Health Boost. This means that the enemy doesn’t need to be killed by Tangling Growth itself.

Apart from this, it has a Proc Coefficient 1, mainly supported by Projectiles. And Lastly, this Ability also comes with the compensation of Health Reduction. Since this is a special ability, you will be facing a 25% Health Reduction. Also, the Heal Per Target for your character is 1.5% of their Max Health. The Cooldown for Tangling Growth is 12s.

Just Like Artificer, Every Risk of Rain 2 character has its weakness. This also goes for Rex, who is highly dependent on his health, and all his abilities are circled around it. If you want to kill dozens of enemies in Risk of Rain 2 through Rex, you will have to make sure his health is consistently above 60% so the M2 (Seed Barrage) could be utilized.

This was just the core idea on how to get the most out of Rex, but to explain the best Rex Playstyle in-depth, here is how you should go about it.

Firstly keep in mind that Health Recovery is key, and to do that, never rely on Directive: Inject. This has a very slight health boost. Therefore, your best chance is to rely on Tangling Growth. This will fully uphold all the amount of Health you need, but in order to this, your goal should be to trap as many enemies as you can. In other words, the more enemies you entrap, the more health boost you will get.

Afterward, this health booth can be used to fuel Seed Barrage, which can absolutely destroy enemies but comes with the compensation of health reduction. The entire goal here is to use Seed Barrage as many times as you can, and regenerate health through Tangling Growth.

During all this process, do not waste your Seed Barrage on a small chunk of enemies; instead, utilize M1 and save the Seed Barrage for more deadly enemies. Besides, whenever you are trying to group many enemies under Tangling Growth, always make sure that the bigger enemies are out of the way. Your HP will always be high this way, and grouping enemies to regenerate health will be more accessible.

Last but not least, all this meta applies in the entire game. Spam your Seed Barrage on deadlier enemies, and save the smaller enemies for Tangling Growth. Likewise, always be cautious of not giving your whole health so easily.

In this segment of the guide, we will take a look at the best Items of Rex. These items will help Rex corroborate his weaknesses, find a way to win games, and, most importantly, take him to the next level.

The Topaz Brooch is essentially an Additional Health Provider. All it does is, grants the player 15 additional barriers per stack; this means that your health gets increased and ultimately paths the way to spam more of your abilities. The Topaz Brooch’s Barrier won’t grant one-shot protection and nor interact with your original health. The Topaz Brooch is highly reliable when solving Rex’s health ability and allowing more roam to spam M2.

The Harvester’s Scythe can be heavily reliable when it comes to Healing Rex. AS we discussed earlier, Health is his biggest concern, and with Harvester Scythe, you can heal yourself 8 HP for every critical attack you are able to manage. Keep in mind, that Harvester’s Scythe also has 5% Critical Strike, and all strike will increase the regeneration by 4 points. In short, this item will help Rex not only be more destructive but also help him regenerate.

You can further enhance the impact of Harvester’s Scythe on Rex by getting more Lens-Maker’s Glasses that will ensure a 10% chance to Critically Strike, ultimately leading to the Harvester being more substantial.

As always, the Backup Magazine is highly compatible with most survivors in Risk of Rain 2. The Backup Magazine would help Rex uphold his spammy tactics, and deal more damage. Besides, the additional stacks wouldn’t be too bad when it comes to cool down.

Another Health Item that can help assess your gameplay is Rejuvenation Rack. This is a Legendary Item, that will automatically double your strength of healing. You can also utilize it with N”Kuhana’s Opinion, and Bustling Fungus. The incoming healing are always regenerated by 100%.

The Medkit could be another great asset for Rex in Risk of Rain 2. This is primarily useful in early game scenarios where Med Kit’s functionality can efficiently work, since it’s not accessible during fights. The Medkit provides 20 plus, and 5% more per stack. The Heal is always delayed after you take the damage. Keep in mind, that as you are continuously making use of M2, the Medkit is mostly useless.

The last and most important piece of the puzzle is Tougher Times. This can make Rex absolutely indestructible. The Tougher Times will remove the self-damage from M2; It’ll provide a 15% chance of negating damage. This is a common item; finding it won’t be hard, and besides, your biggest drawbacks, which are self-damage from abilities, will be nullified.

Rex in Risk of Rain 2 is one of the most potent and most destructive survivors in the game. If used correctly – that is to say, you can find the weak spots and address them with relevant Items plus correct usage of abilities. Rex can be excluded from being labeled as a bad survivor.

Start Using Rex, and make sure that his weakness which include self-damaging health is addressed. Rest assured, once you do that, you will always find a way to win games and impress your friends.