Halo Infinite’s technically endless medium of creativity — Forge Mode — has paved the way for several artists to come forth with their hidden talents. From creating new boss fights to making your own iteration of a Battle Royale mode, we’ll now witness the prison building setpiece from Netflix’s “The Platform” in Halo Infinite.

The funny part is that this novel work dangles on the lesser impressive projects built from the ground up in the Forge Mode.

People have been creating maps with destructible environments for Infinite, not to mention a Mario 64-inspired lava map just as well. In case you had seen it all, this one YouTuber decided to create the Silent Hill PT map in Halo Infinite using Forge.

Sharing with us Raimond’s artistic approach to using the Forge Mode, Rebs Gaming has uploaded the following online for interested fans to catch a sneak peek of the creation at hand. Additional details regarding the playability and the name of the map have also been stated in the tweet.

The prison building in the movie “The Platform” (Netflix) has been created in Halo Infinite Forge by @Raimond95809008. The map is called The Hole and is playable now.#HaloForge #HaloInfiniteForge pic.twitter.com/ZZrZ57QKOE

If players look up “The Hole” in the in-game search bar, they’re bound to come across this map in Halo Infinite. It has gone live earlier and now can be enjoyed with friends and acquaintances.

Although we wouldn’t say that the end result is a 100% copy of the actual area from the Netflix movie, the creator did, however, come pretty close to mimicking the prison.

The Platform is a 2019-released Spanish thriller movie that launched on Netflix in 2020. The plot of the movie revolves around a futuristic prison where inmates are kept behind bars in vertical cells and are fed through an exceptionally eerie mechanism.

There’s this food-containing platform that starts from the topmost cell and then continues all the way down to the 200th level. Each person in the cell can eat whatever the platform has left as it continues its journey from top to bottom.

As for Halo Infinite, the game’s Bot Bootcamp was silently removed from the game following its winter update. In other news, a recent Halo event showcased a new weapon called VK78 Commando, thereby hinting at the armament’s arrival in the main game soon.

Earlier last month, we reported that Halo Infinite is not switching to Unreal Engine, unlike what the rumors had said about the first-person shooter at that time. However, the developers have expressed their concern about doing the deed in the context of future Halo projects.

Halo Infinite is available to play on the Xbox Series X, Xbox Series S, Xbox One, and PC via Xbox Game Pass and Steam. It was announced at E3 2018, thereby marking the return of the iconic Master Chief to the legendary franchise for one more ride. 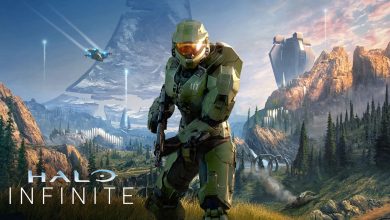