Xbox got a lot of criticism in 2022 for not releasing more console-exclusive titles. But, 2023 is looking like a better year already as 2 exclusive games are coming out on the Xbox Game Pass within a week. One of them is Hi-Fi Rush from Bethesda and Tango Gameworks, and it is apparently very good.

The game has opened to an extremely positive reception on Steam, with 99% of the reviews being good. Considering it has 238 reviews yet, this is a brilliant start for Hi-Fi Rush.

Hi-Fi Rush first caught the eye of fans when ZeniMax filed a trademark two years ago. Similarly, three months ago, the company officially trademarked the logo of this name, and players got the scoop instantly. Afterward, a new leak told us that the game was in development at Bethesda.

Last night, Hi-Fi Rush had a surprise launch at Xbox Developer Direct Showcase. Featuring a colorful protagonist called Chai, it is a rhythm brawler which takes place in a sci-fi world. You have to beat enemies, including robots, by matching the beat to inflict more damage.

At the showcase, the trailer for the game got a positive reception. Now, it seems like this has also seeped into the reviews as Hi-Fi Rush is garnering universal acclaim. 99% of the 238 Steam User reviews about the game are positive.

Hence, it seems like fans are liking Tango Gameworks’ departure from horror games into cartoonish rhythm action-adventures. Directed by John Johanas, who also oversaw The Evil Within 2, following the beat plays is the key as you will connect with your abilities better. Many of the things in Hi-Fi Rush leaked beforehand, but it’s great to see them in action.

A user on ResetEra compiled all of the leaks about this project on the forum. One of these was a leak from LongJonSilver that showed us Hi-Fi Rush’s design and art. You can see how it matched the trailer and one user even figured out the developers early on.

User GlobeGamer talked about this as the 15,848th reply on a mega thread about Bethesda and Xbox. Hence it didn’t get much traction.

He found out that the artist responsible for creating these character designs does outsource work for Bethesda. Simply put, he worked in a company called Improbable whose gaming division does work mostly for ZeniMax studios.

Jamie Martin was the name of this Concept Artist/ Designer who works for Improbable’s game division, The Multiplayer Group. On its website, the gaming division has listed some gaming studios that have given it outsourcing work. And, Bethesda is the name right at the front of this interface.

The Multiplayer group has also worked with other Bethesda-affiliated studios according to the website. ZeniMax Online, Arkane Studios, and MachineGames are its frequent collaborators. Hence, one of its artists leaking a concept art based on a trademark from ZeniMax was a major giveaway.

Judging from Martin’s ArtStation, many assumed that one of ZeniMax’s studios was working on this sci-fi game. A post on the r/GamingLeaksAndRumors subreddit stated that Hi-Fi Rush is actually in development at Tango Gameworks, a subsidiary of ZeniMax. Now that the game has come out, we know that these leaks were in fact true.

LongJonSilver also said in the Reddit leak that it will be a shooter when he replied saying “Concept design for a sci-fi character, from an unreleased shooter game demo.” As we can see in the character concept art, the game does give a sci-fi shooter vibe. But, this turns out to be partially wrong as Hi-Fi Rush is a rhythm brawler with sci-fi elements, not a shooting game.

Some did think that Hi-Fi Rush would be an AAA open-world game, but as we know, this is also wrong. Hi-Fi Rush will be a story-driven game that you can play linearly. The leak that was right in the end was the deleted Reddit post.

It said that Hi-Fi Rush is a rhythm brawler inspired by Jet Set Radio. As we can see in the trailer Bethesda is exactly that and takes a lot of inspiration from the game. You can try the vibrant adventure out for yourself as Hi-Fi Rush is available on PC, Xbox Series X, and Xbox Series S. 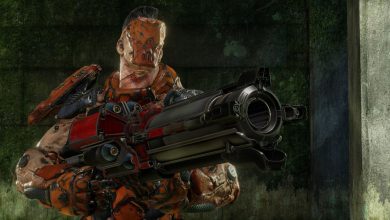