Start from the Volcano Manor Site of Grace and activate the lift to your left. Get on it, and it’ll take you up and out of the Manor.

Now you have to jump down to the lava and follow the path. When at the cliff’s end, jump down to another platform and go ahead. Now turn left on the lavafall and you’ll see the tower in front of you.

When you jump on the platform the tower is on, an iron maiden will come and attack you. Get past it and enter the tower’s open window. A lizardman will be there to attack you. Kill, but be cautious as they can deal tons of damage as they are wielding the Magma Blade itself. Yes, as you’re thinking about how to get the magma blade in the Elden Ring, it’s distributed among these lizardmen. So you’ll need the perfect set of Armor, Weapons, and Spells to fight them. Consuming special Items to Negate fire damage is a great option too.

Once you’ve killed this lizardman, get up the stairs and turn left, you’ll find yourself in a small room with the lift. Getting on the lift will unlock it. As you get on the lift, a creature with a round head will attack you. Kill it as it’s annoying. Once you get down on the lift, you can head straight forward and to the right and you’ll be at the Site of Grace again. Okay so, once you’ve gone back to the Site of Grace, it will unlock the lift.

Performing this task will unlock the farming potential of this area as you can use the site of grace to go and kill those lizardmen again and again.

Are you asking whether the Magma Sword is worth all the hurdles that you have to come across? Well, yes, as you’ll be killing tons of these lizardmen to get the sword, you’ll be getting Runes too. You can use these Runes to upgrade yourself. Also, read our Elden Ring Fastest Rune Farming guide if you need to level up faster.

You know that the Magma Sword is a dropping item, you can consume items that increase drop chances and get it quicker.

The Magma Blade has a high 96 base attack. But that’s why you’ll be getting the Magma Blade. It’s the Fire Attack that it does. Its Fire Attack is 62 and that’s what makes it special. As you use its special attack, it will sprew magma all around you and damage enemies standing near you. So, the Magma Blade is perfect for continuous damage.

If you still haven’t reached the Magma Blade Location in Elden Ring, that is the Volcano Manor, then there are two different methods to get there. In one, you’ll have to travel a lot and preferably on your horse Torrent. Whereas the other is a route to get there. We’ll talk about both of them as they are equally interesting. Read our Volcano Manor guide for an in-depth walkthrough.

Okay, so the first method to get to Volcano Manor is to get to the Grand Lift of Dectus. From there, summon your horse and get ready for a lengthy ride.

Now, begin your journey by going up the road. When the road splits into two, get on the path on the left and continue onwards. After that, you’ll come into an area with the boss named “Tibia Mariner”. You can skip past it without attacking it and getting into Mt.Gelmir. Ride past the canyon while evading small volcano eruptions until you come out with a castle in front of you.

Then, go to the left of the castle and skip past it and you’ll end up in a lava pool with Magma Wyrm. now you’ll have to get across it on the right side, with a little walkway to get past the lava. And then you’ll get at a cliff end. Head to the left from there and you’ll get to a graveyard type of area with tombs. Go straight from it, skipping all the enemies in the way, and you’ll get to the Hermit Village.

We know that our goal is to get to the Volcano Manor and get to the Magma Blade Location, you’ll have to evade every enemy that comes across. This will make the journey faster. You’ll have to jump up and down a few cliffs and you’ll end up in an open area with a ladder. Quickly get up it or an enemy will start attacking you. There are 4 long ladders in total that you need to climb on, and you’ll be on the top.

Don’t worry, the journey is almost over. Once you’ve climbed up, jump down to the tents and head to the left. You’ll come across a bridge that you have to cross. After crossing it, there will be a wind gist going up, jump on it and you’ll get up on the mountain.

Now you’ll find the Full-Grown Fallingstar Beast ready to fight you. Go to the right while ignoring the Beast and you’ll find a pointy cliff that you need to jump down. Go down it, and on your left, you’ll see a large manor, the Volcano Manor. You’ll find an ugly troll guarding it. Run past the troll and you’ll enter Volcano Manor.

Firstly, you’ll have to start from the Schoolhouse Classroom Site of Grace in the Academy of Raya Lucaria. Now, go down the doorway and to the pathway to the left side. The conveyor belt will be right in front of you. Get on the platform after it has passed you.

The lift will drop you on the bottom, and an iron maiden will come and attack you. Let the iron maiden kill you with its grab attack. If it doesn’t, the trick won’t work.

Once you’re killed by the iron maiden, you’ll spawn inside the Volcano Manor area. Here, you can’t fast travel until you get to a site of grace. This is called a soft lock. To get out of the soft lock, when you spawn in the volcano manor area, turn to your right and jump down the ledge. This is a hard fall, and you might have to retry a few times to get it right. Pressing attack while jumping helps a lot.

Okay, once you’ve made the jump, get on the roofs in front of you and get down to the lava. If this is your first time interacting with the lava, then don’t worry; it won’t kill you quickly. Now you can either roll past the lava, or you can use the Quickstep skill. As Quickstep skill is way faster compared to rolling in the lava, you’ll get there in no time.

Now, you’ll have to go across the lava and head to the left, and you’ll find a small platform. Get on it quickly. After that, you’ll see stairs going up, get and get on the lift and press its button. When you get out of the lift, go up the stairs on the left, passing the knight. And you’ll get to a boss fight. After killing the boss, you can access the Site of Grace.

In conclusion, Magma Blade is a powerful weapon that can drastically increase your overall damage output. Getting to the Magma Blade location in Elden Ring is tough. But once you get there, it’ll be a matter of a while before everyone gets it. 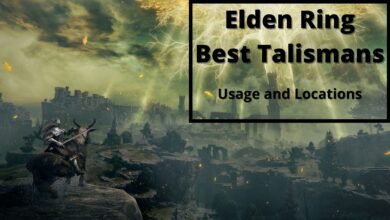 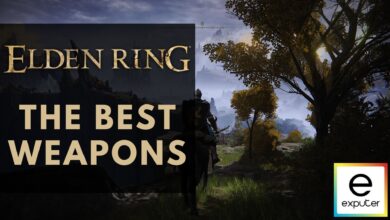 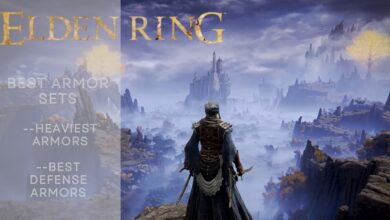