Farthest Frontier features one of the most intricate farming systems that players can come across, with increased map types, town hall placements, fertility details, early-game food production, maintenance of crops and lands, and much more. Our Farthest Frontier Farming Guide will give an overview on how to start up a crop farm and maintain it too.

Let’s start by discussing the map types offered by Farthest Frontier. There are a total of 4 types of map details and map types, so let’s see what they are.

The first type of map that you will be offered will be the lowland lakes, which is pretty much one of the best selections for players who are completely new to the game. In essence, the map type is insanely beginner friendly, and it has mechanics that are pretty easy to understand.

The fertility on the lowland lakes is pretty high, allowing for easy crop growth and low maintenance being needed by the player itself. For players that want the highest amount of fertility, they should look into selecting the lowland lakes map type.

Another map type is known as the “Plains”, which is pretty self-explanatory, as it is simply a plain area. When it is directly put in comparison with the Lowland Lakes, it does not compare since lowland lakes have the highest fertility.

However, plains will have a solid amount of fertile valleys, granting the player the ability to plant down their crops with ease without needing to worry too much about their crops going bad. If you’ve wanted to know more about quarries in-game, then you might find our Farthest Frontier Quarry guide helpful!

That being said, the Alpine Valleys is best for those players who are daring to test out their farming and maintenance skills since the map type will require a bit more effort from the player’s end. Still, Alpine Valley is pretty lush compared to more barren areas.

Now, there is no reason for anyone to manually and personally choose Arid Highlands, but players that are absolute daredevils and think they have what it takes to maintain one of the most difficult and barren terrains are welcome to do so.

In essence, the Arid Highlands has one of the most difficult map types, and maintenance is also extremely difficult. The crop growth and yield prediction are also difficult; therefore, it requires insane amounts of maintenance from your end.

If you are someone who would rather let the game choose the best option for you, then you can click on the “random” button, which will shuffle through one of the four already available options, that being lowland lakes, plains, alpine valleys, and arid highlands. From there, it is up to the player to maintain their selected land.

Now, apart from selecting the map type, the next thing that players will typically want to consider is the main town hall, considering that it is going to be one of the biggest landmarks of the player’s settlement in the Farthest Frontier. If you’ve wanted to get your hands on bricks in-game, then you might want to read our Farthest Frontier Bricks How To Get It guide since it goes into full detail!

Players will also need to consider carefully where their fertilities are present whenever they are placing down their town hall. By clicking down on F on the player’s keyboard, they will be able to get an overview of the land that is available to them.

Players can get an overlook of the land, and they can get a good look at what land is green, what is yellow, and what land is completely barren and cannot be maintained no matter what. The overall map will be present for the player to skim through, and there are practically no limitations when it comes to trying to examine the land available.

If you select a more lush area and scroll to the far left of your map, then you will be able to encounter an extremely lush area that will be fully green and will seem like an excellent home for your future settlement.

If you scroll over even more to the left area, Farthest Frontier farmers will be able to encounter a patch that will be colored blue/ green, and the color will be pretty deep. The patch of land being colored that particular color indicates its extremely high fertility. That being said, the lusher the color, the more it will prove to be suitable for your settlement.

Players will want to keep their settlement somewhere pretty close to that blue/green colored patch.

Whenever players decide to place down their settlements, they’ll want to ensure that they are also taking note of their mineral resources. You want to settle near a place where you will be guaranteed consistent mineral resources, and you will not be left deprived of the resources. Our Farthest Frontier Best Food Sources guide will be a worthwhile read!

Choose a location that checks out everything perfectly, and a few things that need to be checked out are listed below:

Now that you’ve finally got your settlement going, the settlement will include your main town hall, and apart from that, it should include a few basic houses so that however many people you have been able to be housed.

And alongside that, players will also have main resources of food, such as hunting cabins that will provide a certain amount of food for their main settlement. While your settlement is still in its early stages, one thing that payers should take note of is that they should focus on keeping their town as maintained as possible, meaning keeping up to the standards of living for the people in your area. In order to know more about the uses of Apiary, our Farthest Frontier Apiary Uses and Productivity guide will be helpful!

Should You Build Farms

When you are in the early game, one of the biggest questions that will arise for players will be whether you should build a farm or not, and the basic answer is, no, you don’t need one.

When you are just starting, at that point, there will be plenty of food revenues coming in from all directions, to the point where you don’t even really need to invest a suitable land for growing, maintaining, and then harvesting a farm, especially if you have a lower population.

If your population is under 50, you shouldn’t even consider creating a farm at that point since it will only waste your resources. Instead, when you’re expanding your population as a small settlement, you should place your focus on getting food in from other sources:

One thing to note is that if you don’t have a physical form this early on, then there will be a bit of manual labor required. The manual labor will typically be used to move around the foraging huts from one place to another as the seasons change and requirements are changed.

However, let’s say you do want to build a farm in the early game in Farthest Frontier; the best way to go about it will be to reserve 1-3 workers. You need to make sure that these workers will not be laborers already working on your settlements but rather extra people that can be hired as farmers.

Next up, the next topic of discussion for our Farthest Frontier Farming Guide will be farm placements and sizes. Now that you have started your settlement, the next important and obvious step will be to start with your farm. One of the most important things that players will need to consider will be the overall size of their farm and how big it should be. Read up on our Farthest Frontier Desirability Best Ways To Increase guide!

Starting with the standard size, it is a 5×5 sized land. Players are not allowed to create a land smaller than a 5×5, such as a 4×4, 3×3, or 2×2 considering it will be practically useless and it will not have any kind of proper yield of crops, and it will take the same amount of effort that it would take to maintain a 5×5 piece of land.

Players can also go for a 5×6 yield if they feel like a 5×5 is too low for them. A 5×6 field will still require only one worker, but it will be able to provide you with 10% more yield when it is directly placed in comparison with a 5×5 piece of land. The total yield for a 5×6 land will be 240 minimum and 660 maximum.

If you want a slightly bigger piece of land to start with, you can go for a slightly more elongated version of the same 5×5 land and instead convert it to a starting dimension of 5×7.

Now, the main thing that will change for this particular sized farm will be that players will now need to invest a total of 2 workers instead of the typical one that was needed for the previous patch of land. And with that, players can also expect to gain a total yield outcome of 280-770, which is significantly more than the 5×5 land when it comes to max yield.

A few players will want to max out their two workforce outcomes, and for that, they can try out a 5×10 land, which will give an outcome of 400 minimum and 1100 maximum yield.

Okay, now that you’ve managed to select an overall size for your farm, it is time to figure out just what is going on with the entire Crop Field interface because of how complicated it may seem. Want to know how to get your hands on iron? Read our Farthest Frontier How To Get Iron and Craft Iron Bars guide!

Though it might seem like that, if it is broken down, it becomes pretty easy to digest, as can be seen below:

Next up, let’s take a deeper dive into Farthest Frontier Farming Guide regarding crops for players. 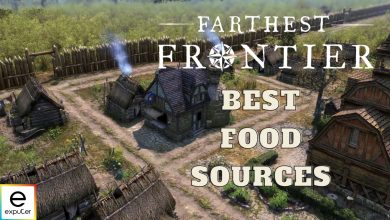 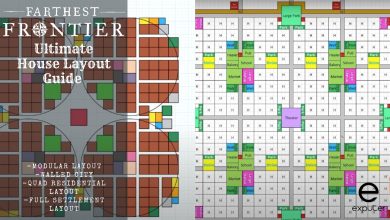 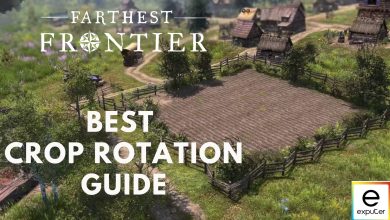 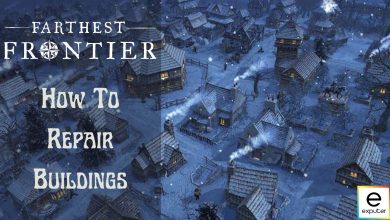 Farthest Frontier: How To Repair Buildings