Capcom’s all-time favorite franchise, Streetfighter, is making a grand return, and fans are excited and hyped for Streetfighter 6. The game looks very promising with its visuals, art style, and combat. Its teaser caused hyped in many major forums, and fans have high expectations from this game. So, in this article, we will discuss ten things that fans want in Streetfighter 6.

She is known for her strong punches and her karate style. She was first introduced in street fighter 3, and she reappeared in Streetfighter 4, but her fans were disappointed to see her absence in street fighter 5.

A lot of players on various forums expressed their desire to have her back in action for street fighter 6. It would certainly be interesting to have a taste of her karate style with a touch of modern graphics in a brand-new street fighter game.

If you’re looking for an upcoming game with a lot of interesting elements like vampires, amazing weapons, and a lot more, then definitely consider reading: Redfall: 10 Things We Know So Far!

Streetfighter 5’s release back then got minimal content, and fans were dismayed to see only a few limited characters to play with during the start of the game. However, the content was added regularly, and Streetfighter 5 gave fans a decent experience.

One game that is known to have many definitive versions is The Last of Us Part 1. It had a great release on PS3 and then moved to PS4. Now it’s getting a remake which you can learn more about here: Last of Us Part 1 Remake: 10 Things To Know.

Street Fighter 5 did feature a story mode, and that certainly raises the game’s standards a notch. The game introduced story mode for the first time in the franchise. However, there was much more room for improvement.

Fans would love a much deeper and well-developed plot line. It would be interesting to see how Streetfighter 6 handles character development for many important characters, including Ryu, Ken, and Chun- li.

If you want a great story with also amazing combat, then nothing can top the Yakuza franchise. There are many games in the franchise, with another one on the way. You can learn more about it here: Yakuza 8: 5 Things We Know So far.

Streetfighter 5 back in the day was only released for pc and ps4 devices; as a result, many players on various consoles could not experience it, and they were disappointed in the franchise. A multi-platform release is something that a lot of fans want for Streetfighter 6.

Xbox fans are highly eager to enjoy this brand-new addition to the franchise. If Streetfighter 6 got released for multiple platforms, the game would have a much higher fanbase, and more fans would get hyped up. Fans are also expecting cross-platform features so they can play with their friends from other devices.

One platform that gets highly ignored for video games is the mac. If you happen to own a mac and are wondering what some amazing games you can play on it, consider reading: Top 35 BEST Steam Games For Mac

One thing that a lot of fans want in Streetfighter 6 is crossover characters. It would certainly be interesting to see characters from other fighting games in this new game. Especially considering Tekken 7 featured Akuma from Streetfighter.

It would be exciting to see some Iconic characters, including Jin, Kazuya, and Heihachi, playable in Streetfighter 6. Furthermore, crossover with characters from guilty gear strive and king of fighters should also be very exciting.

Wishing for new characters is something that’s present in almost all fandoms. If you want to know more about certain characters that fans want in another upcoming game, then consider reading: Suicide Squad Kill The Justice League: Characters We Want.

Streetfighter 6’ teaser certainly caused an uproar as it showed very impressive visuals. Fans are now expecting visuals of this caliber during the actual gameplay. Many characters, including Ryu and Chun li, looked fantastic in the trailer.

Fans are expecting great designs for many other characters as well. They are also expecting better visual effects in combat. The game also needs to be well optimized for players to enjoy it fully without any performance issues or lags.

Usually, the next-gen open-world games tend to have some of the best visuals in the gaming industry. If you’re looking for those games with mind-blowing visuals and amazing open worlds, consider reading: Top 45 BEST Open World PS5 Games In 2022.

Another thing that players want is for Streetfighter 6 to be much faster-paced than all other previous Streetfighter games. A lot of fighting games, including Tekken and Guilty gear strive, require players to smash those buttons in fast-paced combat. Many fans think that Streetfighter games lack that faster pace.

It would be more exciting if the actual gameplay became much faster and more challenging. Characters with greater movement speed with destructive moves could tear the arena apart.

Usually, online games tend to be quite fast-paced due to all the chaos from other players. If you’re looking for such a game, then we recommend you to read: Overwatch 2: 10 Changes From The First Game!

It would certainly be interesting to get him back as his playstyle was preferred by many fans. A lot of fans loved his looks, and it would be interesting to find him redesigned into a much-improved character in Streetfighter 6.

Streetfighter is known as one of the best franchises in the fighting genre. But if you want to explore another great franchise from another genre, perhaps horror, then you should check out: BEST Resident Evil Games: All 26 Ranked.

It might be about time that Streetfighter improves its online gameplay by adding new and improved online modes. In Streetfighter 5, players used to compete with many other players across the globe to increase their rank. It might be interesting to see much more than combat in online gameplay, such as a few minigames or a practice session with your friend.

So, its removal should certainly add much more spice to the gameplay. Fans are also looking forward to new and improved special moves and V trigger abilities.

With that, we wrap up our list of things that fans want from Streetfighter 6. It is certainly an amazing franchise, and each entry tends to improve from its prequel; we can only hope that the sixth installment brings a lot of cool features!

Up Next: BEST UFC Games 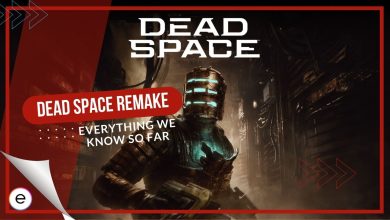