The Forbidden Land of Eureka in FFXIV are mysterious lands where players can enter to obtain excellent weapons and upgrade them with crystals. The Eureka gear is strong, and players can get them after various challenges. The four Eureka lands include Anemos, Pagos, Pyros, and Hydatos.

Players can obtain the elemental crystals from these lands to upgrade their gear. Eureka Hydatos is the last addition to the Forbidden Lands of Eureka. Players can look for materials in this area to craft Hydatos weapons in FFXIV. While you’re at it, consider reading our FFXIV Pagos Guide For Eureka.

Players can obtain much functional Hydatos gear in FFXIV for various classes. You can farm the crystals at the Forbidden lands of Eureka to craft excellent weapons. Gerolt, the blacksmith, can utilize your obtained crystals to craft them into handy gear. The Hydatos weapons have impressive stats and would work wonders in combat.

The Hydatos sword is a must-have weapon because of its fantastic potential with both physical and magical damage. This weapon also has balanced strength and vitality. The Hydatos sword is an excellent choice for your paladin class. You would need a Pyros sword and 50 Hydatos crystals to craft it.

The Hydatos shield is an excellent choice for your Paladin. The weapon has immense blocking and defense potential. Both the block rate and block strength are 600, allowing you to act as a tank in combat.

To craft it, you would be required to farm 50 Hydatos crystals and must have the Pyros shield in your inventory.

The Hydatos Battleaxe is another potent weapon recommended to get in your inventory. The weapon can be equipped by your warrior class. The weapon can inflict immense physical and magical damage. Players would need a Pyros shield and 50 Hydatos crystals to craft it.

The Hydatos Lance is an excellent weapon for your Dragoon class. Like all other Hydatos weapons in FFXIV, it can deal immense physical and magic damage. Like the Hydatos battleaxe, this lance would also give tremendous vitality and strength. To craft it, 50 Hydatos crystals are required along with a Pyros Lance.

The Hydatos Guillotine is a deadly weapon when equipped by your Dark Knight. Your Dark Knight would inflict immense physical and magical damage and prove a beast in combat. Players would need 50 Hydatos crystals and a Pyros Guillotine to obtain the weapon.

If you are using a Monk class, then Hydatos Knuckles is an impressive weapon for you. The weapon has excellent physical and magical damage-dealing capabilities. You would need Pyros Knuckles and 50 Hydatos crystals to craft this weapon.

The Hydatos Knives are a pair of classy weapons for your Ninja Class; Like other Hydatos gear in FFXIV, these knives are great for physical and magical damage. You can craft it using your Pyros Knives and upgrade it with 50 Hydatos crystals.

The Hydatos blades are a great melee weapon for your Samurai class. Your Samurai character would be able to inflict a massive amount of melee and magic damage. The Hydatos Blades can be obtained after enhancing your Pyros Blades with 50 Hydatos crystals.

Great bow weapons are a rare find, and Hydatos Harp Bow is one excellent weapon that you must have in your inventory. While the bard class is not very popular for its damage, The Hydatos Bow may improve its damage potential. The Hydatos weapon in FFXIV can be obtained by using 50 Hydatos crystals to upgrade your Pyros Harp Bow.

The Machinist is a versatile class known for using guns to shoot out enemies. Hydatos Handgonne will boost their damage-dealing capabilities much more.

The Hydatos Grimoire is a perfect weapon for your Summoner class. Your summoned beasts would be able to inflict much more damage with the tremendous physical and magical damage stats. You can craft it using Pyros Grimoire and 50 Hydatos crystals.

Your red mage class can equip the Hydatos Tuck. The weapon has both tremendous physical and magical damage stats. In addition, the Hydatos tuck would also boost your character’s vitality and Intelligence. Gerolt can craft it with a Pyros tuck and 50 Hydatos crystals.

The Hydatos Cane is an excellent weapon for dealing with magical damage. The weapon would boost your character’s mind and vitality, which may prove handy. The white mage class can equip the Hydatos Cane. It can be obtained after using 50 hydatos crystals on your Pyros Cane.

If you want your Scholar class to perform exceedingly in combat, Hydatos Codex is a recommended Hydatos weapon in FFXIV for your scholar build. The weapon has significant damage-dealing potential. Moreover, it would also boost the mind and vitality attributes useful for support. The Hydatos weapon can be made utilizing 50 hydatos crystals on your Pyros Codex.

The Hydatos Astrometer is an excellent weapon that can bring out the true potential of your Astrologian class. The weapon can increase your Mind and Vitality attributes to improve healing potential.

How To Obtain Hydatos Crystals

Hydatos crystals can be obtained through defeating notorious monsters that spawn around in the land of Eureka, Hydatos. It is recommended to be prepared beforehand to farm crystals for longer.

Most notorious monsters would only drop 6 Hydatos crystals, so players would be required to make a lot of effort to craft the Hydatos weapons.

Higher-level notorious monsters would drop more Hydatos crystals. Speaking of farming, Using a retainer class in FFXIV would help you farm various materials in FFXIV. Players can also use the FFXIV Novice network if they have further questions regarding the crystals farm.

How To Craft Hydatos Weapons

If you want your weapons to look more Aesthetic, try out these best FFXIV addons to improve visuals. Players would be required to level up their characters to 70 before using the Hydatos weapons.

Players can upgrade their Eureka Hydatos weapons in FFXIV in several weapon steps by using more crystals and Crystalline Scales. The Crystalline Scales can be obtained by completing FATEs quests in Eureka, Hydatos.

It would require 100 Hydatos crystals for every weapon step till your weapon upgrades to a base Eureka weapon.

This can be upgraded to a Eureka weapon using five crystalline scales and 100 crystals. For the last weapon step, players can use 100 Eurekan fragments to change their Hydatos weapon to Physeos.

When fully upgraded, these weapons would work well with your DPS classes in FFXIV. Using a training dummy in FFXIV might also improve your skills further.

Logos Actions are specific weapon abilities used with your Eureka Pyros or Hydatos weapon in FFXIV. These Logo actions can be handy as they can perform various functions. They can increase your damage output, buff your stats and provide healing.

Each weapon can equip up to two logos actions used in combat. There are above fifty Logos Actions, but we will mention some of the best. These Logos Actions can be beneficial in Endgame. On the subject of Endgame, check out our guide on Best In Slot FFXIV for end-game gear.

The Cure L Logos action can restore your character’s HP to a great extent. Getting this action is recommended as it will save you from a bind during tough battles. The healing potency of the spell is 9000. The enhanced version “Cure L II” has a healing potency of 12,000.

Death L is a highly lethal logos action to use in combat. The weapon’s ability can decimate your opponent in one hit. Though, this ability depends on your luck. The success rate of the ability would increase when the opponent’s HP is low.

Wisdom Of The Skirmisher

Wisdom of the Skirmisher is an excellent logos action if you want a quick damage boost. Its ability can increase the damage dealt by your team by 20%. This damage increase may prove helpful against tough bosses.

That’s all about our Hydatos weapons in the FFXIV guide; getting a few are recommended as they perform exceedingly in combat. The Logos Actions of Hydatos weapons can also be a handy asset during boss battles. It is essential to farm Hydatos crystals to craft these fantastic Hydatos weapons. 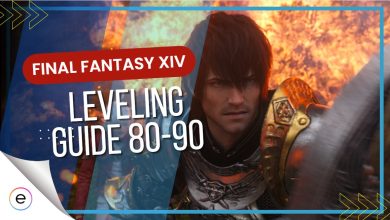 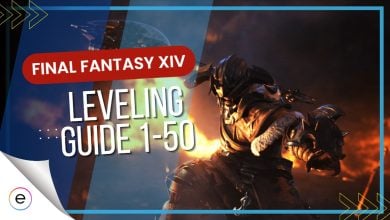 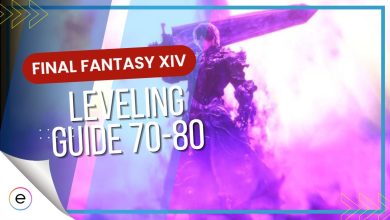