In the Abbey Grounds, some areas are inaccessible without the Words of Power in Midnight Suns. Doors, broken bridges, vines, or cracked walls block areas. There are a total of four words of power in the game, and players must complete a series of quests and puzzles to get them.

To pass through doors, players need the Open Word of Power to open the doors in Abbey Grounds. Players can acquire an “Open” Word of Power by completing the very first Agatha’s quest.

To start Agatha’s quest: follow Charlie to Agatha’s shrine. You can interact with Agatha’s statue, and the quest will start.

After starting Agatha’s quest, you will see Agatha’s soul, which you must follow to Blood Gate.

After interacting with the Blood Gate, the player will face a Challenge Mission: Trial Of The Elder Gods: Osthur. You simply complete the trial by defeating all enemies.

After that, the Blood Gate will be destroyed, leading you to the cave. In that cave, you will find a Moon Seal, which you will have to place in front of the statue. Doing so will give you the “Open” Word of Power in Midnight Suns.

After collecting all the Elemental Rods, place them in this order to get the Moon Seal.Afterward, head to the Blood Gate near the Valley Of The Winds, as shown in the image below:You can interact with the Blood Gate, where you will face another Challenge Mission: Trial Of The Elder Gods: Atum. However, this challenge may be difficult, as it requires you to survive for four turns and defeat 16 enemies. Make sure to increase your level before facing this challenge.The process will be the same as before, head into the cave and put the seal in front of the statue.

To initiate this, head to Hiram Shaw’s Church in Valley of the Winds. You will find Agatha in the Church. After speaking with Agatha, you need to use Open Word of Power to open the door.

Behind that door, you will find an office with some papers on the table. Use Reveal Word of Power to get the contents of the paper. Right behind that table, there will be another door, which can be opened through Open Word of Power.Upon exploring the Church’s grounds, you will bump into a barrier. After inspecting the barrier, you will need to talk to Dr. Strange, who will be in the Library.After that, you will have to lead Dr. Strange to that barrier you found. Dr. Strange will inspect the area on his own, so you will have to sleep and wait for another day.After a day, you will have to talk to Dr. Strange again [Note: You might need to sleep more than once]. If you have completed the main storyline, The Deep Dark Venomous Depths quest, you can retrieve the Vial of Symbiote, which will be in the Forge, which will dispel the ward (remove the barrier).

Head to the Barrier again, dispel the ward, and explore the cave. After that, inspect the paper, which is the drawings, you found while entering the church.

The first Stained Soil is located in a cave near Stone Terrace. Just teleport to the Stone Terrace, and climb up the hill. You will see the cave right in front of you.

The second Stained Soil is also located in a cave near Stone Terrace. To get there, you will need to teleport to Stone Terrace and move through the door. Climbing down the left stairs, you will see blue fires on your left side. Head there, and the cave will be near.

After acquiring the Moon Seal, you must find the Hanging Tree. Teleport to Shaw’s Church and head to the pinpointed area in the image below:

The Hanging Tree will have ancient letters on it. Move closer to the Hanging Tree and use the Reveal Word of Power, which will give you the Moon Seal. Now, look into the sky, and find the green light.The green light leads to the location of the Blood Gate. Reaching there, you must face the Challenge Mission: Trial Of The Elder Gods: Hyppus. Complete the Challenge and claim the “Purify” Word Of Power in Midnight Suns.

To break the broken walls, you need the “Break” Word of Power. The Moon Seal for this one is shattered into three shards. You will have to find all three shards and give them to Agatha. The location of all three shards is pinpointed in the image below:

After finding all the shards, head into the library and talk to Agatha. After that, Agatha will ask you to find a mysterious flower, “Reagent.” To find it, teleport to Agatha’s Cottage. You will find the Reagent just behind you after teleporting.Head back to the library, and talk to Agatha. Afterward, you will need to head to the Elemental Altar, where you will again interact with Agatha and also get the Moon Seal.

Teleport to Lilith’s Garden, and follow the red light coming from the sky. After reaching there, you will find Agatha in front of the Blood Gate. After opening the Blood Gate, you will have to face a Challenge Mission: Trial Of The Elder Gods: Set.

Every time you complete a challenge mission, the Blood Gate will break down, leading into you a cave. You will find a statue and a place where you can place the seal in that cave. However, you might fail while completing the challenge. That’s why we recommend you Max Level your character before attempting because you can attempt one challenge a day.

You can only play with Hunter and Charlie while doing a challenge mission. So, why not have the best Hunte build? Moreover, you can run out of Credits while sparring with your opponents. Therefore, it is important to Farm Credits beforehand.

You can even build the Best Characters to fight Venom and complete The Deep Dark Venomous Depths quest, which is necessary to get Purify Word of Power in Midnight Suns. 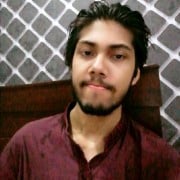 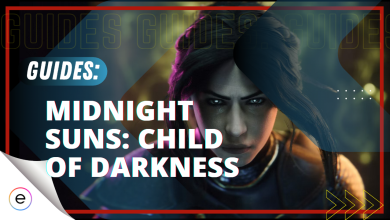 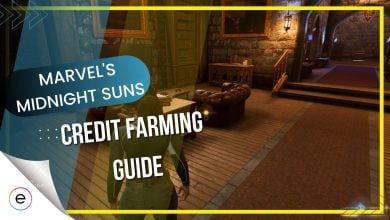 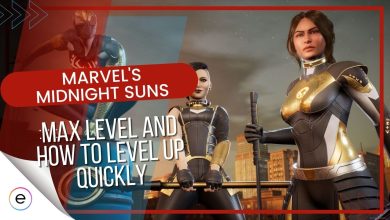 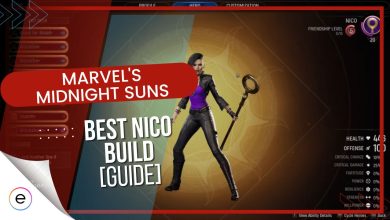