Elden Ring offers its users the most intense combative duel they might have ever seen with the massive horde of weapons and exciting collection of bosses on the leash. The thrill doesn’t end here as the Elden Ring holds yet another essential set of equipment to heat the intensity–called items. How could we resist either? Similar to our Elden Ring Weapons tier list and bosses tier list, here’s a complete Elden Ring Item Tier List to help you make the most of this utility too!

FromSoftware’s first open-world launching, the Elden Ring, is full of features and thrill. Behind each hidden item, Elden Ring locks some exciting features that users will ultimately need to propel through the storyline. Many of them will be a user’s first key to unleash a whole new game stage. So let’s not delay it further and get right into it! 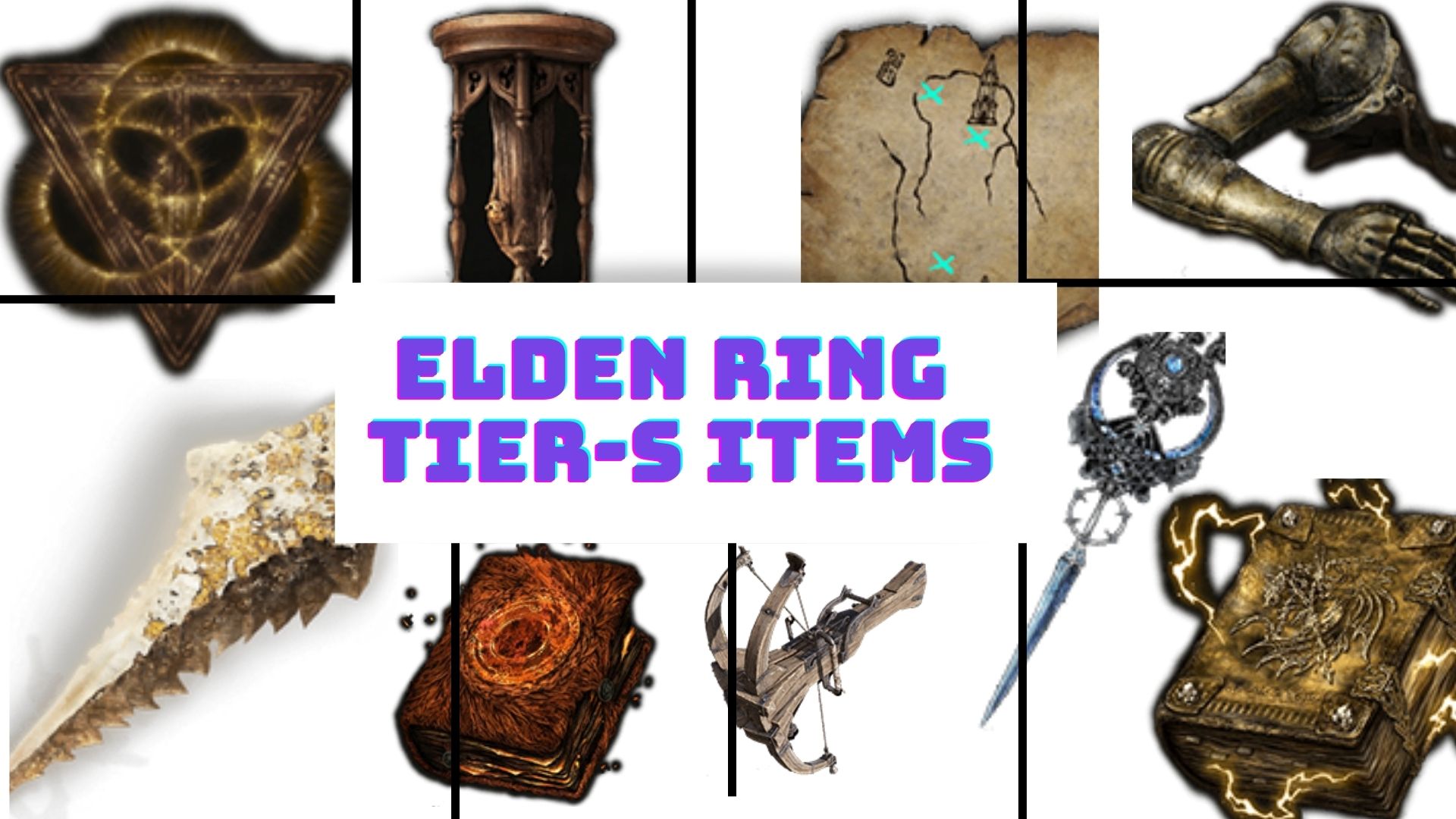 S-Tier Elden Ring ItemsThe S-Tier includes items you must possess to further your adventure in the realm of Elden Ring. Though many of these will not be a direct key for opening the next challenge along the Elden Ring pathway, they will still prove significantly crucial.

For instance, some Remembrances or Consumables of this tier may seem useless to you as not every offering suits everyone. Still, you may require it against a necessary-to-defeat boss at some point in the game. Therefore every Elden Ring Item mentioned below is worth your attention.

Nevertheless, items ranked in this tier don’t necessarily imply that players initiate a blind quest of finding them. You will come past most of the S-Tier items along the way, and you just need to prioritize picking them.

This tier holds all Elden Ring items that aren’t an absolute must-have for players if they aspire to reach the end of the game; however, these choices will surely help along.

Items in Elden Ring are obtained as drops from Bosses, looted in special quests, hunted in specific locations, or are given by NPCs. There are many different items that the Elden Ring map has, out of which many are necessary while others can be ignored for a time. This is exactly why we have divided our Elden Ring tier list into two main ranking groups: S and A tier.

The S-Tier houses all items that, if you don’t find in time, specific tasks and bosses could be nearly impossible to manage. Whereas the A-Tier accommodates those that aren’t mandatory to finish the game like the S-item are but might sometimes prove to be very useful as you proceed through the Lands Between.

Before diving into the tiers, it’s also crucial for you to understand that Elden Ring has divided its extensive array of items into categories. We have also adopted the same in our tiers. Those categories  go as:

Key Items: These are the most significant set of equipment as some of them are means for a player to propel forward through the Elden Ring storyline. This is exactly why you will see most Key Items ranked in the first tier. Most Key Items lets players gain access to locked areas or functions of the game. For instance, you can not avail the various Cookbooks and Consumables’ crafting options unless unlocked by the Key Item— Crafting Kit.

Great Runes: Great Runes are the ultimate drops by the Demigods, which conceal absolute powers within them. These powers usually correspond to the theme and fame of that Demigod and can be unlocked upon scaling associated Grand Divine Towers.

To conclude the storyline of the Elden Ring, players must win and restore the power of at least two of the seven primary Great Runes. If players fail to keep up with the criteria, they will most probably be restricted from experiencing some critical places later on in the plot.

Remembrances: Remembrances are the only other items left with Great Runes as a memorial of your triumph of defeating a boss. Meaning you will be showered with these items whenever you manage to outclass a boss.

Remembrances can aid your character growth and progression in two ways. One, they can be traded for a “great bounty of runes”, giving users a lot of currency which can later be used to level up with. Two, Remembrances can be taken to Finger Reader Eina in the Roundtable Hold’s Two Fingers room.

She will give you a special weapon associated with the enemy you fought. These weapons are indeed one-of-a-kind and might even flip your play style in a good way.

Consumables: The Consumables category of Elden Ring items consists of special effect-rendering equipment that are best available in battle and exploration. This includes giving a boost to your HP stats, expanding your collection of runes, and much more.

If using a consumable against bosses, we recommend not wielding it until the boss’s health bar chips off at least to the 50% mark. Meaning, use them once you get used to the enemy’s moveset. Though these pieces of equipment can be acquired through quests, as a drop of a boss, or given by an NPC, they can also be bought from a Merchant.

Multiplayer Items: This collection of Elden Ring items prove one heck of a helpful bunch when players need more partners to outclass a super stubborn boss. Multiplayer items will allow you to interact with fellow PvP or Cooperative Play players.

We put a substantial amount of time and effort into curating game tier lists after thoroughly experiencing the play ourselves. The Elden Ring item tier list is no different either. The items ranked above are not only placed into respective tiers merely on stats but also on how viable their effects can prove for individual players.

Our team has tried to induce every necessary, most up-to-date information as possible so our readers couldn’t miss any. However, because Elden Ring is a new release and we as gamers are still experiencing its vast fields filled with intense, new challenges, this tier list may lack some speck of information.

With that being said, our overall Elden Ring items ranking and guide are open for further discussions in the comments below.