V Rising features many different kinds of bosses, each having a unique set of complex moves and strategies. They are also often tricky to find and it is very common for players to pick a fight against them in the wrong area or place. Therefore, to help our fellow gamers out there, we would be covering foulrot the soultaker location and also the optimal place where players can fight him.

Where To Find Foulrot The Soultaker

Players need to follow a specific route to the boss. If they rush towards him, they would get all the enemies in the area on their tail, which they won’t want to happen. To get to the boss, players must first get into their rat form, as it would be extremely helpful for them and could save their lives.

To get rat form, simply head over to the Vermin’s nest, and players would need an item called “Putrid Rat.” Using that item would summon and boss and then players would need to kill it. Upon killing it, they will get the Rat Form.

Therefore, they must avoid enemies at all costs. They can simply do that by avoiding the main roads, as the Lurkers patrol them. Confronting a mob of enemies would also result in you losing your rat form, so make sure to avoid all enemies.

Foulrot the Soultaker’s location is in the Ancient Village. It means he can be fought anywhere inside the village. As to where to fight should take place, the image above indicates the best place players can fight him. It’s because if they go directly through one of the main gates, they would trigger the whole village which wouldn’t go well for the players.

How To Defeat Foulrot The Soultaker

Before engaging in combat with Foulrot, you will need to make a decision relating to whether you want to rid the town of its foes or enter by the side door. The former option guarantees that the combat will just include you and Foulrot since it eliminates the possibility that you may inadvertently draw the interest of the other monsters.

You can get to him if you reach the town from the main road, but there is also a door on the western side of the settlement that you may use. You will be able to entirely avoid the Skeleton Mages, Skeleton Bishops, and the Banshees that are wandering around the empty settlement if you enter by this other entranceway.

First off, the skills we recommend for players to use are the Pestilence, Chaos Volley, and Spectral Guardian. For the Weapon, players should use the Dark Silver Weapons, especially the Dark Silver Reaper or the Sanguine Axes. The reason Dark Silver Reaper is recommended is that it provides a physical damage bonus and also it deals more damage to the undead. Since Foulrot the Soultaker is an Undead, using this weapon against him would be ideal.

Players should use pestilence because when a target takes a hit by the skill, it takes increased 25% damage for 5 seconds. Not only that, but it also deals 40% magic damage, so the reason it is being used is pretty self-explanatory.

Chaos volley is also a nifty choice, as it deals quite a lot of damage and inflicts a status called chaos burn. The main reason why we recommend using Spectral Guardian is that it summons a guardian which protects allies and the player under a shield and scales off 125% of the player’s spell power.

It also attacks enemies in a large AoE swing. The guardian golem lasts for 7 seconds. The skill would greatly help in the initial stage of the fight against Foulrot.

First off, the boss spawns with a lot of allies, we recommend bringing them down first so that players can later focus only on the boss itself. As to where the fight should take place, we recommend starting it near the tree as shown in the image above. It is because the tree allows players to kite him around. It also acts as a shield to his projectile attacks, so fighting him in this spot is highly recommended.

When fighting Foulrot, one of the initial tasks you should focus on doing is eliminating the two Skeleton Mages he has. Demons provide fire support by firing hellish projectiles in your direction as Foulrot reduces the distance between the two of you. Once you’ve eliminated them, fortunately, they would not reappear over the course of the battle afterward.

After a while, the boss spawns banshees, they are weak however if you get caught in their line of sight, they then start charging into you. Right here, the tree acts as your savior and you can dodge their attacks with utter ease.

The banshees try to attack the player but they can and they simply run out of their charge and die, without the player having to kill them. Coming over to the boss himself, he has a counter move, which you would want to dodge, or else it hits very hard.

Foulrot only does his counter when you are at medium range. He can only do it once a while and after doing so, it goes on cooldown. If most of your attacks are ranged then you will have little to no problem at all. However, if you decide to play melee, then you should be careful of his attacks and act patiently.

As for his other skill, he goes invisible for a few seconds, after which he appears and deals around 50 damage if the player gets hit. Therefore, players must be ready to dodge this one attack as it hits as hard as a truck.

Solarus is also another vicious, merciless lvl 80 blood carrier who gives a great hard time to players. Fortunately, we have a whole guide on V Rising Solarus, so be sure to check it out!

Rewards By Defeating Foulrot The Soultaker

Another reason why players may want to go with the foulrot boss first is the rewards players would get. Upon his defeat, Players get Mist Trance’s ability. The ability allows players to become invisible and immune for 1.5 seconds. Not only this, but players also get the Phantom’s Veil, Banshee, and Spectral Dust.

So this sums up everything you need to know about Foulrot the Soultaker, from his location to the best optimal location you can fight him, to which skills, weapon, and strategy to use. If you think we missed some important, crucial detail, then please do let us know in the comments down below.

Next: V Rising Best Base Locations 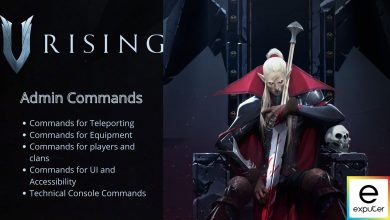 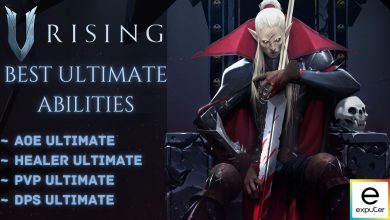 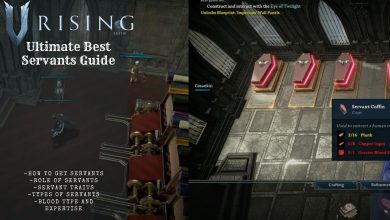 V Rising Best Servants: How To Get, Traits & Types 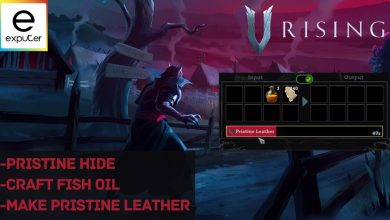