Call of Duty Warzone 2.0 players love fennec 45 when they are looking for a good SMG. Players use different attachments to get better aid in shooting and aiming the gun. Fennec 45 is an SMG, and it helps players to win almost any close-range fight thanks to its high firing speed and low recoil. If players are able to build a good custom loadout for this gun, you can use it more efficiently. In this guide we have discussed COD Warzone 2.0 best Fennec 45 loadout to help you adjust the gun according to your playing style.

We have picked some of the best attachments and perks which will help players maintain the best aim and recoil control when playing hip fire style. Here are our top picks for fennec 45 loadout for close combats:

We have chosen the above attachments keeping in mind the need for a stable aim and fast movement required in hip fire playing style. By using the above-mentioned loadout, players will be able to fire faster with greater accuracy and higher damage. Here are some of the benefits of using these attachments:

In close combat, players need to have a great idea of what is in their surroundings. Also, when hip firing, players need a good secondary weapon along with some other weapons in case there is a need to reload the primary weapon, and there is no opportunity for the player to reload. Here are the reasons why this is cod warzone 2.0 best fennec 45 loadouts for close combat.

Benefits Of Using These Perks

Perks are extremely effective in different points of the game. Some perks helps players to heal quicker or some perks help to locate enemies. If players want Call of Duty Warzone 2.0 best fennec 45 loadouts, they have to set the perks accordingly. We have selected the above mentioned perks keeping in mind the loadout we have designed. Below are the reasons of choosing these perks.

Call of Duty Warzone 2.0 offers a great perk that is weapon tuning. Players can unlock this feature by attaining the maximum level in their weapon. Weapon tuning will help players to enhance their weapons’ stats, making their guns further customized. Warzone 2.0 also allows the players to adjust the attachments, which will enable them to build a a loadout exactly according to the playing style they use.

We recommend the above-mentioned tuning because it will keep a balance between the ads and the mobility. With these settings, players can get better aim and mobility, which in return helps them to defeat their opponents and win games.

Reasons For Choosing These Attachments

Below are some of the reasons we have chosen the above-mentioned attachments for cod Warzone 2.0 best Fennec 45 loadout.

Reasons For Selecting This Loadout

In close combat, players need to be extra sharp-eyed of what is going on around them.  Here is why we have chosen the above Fennec 45 loadout for close combat.

Benefits Of Using These Perks

Perks can be greatly useful for the players to get different in-game benefits over other players. If players want Call of Duty Warzone 2.0 best fennec 45 loadouts, they have to set the perks accordingly. Below is the basis due to which we have chosen the above-mentioned perks.

Weapon Tuning for this loadout is set keeping in mind that players are not bound to fire very fast, wasting ammo. Here, weapon tuning for fennec 45 is designed such that players can have a stable aim and ads sensitivity to get the maximum bullets on target.

For this call of duty warzone 2.0 best fennec 45 loadouts, we recommend the above-mentioned tuning because it will keep a balance between the ads and the mobility. With these settings, players can get better aim and mobility, which in return helps them to defeat their opponents and win games.

How To Unlock Fennec 45

To unlock Fennec 45, the player just needs to reach level 38. Players are not restricted to using a specific weapon or completing specific missions in order to unlock this absolutely insane gun. There is no specific shortcut to unlock this gun more quicker. The only possible way of unlocking it faster is by levelling up faster.

Players require more XP in order to increase their level quicker. Players can get more XP faster by playing objective matches and completing contracts. So, try to compete more in such games to gain more XP, which in return helps you to unlock fennec 45 quicker.

Call of Duty WarZone 2.0 is here, and it goes without saying that among all the submachine guns that the game features, the fennec 45, also known as the Vector is a favorite one of many players. Generally, among players, SMGs have been one of the most popular weapon classes in Call of Duty games, and same is the case with warzone 2.0. SMGs are extremely effective weapon class in Call Of Duty Warzone 2.0 if properly used.

Fennec 45 is a great SMG weapon in Call of duty Warzone 2.0 which provides a great and effective gameplay. SMGs offer a very lesser recoil and higher firing rate as compared to assault rifles due to which many players prefer SMGs. For the maximum performance, a player needs to set the attachments of his guns according to his needs. 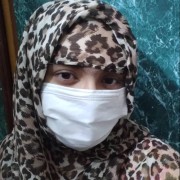