God Of War has lived up to all the hype that it has built over the years. The game has finally launched, and you can play around with the Leviathan Axe again. However, the game also brings in new attachments and attacks for your axe. We will discuss the best attachments and attacks, including the upgrades that you should get for your Leviathan Axe in God Of War Ragnarok.

How To Upgrade The Leviathan Axe

Just like the previous God Of War game, you need frozen flame in Ragnarok in order to upgrade your Leviathan Axe. This frozen flame item can be obtained by killing bosses in the game, and the axe can be upgraded all the way to level 9 additionally. Previously, it was restricted to level 5 in God Of War 2018.

Collect the frozen flame item and go to either Sindri or Brok’s shop in the game. They will upgrade the Leviathan Axe for you, and all you need to have is the frozen flame item. Upgrading your axe by this method only increase your stats and the base damage of the weapon. Additionally, it allows you to purchase more skills for the axe as well in the game.

The upgrades for the Leviathan Axe don’t just end here in God Of War Ragnarok. There are a lot of customizations that you can do to your weapon. You can attach pommels or grips to your axe, which gives your certain buffs whilst also increasing certain stats.

Then there are the light and heavy runic attacks for your weapon that adds variety to your moveset and deal massive damage additionally. These two things are essential to your axe upgrades, and we will discuss them in complete detail.

As we have already mentioned before, you can attach various grips and use different light and heavy runic attacks for your axe in the game. Here are the best attachments and runic attacks, including the best skills for the Leviathan Axe in the game.

It should be noted that some skills will be locked behind your frozen flame upgrades of the Leviathan Axe. All skills become available to purchase once the axe has been upgraded to Level 6.

It is a ranged skill for the Leviathan Axe in the game. Basically, it allows you to charge up your Leviathan Axe by holding R2 before you through it at the enemy. This will not only deal additional damage but will also cause an ice explosion that will damage a whole group of enemies if they are close to each other. So, it is one of the best-ranged skills that you can get early in the game.

It is another skill that you can get early in the game, and you should definitely purchase it instantly when it becomes available. There are many burning enemies that you fill fight in Svartalfheim, the first realm that you visit in God Of War Ragnarok. So, it is always useful to have that additional damage against burning enemies in the game, which will give you an upper hand during your fights in Svartalfheim additionally.

Serpent’s Snare now adds an additional heavy attack that is charged up while using the Leviathan Axe. Kratos now deals massive damage if the heavy attack is charged before hitting the enemy, and he will also throw away the enemy after the attack.

That can be used to throw enemies off from cliffs for instant kills. And if the attack hits a weak enemy, then that enemy will blow up after the attack causing frost damage to other enemies nearby. The Serpent’s Snare also deals massive damage to bigger and tougher enemies.

Pride Of Frost I

Pride of Frost adds a finisher to your R1 combo of the Leviathan Axe. That finisher is actually a heavy attack at the end of the light attack combo that will deal frost damage to enemies. It will also launch the enemies into the air additionally. That will allow you to deal even more damage when the enemies cannot fight back.

It is another ranged skill for your Leviathan Axe that works after you’ve thrown the axe. When you’re barehanded after throwing the axe, Just press L1 + R2 to initiate a heavy attack where Kratos calls the axe back and causes a huge slam attack that deals frost damage additionally to the enemies. The enemies are also knocked backward.

You can hold R1 to bring out a wave of ice that travels forwards and causes high frost damage to your enemies. And the frost attack damages for quite a while before it finishes. The Glacial Rake skill is very helpful to proc frost quickly on your enemies. You can then switch up to the Blades Of Chaos to deal even more damage to frosted enemies as well.

It allows you to quickly charge up your axe in between your combos or attacks. That allows you to proc frost on your enemies whilst you’re also dealing damage. This is very useful because you don’t have enough time to charge up frost when you’re surrounded, so it is best to get that frost in between your attacks in the game. That is where the Frost Awaken skill comes in clutch.

The Fortified Frost Knob affects your strength and runic cooldown stats in the game. It additionally increases your defense and stagger resistance when you frost awaken your axe. This is actually really helpful as the axe already deals more base damage in addition to elemental damage when you frost awaken it.

Now, with the Fortified Frost Knob attachment, you will also get more defense and stagger resistance. That will enable you to take full advantage of that frost awakening, and you’ll take less damage while dealing more. Basically, the fortified frost knob adds a defensive layer to your already offensive ability.

The Fortified Frost Knob is located in Svartalfheim. You basically have to progress the main story that, includes the Quest For Tyr. It is inside the room where you fight a mini-boss battle with the Hateful. Just beat the boss and open the chest to get your reward.

Additionally, the stonecutter’s knob affects both the strength and the defense in your stats. It is an overall great attachment for your Leviathan Axe in God Of War Ragnarok.

It can be crafted later in the story. All you have to do is to visit the Huldra Brother’s Workshop after you’re done with The Reckoning in the game, which is the sixth main quest. You should be able to craft it at that point.

Njord’s Tempest is great for sweeping away a wave of enemies in the game. If things get a bit tenser and you get surrounded by enemies, then Njord’s Tempest will help you sweep away those enemies so that you can re-strategize. The attack also deals massive damage additionally.

Njord’s Tempest can actually be obtained early in the game when you visit Svartalfheim in God Of War Ragnarok. It is actually located inside a legendary chest located on the Althjof’s Rig. Solve the puzzle there and use the crane to make your way to the chest.

Hel’s Touch is a really useful light runic attack for the Leviathan Axe in the game. You can use it to stun each and every enemy around you momentarily. It even stuns mini-bosses as well. You can then make use of that situation to plan your next move or start damaging the enemies while they are stunned. This light runic attack gives you more breathing room during the fight.

It is located in a legendary chest that can be found in the Burrows on Alfheim. You will come across this chest while doing the side quest Song Of The Sands in God Of War Ragnarok.

Heavy runic attacks can be activated by holding out your shield and pressing R2. These attacks deal more damage than your light runic attacks and can be used to wipe out groups of enemies. There are five total heavy runic attacks, but we will discuss the two best ones in God Of War Ragnarok. Following are the best Heavy Runic Attacks for the axe in the game;

The Breath Of Thamur is one of the best AOE attacks that is additionally a heavy runic attack for the Leviathan Axe in the game. This attack will damage each, and every enemy that is in range, and the range is huge additionally. You will be able to take out large groups of enemies with the Breath Of Thamur in God Of War Ragnarok.

This attack is located in a legendary chest present at The Raven Tree in God Of War Ragnarok. You will have to destroy 28 Eyes of Odin in the game. You won’t be able to open the chest until you’re done destroying 28 of those birds in the game.

Fog Of Fimbulwinter is another great offensive heavy runic attack for the axe. It basically unleashes waves of cold fog toward your enemies. These waves travel far and will also damage enemies at medium range. They will also take the enemies that they damage away from you. You can use this attack if you get surrounded by a large number of enemies at the same time.

The Fog Of Fimbulwinter is located in a legendary chest present inside the Myrkyr Tunnels in the game. Follow the main quest line, and you should come here automatically. The game actually leads you here so that you won’t miss the chest.

God Of War Ragnarok is an amazing fast-paced action game with some of the best art direction and visuals. Its masterclass storytelling is just the cherry on top. It is a great sequel and the best possible end to Kratos’ adventure in the Norse Sage. The game is available to download on the Playstation 4 and the Playstation 5 currently and will stay exclusive for quite some time.

This concludes our guide about the Best Upgrades for your Leviathan Axe in God Of War Ragnarok. We entailed almost everything that you should get for your axe, including the attachments, skills, and light runic attacks. Everything was explained in complete detail. Let us know what you think about God Of War Ragnarok in the comments below! 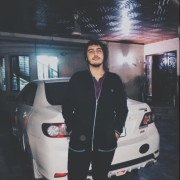 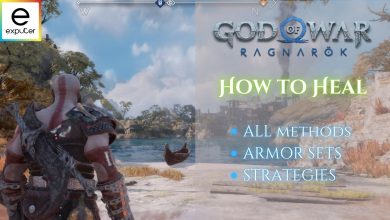 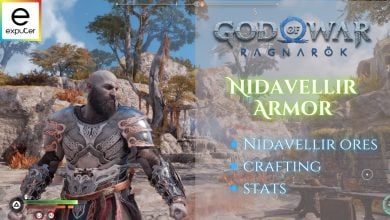 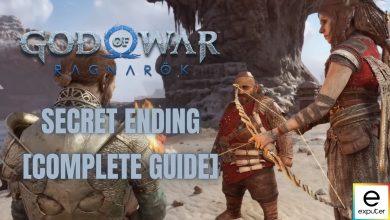 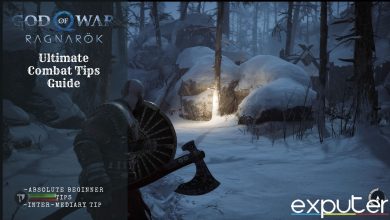