Pool 2 characters in Marvel Snap are much stronger and unique compared to Pool 1 characters. When utilized properly, these character cards can single-handedly win you the game. However, since these characters are so unique, it can be tough to decide the best ones and how to use each one. So, let’s jump right in and look at the current meta of Marvel Snap‘s Pool 2!

For a character to be good, we need to look at 4 traits:

If a character has a high Power, low Cost, strong Ability, and takes up fewer slots, then that character is considered good. After considering all these traits, these are the best Pool 2 characters that define the meta:

If you have a deck that focuses on destroying cards, then Bucky Barnes is the best choice for a 2-Cost card. When Bucky is destroyed, he’s replaced by the Winter Soldier, a +6 Power card, essentially making Bucky the strong 2-Cost card in Marvel Snap! This also makes him the top pick for locations like MurderWorld where cards are guaranteed to be destroyed.

Bucky should be played alongside characters like Carnage, who destroy cards. Once you play Bucky, you should place a Carnage-like character next to him so that he gets destroyed and the Winter Soldier takes his place.

Hobgoblin has the lowest Power out of any Marvel Snap character. So why is he on here? When you play this card, it automatically goes on to the opponent’s side of the same location. So this character gives -8 Power to your opponent and takes up one slot of their location as well! This also traps your opponent since they have lesser space to make up for lost Power. Consequently, this makes Hobgoblin one of the best trick cards in the game who can easily catch your opponent off-guard.

The only weakness of this card is that his ability cannot be utilized in locations where your enemy already has 4 cards. This is because there won’t be any space left for Hobgoblin in that case. Therefore, the optimal way to play him is on locations where you have a slight lead and your enemy has less than 3 cards at that location.

Okoye is a low-cost character in Pool 2 that grants +1 to every card in your hand. Despite having an average Power-to-Cost ratio, Okoye makes up for it with her strong ability. If you have a deck with many characters, then giving each character +1 Power will mean that your overall Power in each location will be more balanced.

For better efficiency and usefulness, Okoye should be played at a time before Turn 6 when you have the most cards. If you have more than 3 or 4 cards in your hand, then you can play Okoye and get the most out of her ability. The more cards you have in your hand, the better Okoye can be used.

Scorpion is another powerful low-cost character that gives all the cards in the opponent’s hand -1 Power. This works similarly to Okoye’s ability, but it’s the opposite. Instead of your Power being distributed more evenly, your opponent’s Power in every location will be cut down evenly, preventing your opponent from blatantly dominating a single location.

This card should be played when your opponent has a large number of cards in their hand so that they get afflicted with massive damage since more cards mean more afflictions. It’s better to play Scorpion in the mid-game since that’s when your opponent is likely thinking of strategies, and using Scorpion will fumble those strategies by lowering Power.

Furthermore, this also makes Shang-Chi an unpredictable character, completely blind-siding your opponent and taking back control of your area, hence making Shang-Chi one of the best three Cost cards in Marvel Snap.

The Infinaut has the single highest base Power in all of Marvel Snap. He has so much base Power that he can win an entire location on his own in some situations! However, there’s a major drawback to his utility which is that you cannot play him if you have played a character in the previous round, which is usually Round 5. Therefore, we’ll need to strategize in a way so that no characters are to be played in Round 5.

In an ideal situation, The Infinaut should be played whenever he can. Sometimes, certain locations can often grant you more Energy or lower Cost in advance, so you should save it for Infinaut’s usage in the next round and not play any cards in the current one. In addition, Infinaut should be placed at a location where the opponent has less than 11 Power on the opposing side. That way, The Infinaut will nearly guarantee your win at that location.

Now that we’ve covered the meta-defining cards in Marvel Snap’s Pool 2, we can now move on to the optimal decks for those cards. It’s important to remember that the best decks always have strong characters and good synergy. Good synergy leads to better effectiveness of individual abilities, resulting in stronger win chances. These decks will mostly focus on the top characters in Pool 2 since they have a better chance of creating dynamic decks.

This deck mainly aims at destroying your cards and revamping them for better chances to win. Destroying cards like Carnage and cards that benefit from being destroyed, like Wolverine, often make the best card combo in the game. To start in Round 1, we’ll place Nova on the left location. He’s a good starting character that’ll be even better if we destroy him.

Nightcrawler can be a good substitute for Nova in case he’s not available. In Round 2,  we’ll place Wolverine or Buck Barnes alongside our Round 1 card. If either 2-Cost card isn’t available, we can put Carnage with Nova and let Nova be destroyed for Carnage to get +2 Power and the rest of the team to get +1 Power each.

Now in Round 3, we’ll either use Deathlok or Carnage to get rid of Wolverine and/or Nova. Sabretooth can also be used instead of the latter and former. After that, we can safely place Jessica Jones in Round 4 in a location where we’re slightly behind the opponent.

As the name suggests, this deck is going to set up The Infimaut in the best possible way. Therefore, we need to ensure that we don’t lose too much control if no cards are played in Round 5. It’s important to remember that we have to play all of our cards in only 2 locations since one location is reserved for Infimaut.

Starting in Round 1, we’ll place Nova at the leftmost location, followed up by either Carnage or Wolverine in Round 2 at the same location. If you have a healthy amount of cards in your hand, you could also use Okoye.

If you’ve used Carnage in Round 2, then you can use Nightcrawler and/or any other 2-Cost card at one of the other 2 locations. Otherwise, the best option would be to use Deathlok or Carnage to increase your overall Power in your deck via Nova and/or by the fact that Wolverine gets placed somewhere else.

Once you’re in Round 4, the best option would be to use Jessica Jones in your highest-Power location so that you can at least gain control of one location. White Queen is the second-best choice for Round 4. Try to ensure that most of your Power thus far goes to one location only. Now, we know that no cards are to be played in Round 5, and we can finally place The Infinaut at our unused location in Round 6.

This deck primarily goes into constantly draining the enemy’s individual and overall Power. Additionally, we’ll also be using characters that gain more Power over time or add Power to our other characters.

In the starting round, we won’t place any cards. Now in Round 2, we have a few options. We can either use Okoye to give our cards +1 Power or use Scorpion to give the opponent’s cards -1 Power. We’ll need to view both hands to determine which one to use. If you have more cards than your opponent, use Okoye. However, if your opponent has more cards than you, use Scorpion.

Next, play The Punisher in Round 3 in an isolated location. If you don’t have The Punisher yet, you could play Nightcrawler along with a 2-Cost card for better Power distribution. Then, use Jessica Jones at a winning location in Round 4 to secure that location. Alternatively, you could also use Ironheart and Ant-Man alongside your Round 2 card.

Round 5 is where you need to place Hobgoblin at a location where you’re winning and the opponent has less than 3 cards on their side. However, if you don’t have Hobgoblin, then White Tiger can be a good substitute. Make sure you place White Tiger next to your Round 2 characters.

Finally, you can play Odin next to White Tiger and the others in the final round. This is because now all of your On-Reveal cards will be replayed, giving you much more overall Power. Hulk can also be a great alternative to Odin in case you don’t have him in your hand.

Therefore, it becomes more challenging to unlock boosters, credits, and character cards from that point. Another point to know is that once you reach Pool 2, you’ll be competing against other players in Pool 2 as well. This means you’re gonna face players with stronger and more complex decks, many of which will include Pool 2 characters.

Marvel Snap has so many choices and character cards that you can create hundreds of combinations to create your preferred playstyle. Similarly, you can also craft numerous Pool 2 decks until you create a deck that suits you the most! And if you don’t know which type of deck, you can always stick to these meta characters and decks.

If you’re curious about finding the top cards for each pool, consider reading our guide on Marvel Snap’s best characters from Pools 1, 2, and 3. Additionally, if you’re looking for character-specific info and decks, here’s a read on our guide on the best devil dinosaurs deck. You can also check out our guides on the best themed-decks as well, such as the Best Mutant Decks and the Best Avengers Deck. 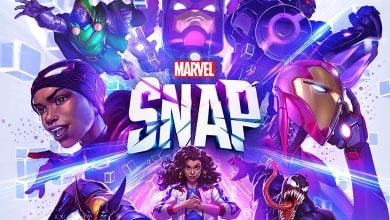