Lost Ark received many changes with the Towers Update, which added a lot of new items and gear to the endgame. The endgame now also features ‘Towers’, which is the game’s way of tying rare items and rewards to challenges. Towers have multiple stories, with each story having its own challenges and rewards. One such Tower in the game is the Tower of Thanks, so we present all there is to know about the Tower of Thanks in Lost Ark.

Tower of Thanks in Lost Ark

As we explained above, Towers are endgame locations introduced as an alternative to farming for higher, rare items and gears. Endgame items are ridiculously expensive, and your best bet is to win them as rewards from various enemies and quests. Tower of Thanks is in Rothun vista of the continent of Rohendel. You can also read our Lost Ark Rohendel Adventure Tome Guide.

For the sake of brevity, we’ll only list the starting point of these prerequisite quests and their rewards. If you want a more detailed guide regarding these quests, let us know in the comments below, and we’ll see to it.

Unlock Tower of Thanks

Ratik quest is part of the main story quests you get when you first arrive in Rothun. This quest comes at the tail-end of the first part of quests and requires you to travel and talk to multiple NPCs. You’ll also be building up your Rapport with Azena, so be sure to read our Rapport Building in Lost Ark guide.

This is an extremely easy quest to complete. After completing this quest, all cities of Rohendel will be unlocked for you, along with the Chaos Dungeons and Guardian Raids of the area. Completing Ratik quest rewards you as follows.

2. A Strange and Magical Book

This quest is in Lake Shiverware.

Once you collect the book from here, deliver it to Zenedar, the Book Collector, who’s located near the Northern Triport in Lake Shiverware. You can either travel there on foot or play the Song of Triport to fast travel there. Another useful song is Song of Resonance in Lost Ark.

Once you deliver the book to him, the quest A Strange and Magical Book will be completed, and you’ll receive the following rewards.

This quest is in Elzowin’s Shade.

Head down from the road (pictured above), and you’ll find another book near a tree. Read about the Best Lost Ark DPS Classes.

After you read the first page of the book, it’ll tell you to read it later when standing on warped grounds. To do so, you’ll need to travel to the Forgotten Beach Triport in Elzowin’s Shade.

Once there, jump over a series of rocks until you come upon a glowing orange circle on the ground. Stand inside it and read The Book of Time again to complete the quest and be rewarded as follows.

To start this quest, travel to Breezesome Brae. We recommend going to the Northern Triport. Once there, you’ll need to collect Soft Construct Fragment, which will be dropped by the huge elementals roaming around.

Once you have the Fragment in your inventory, right-click it and accept the quest. Press F5 to look into the Fragment, after which you’ll need to travel to the central Triport to talk to a Fairy.

She’ll instruct you to collect Phantasmal Herb Power and bring it to Mage Mafeer. Travel to the location pictured below to collect the Powder.

A thing to note here is that the next quest for unlocking the Tower of Thanks in Lost Ark is also going to be in this location. Revive the plants (marked on your map as ‘1’) to collect the Powder, then make your way to Mage Mafeer, who’s located near the Southern Triport in Breezesome Brae.

Give the Powder to him and show him the Fragment to complete this quest. You’ll receive the following rewards after completing The Magick Grimoire quest.

5. The Grimoire in the Fire

Whilst completing The Magick Grimoire quest, you’ll pass through a small burning area with a book in the middle. This is the start of this quest.

Kill all the enemies nearby and read the book. Once done, you’ll need to give this book to Mage Mafeer to complete The Grimoire in the Fire quest and be rewarded as follows. You can also have pets in Lost Ark, learn all about Vertus Pets in Lost Ark.

6. The Book of Harmony

Be sure to see your completed quests menu to see if you have completed the quests listed below.

Read about How To Increase All Virtues in Lost Ark Faster.

If this is your first time visiting Xeneela Ruins, these will be marked on your world map with an exclamation point.

Tower of Thanks Quest

After completing all of the quests listed above, you’ll be able to initiate the Tower of Thanks quest, which will allow you to use Elzowin’s Blessed Letter.

After interacting with Aberuth, the quest will be marked as complete, and you’ll be able to start the next story quest, Return Trip.

And this brings us to the end of this lengthy guide on how to unlock Tower of Thanks in Lost Ark. You can also read how to assemble the best crew in Lost Ark.

Lost Ark, a South-Korean MMORPG, has exploded onto the scene, becoming the second most played game on Steam within 24 hours of its global launch.

The game features a 2.5D, top view game camera, but what it lacks in graphical fidelity, it makes up in its intuitive, craft-based mechanics. Lost Ark features a vast map comprised of 7 varied continents, separated by sea and numerous islands in-between. 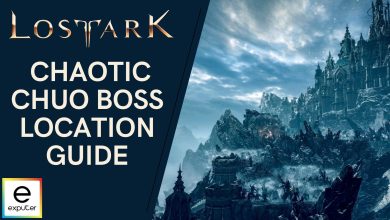