Skykiller is a spike thrower legendary weapon, and is one of the rare weapons and only can be acquired by completing the side quest named The Way Home. But we have to do two a few things to unlock and complete this side quest.

Completing “The Way Home” To Get Skykiller

As I said above “ The Way Home” is a side quest in which Aloy brings back a gyrocompass to Kristia and Harriem. In return, they both give Aloy Skykiller a legendary weapon. The gyrocompass is located in one of their wreckage ships. They need gyrocompass as a guide to return home.

Fly To The Shipwreck To Find Gyrocompass

After ensuring Kristia and Hareem that she will bring gyrocompass for them. Aloy has to leave their ship open the map and set a mark on a shipwreck. Then blow a whistle to have a flying mount to her way. When a flying mount comes to her. She has to jumps on it and fly to the shipwreck.

After reaching the marked location player will have to face a ruthless attack of the enemy but it is optional to kill them while it is necessary to search the scrap piles for gyrocompass after getting the compass she has to fly back towards Kristia and Hareem.

Fly To Ancient Ship Wreck And Find The Batteries

For that Aloy has to examine the ship’s antenna which will lead her under the water there in the sea bushes she can collect batteries. There are three batteries at different spots under the water.

Finding Sensors And Return To Kristia And Harrien

Aloy also has to find sensors along with the batteries for that she then has to move towards the Coordinates of transmission. She has to mark on the map on a place named campfire and fly there. She will reach a place that looks like a beautiful island but not a friendly one because she will come face to face and kill the dreading and collect the sensors.

Then return to Kristia and Harriem give them everything she collected during this side quest and in return, they will give her the Skykiller a legendary weapon.

Like Regalla’s Wrath, Skykiller is another legendary weapon in Horizon Forbidden West that proves its prowess while fighting against humans and machines. Especially against a large one due to its ability to use explosives in it. This weapon is superior among its kind. It is better than all other spike thrower weapons in the game. The ammo cost of this weapon is also high so it is better if it is used against heavy build enemies. Its Aerial enemy damage is higher than burning enemy damage. The damage improves as the level goes up as well as draw and reload speed.

Skykiller is spike throwing legendary weapon. The player needs to make an effort to get this. We have to complete a side quest named The Way Home after we complete the side quest we will get 10400 XP and two skills along with Skykiller. Skykiller applies fire on enemies when we attack them by using it. There is one negative aspect of this weapon that when we use it with explosives it destroys not only the enemy but every useful loot item that we might get by after taking down the machine and scavenging its parts. Still, this is one of the most special weapons of the game. 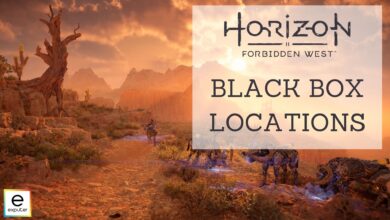