V Rising is the latest Survival game developed and published by Stunlock Studios. The game ended up gaining a large amount of attention from gamers everywhere in its early access release. It has now gathered a huge community of fans on Steam. We will talk about Athenaeum in V Rising in this guide. V Rising is not only a massively multiplayer game but also an adventure role-playing game. Since the game heavily depends on PVP, you should check out our guide on Best PVP Weapons in V Rising.

V Rising offers a large number of Items to players including some of the best Weapons, Armor, Jewelry, and Cloaks. Players can find the Best Armor and different Types of Cloaks in V Rising as well to shield the vampire from the sun, garlic, and silver. Developers have included some really cool bosses in this game including Terah The Geomancer and Vincent The Frostbringer in V Rising.

Before you proceed further, try checking out our guides on Best Servants and Best Base Locations in V Rising. Information related to every single thing in V Rising is given in our V Rising Wiki guide. Now let us talk about Athenaeum in V Rising.

What is Athenaeum in V Rising

Every type of desk in V Rising requires some form of currency in order to trade or operate. Athenaeum is not exempted from this rule either. You will need schematics to buy recipes from Athenaeum. Some of the end-game recipes can cost as much as 100 schematics. Worry not as farming schematics in V Rising is a simple task.

How To Farm Schematics

Following are the methods of obtaining schematics in V Rising;

How To Unlock Athenaeum in V Rising

Players will need to beat an in-game boss to unlock the Athenaeum blueprint and some items to build it. The boss in question is Raziel the Shepherd who is a level 60 boss and quite tough. Raziel is located in the Dunley Monastery of the Dunley Farmlands. This boss can deal a large amount of Holy damage. Craft Holy Resistance Potion before fighting him in order to tank his attacks.

Boss room of Raziel can become a bit of a problem as it contains many obstacles and fodder enemies. Players are advised to defeat these enemies and destroy the obstacles before fighting Raziel. Otherwise, it will become hectic to dodge many of Raziel’s AOE attacks.

Use as many long-range abilities to deal damage because close-up combat almost always results in death. Use Power Surge to counter his Hp draining move. After you’ve defeated Raziel he will drop blueprints for Athenaeum in V Rising.

Athenaeum isn’t a direct reward for defeating Raziel instead you get blueprints from it. The following items are required to construct Athenaeum from its blueprints;

We have a detailed guide on farming and crafting of Scourgestones that you should check out. Scrolls are easily obtainable in the over-world or can also be crafted. Planks are also easy to come by in V Risingbut you can still get more of them from Saw Mill.

Now that you have acquired all crafting materials, build your Athenaeum. Get ready to obtain some of the best crafting recipes available in V Rising from this research bench.

Once again schematics play an important role in your research using Athenaeum. High-level or end-game recipes will cost more schematics. So make sure to keep a good supply of schematics by both crafting and farming. Schematics crafting can only be accessed by defeating a level 72 boss known as Matka the Curse Weaver.

Getting all this grinding out of our way, let us talk about crafting using Athenaeum. This Research Station offers a massive catalog of overpowered recipes. Structures, Armors, Weapons, Consumables you name it, Athenaeum has got recipes for everything in V Rising.

It will take less time to craft stuff whenever you do it inside Jeweler Chamber Room. This room will give you the bonus of crafting at faster speeds. The jeweler chamber also gives bonus buffs to the Gem Cutting table and Jewel Crafting Table. Chamber flooring is required to completely build Jeweler Room.

Armour is an important part of gameplay in V Rising. Not only does it increase your defense but it also boosts your stats and gives you buffs. Armor is categorized into 8 gear levels, the higher the better. Athenaeum provides us with the best and most powerful armor recipe. Following Armor recipes are unlocked by obtaining Athenaeum;

V Rising contains a variety of weapon types. It includes swords, axes, maces, spears, crossbows, reapers, and slashers. Every weapon type has a different buff attached to it. Swords and Slashers boost physical damage to vegetation by 25%.

Athenaeum once again provides us with the recipes for the best weapons in each type of class. Following weapon recipes are unlocked from Athenaeum in V Rising;

The following items are needed to craft any one type of Sanguine Weapon;

Athenaeum provides us with the best magic items that boost both our magic stats and the power of our spells. Recipes for the following magical items are obtained from Athenaeum;

Nightstone of the Beast boosts our magic level and damage of spells. Jewel of the Wicked Prophet is one of the best jewelry items in V Rising. It increases movement speed by 5%, weapon attack speed by 10%, and spell power by 27.9%. The following items are needed to craft the magical items mentioned above;

Consumables are items in V Rising that either recover your health, boost your damage, or just give a general buff upon use. Following consumable recipes are accessed through Athenaeum;

Both of these potions can be crafted at the alchemy table once you’ve obtained their recipes from Athenaeum. Fierce Stinger Fish is needed to craft Potion of Rage and Swamp Dweller Fish is required to craft Witch Potion.

V Rising is available to download on PC via Steam. It is one of the fastest-growing online survival experiences that every PC player should try at least once. V Rising gameplay heavily depends on farming and crafting. Our farming guides include Quartz Farming, Leather crafting, and High Lotus in V Rising.

V Rising gets regular updates too and new content is always being added. This concludes our guide on Athenaeum in V Rising. We hope it helped you to take advantage of Athenaeum and you were able to craft the strongest items in V Rising. 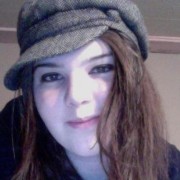 V Rising Tannery: How To Get & Craft Leather 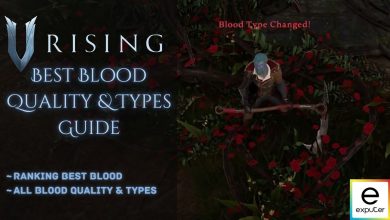 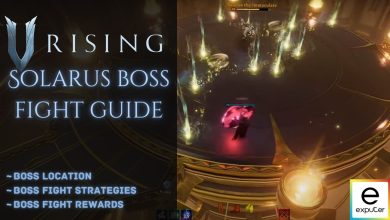 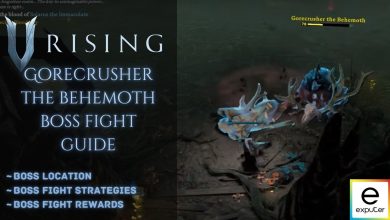