Note: It’s worth knowing that the Ashen Remains are different gameplay elements than the Ashes of War. Also, you can upgrade or Spirit tune the Ashen Remains to increase their efficiency by visiting the Maiden near Blacksmith.

There are many Ashen Spirits to summon from Ashen Remains in Elden Ring. But all of them are different and are useful in different situations. There are legendary Ashen Spirits that are hard to get and are more powerful than the others. But that does not make them better than the rest. Since as mentioned, all spirits have different situation uses. That is why we have decided to list the top 10 best Ashen Remains with locations in Elden Ring so that you can use them to the best.

The Lone Wolves in Elden Ring make up for a great Ashes Spirit in various different situations. They can help you divide the heat of the battle from you, which is great. Especially when considering you are new and don’t have a handle on the game yet.

The Lone Wolves help you take on multiple enemies at once when you are not able to handle attacks from all directions. They can also help you with bosses that do damage to a singular character. But if vice versa and a boss can attack hordes of enemies, then they are useless. Overall they are a great Ashes Spirit to summon from the Ashen Remains in Elden Ring, especially at the beginning of the game.

How To Get The Lone Wolves Ashen Remains

The Lone Wolves are given to you by the same woman, Melina, who gave you the Torrent horse to ride on. All you need to do is return here during the nighttime (during the third meeting), and she will grant you the Lone Wolves to summon from Ashen Remain in the Elden Ring.

The Spirit Jellyfish is another great beginner Ashes Spirit in Elden Ring. In some of the aspects, it is better than the Lone Wolves, but in others, it lacks: overall, it is an overpowering summon to have at your disposal. There are two best ways that the Spirit Jellyfish helps you with.

The first is its ranged attack, which applies a bleeding effect on the enemy. This is an extremely useful advantage in the battle, specifically against bosses with a large health pool. The second is Spirit Jellyfish’s health; it is almost like a tank. This simply adds up to the bleeding attacks since the more the health, the more it can last and attack.

How To Get Spirit Jellyfish Ashen Remains

To get to summon the Spirit Jellyfish from the Ashen Remains in Elden Ring, you will need to head to the Stormhill Shackle. It is the place just before the Stromhim Castle. Once you reach there, look for Roderica inside the house. After you talk to her, she will give you the Spirit Jellyfish.

One of them is a knight, leading the other two with him, and so you can expect moderate damage from them. With their health, the soldiers are a great distraction for the boss or higher-level enemy. But when it comes to dealing good damage to a boss or higher level enemy, they lack.

You Might Find This Interesting: Elden Ring Best Ranged Weapons

How To Get Raya Lucaria Soldiers Ashen Remains

Glintstone Sorcerer is a great Ranged Ashes Spirit to summon from the Ashen Remains in Elden Ring. He can deal bursts of damage to the enemies in ways that are unimaginable. The Spirit Jellyfish can apply the bleed effect, but the Glintstone Sorcerer can not. He makes up for that with his health, and he is way more durable than the Spirit Jellyfish.

The preferable way to use the Glintstone Sorcerer is during the boss battles, where he can focus all his burst attacks on a single enemy. Although he is great with a single big enemy, he can also be a great help with multiple enemies. All in all, the Glintstone Sorcerer is a great ranged Ashes Spirit to summon in all kinds of different situations at the beginning of the game.

How To Get Glintstone Sorcerer Ashen Remains

To get the Glintstone Sorcerer, you will need to go back to the start of the Catacomb, where you got the Raya Lucaria Soldiers. From there in the hall where you have two stairs leading to the top. Here you will need to break the left illusionary wall in the middle of the stairs. After that, there will be more illusionary walls, you need to break through them, and it will lead you to a boss fight. After you defeat the boss, it will reward you with the Glintstone Sorcerer.

Then secondly, the Stormhawk can use different buffs on you to grant you an advantage in the game. Not only that, but it can also buff itself. Lastly, unlike most of the Advanced Ashen Spirit, the Stormhawk costs you only 52 FP, it might be a lot, but compared to other spirits, it is nothing, especially when considering the advantages.

How To Get Stormhawk Deenh Ashen Remains

Another great advantage that Banished Knight Olad grants you is the damage; he can do pretty decent damage to all types of enemies. Using him against boss-level enemies is heavily recommended since the cost of summoning him is a lot. So summoning him should be done strategically and only when it is necessary.

How To Get Banished Knight Olad Ashen Remains

Lhutel the Headless is another great advanced spirit summon, and she goes on par with the Banished Knight Olad. Her looks are what you would want from a souls game; she is headless and is very scary. Other than her looks, she has some exceptional abilities to make up for a great Ashen Spirit in Elden Ring.

Lhutel uses a shield and spear, which has long-range and great damage. She has the ability to vanish, which helps her to reposition or attack from a different direction. All in all, Lhutel is a great Ashen Spirit to have since she throws the spear, has a great range, and then also vanishes to dodge, making her very agile.

How To Get Lhutel the Headless Ashen Remains

Another cool thing about Mimic Tear is that he costs you HP to summon instead of FP. This can either be a huge advantage if you have the items to restore your health. But at the same time, with the caster class, your health recovery is limited, so it is a double-edged sword. Still, the fact remains that he is your double and can do everything you can, so he is the best.

How To Get The Mimic Tear Ashen Remains

Getting the Mimic Tear Ashen Remains is a lot tougher than most of the other Ashen Remains. The reason for that is you need to defeat Mimic Tear in a boss battle. You can do this boss battle in the underground region of Limgrave. You will need to come from the Starscourage Radhn Site of Grace in Caelid.

The Black Knight Tiche is the most agile Ashen Spirit to summon from the Ashen Remains. She has many solid abilities to deal crazy amounts of damage to the enemies. You can expect her to run around and dodge most of the enemy attacks. But when it comes to one on one in boss fights, Tiche is not recommended since she is not a tank-type spirit.

She has black flame attacks, which deal damage over time and great initial damage. All in all, when it comes to dealing damage, Tiche is the best Ashen Spirit to go with. Plus, her dodging skills are somewhat better than Lhutel even though she can vanish.

How To Get Black Knight Tiche Ashen Remains

You can get the Black Knight Tiche’s Ashen Remains at the top of the Moonlight Altar Site of Grace in Elden Ring. To get there, you will need to go through a lot of trouble and complete the whole Rannie questline. The Rannie questline is extremely lengthy and will take a lot of your time, but in the end, you will have a boss fight, which will then reward you with the Black Knight Tiche.

Lastly, we have the Redmane Knight Ogha, who happens to be the best ranged Ashen Spirit to summon from the Ashen Remains in Elden Ring. He is great when it comes to sniping enemies from afar and can deal a good amount of damage. Ogha can easily handle multiple enemies at once, and not only that but also deal deadly damage to them. If your build is to go and fight enemies head-on to deal damage, then Ogha is an awesome backup Spirit to have to back you up.

Or if you’re a Tank built, then again, Ogha provides you backup with heavy damage. Although Ogha is a ranged spirit, he uses a sword and shield for close-range combat. But when it comes to that, Ogha is not so great as he lacks heavily in the department of dodging enemies or dealing good damage in close range. In the end, he is a ranged spirit, and that is what he is good at.

How To Get Redmane Knight Ogha Ashen Remains

Getting the Redmane Knight Ogha is fairly easy. First, you will need to head to the Starscourage Radhn Site of Grace and fight with Radahn. From there, make your easy way up to the War-Dead Catacombs Site of Grace, where you will fight the boss. You will get the Redmane Knight Ogha Ashen Remains in Elden Ring as a reward for winning that boss battle.

These are the best Ashen Remains in the entity of Elden Ring. You can go with any of these and experiment with different situations to have the one you need. The list is not in a particular order, and no Ashen Spirit is better than the other. Everyone has different builds so the different Ashen Spirits will have different effects on their game. But if you believe we have missed your favorite in our list, you can let us know about it by commenting below. While you’re at it, why not read our Elden Ring starting classes guide if you want to replay Elden Ring with a much better class this time. 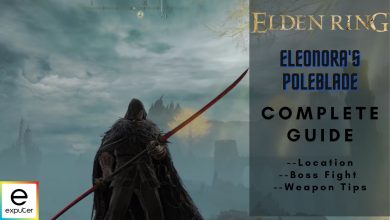 How To Get To Rold Route Elden Ring