There are not many trolls that you can fight in God Of War Ragnarok as compared to its predecessor. However, there are certain locations where you come across troll statues. These Troll Statues are dormant and will not attack you until after you’ve obtained a special relic in the game. And that relic can only be obtained after getting the Draupnir Spear in GOW Ragnarok.

Fighting The Trolls In God Of War Ragnarok

The relic that we need to get is the Mystical Heirloom, and its only purpose is to awaken the trolls so that we can fight them. However, you need to have unlocked the Draupnir Spear in order to get this relic in the game. After obtaining the Draupnir Spear, go to the location shown in the image above, which is in Midgard. The location is actually near the lost treasury.

You will find the yellow marker for the Draupnir Spear at the location. Throw the spear on that marker and make it detonate so that the ice breaks down. The path is now unblocked, and you can go to the other side.

The Mystical Heirloom will be on the other side next to a dead dwarf. Pick that up and you should now be able to fight the trolls using that relic.

As you can see from the image above, even the in-game description tells us that the Mystical Heirloom can only be used to awaken dormant Troll Statues, and there is no other use for the relic in the game. Now it is time to find all of the Troll statues and fight the Trolls to get the rewards.

Location Of All Troll Statues

There are four total Troll Statues that you can find in three different realms of God Of War Ragnarok. The three realms include Midgard, Alfheim, and Vanaheim. One of the troll fights requires you to fight against two different trolls at the same time, whereas the other two fights match you against solo trolls.

The first troll that we are going to fight is Blodugr Steinn, and he is actually located in Midgard. He is located in the Derelict Outpost region of Midgard, and you can easily travel to this location using the Gateway if you’ve visited the location before.

Once you enter the Derelict Outpost, you should see the dormant troll statue right at the entrance. Go near the statue and use your Mystical Heirloom Relic to awaken it. However, only use the relic if you are prepared for battle.

The Troll boss fight begins after you use the heirloom. Blodugr Steinn is pretty easy to deal with additionally. Just don’t get hit when he throws stones at you or you’ll get blinded for some time which only makes the fight difficult. The best way of beating him quickly is to use your Runic Attacks to stun him faster.

Once you beat the troll, you will get an Amulet Enchantment for your Yggdrasil Amulet in the game. It is a very useful enchantment as it protects you from poison status buildup additionally. Lastly, the troll also drops the special crafting material known as the Slumber Stones that we will use to craft a special armor set later.

The second troll that we will be fighting is the one located in Alfheim, and it is another solo troll fight additionally. It is Bjarg Stormr that you will take on, and his statue is located in The Forbidden Sands region of Alfheim, as you can see in the image above. You need to have completed the Song of the Sands Favor in order to unlock The Forbidden Sands region of Alfheim.

The second troll statue is located out in the open in God Of War Ragnarok, and you should see it once you arrive at the location shown on the map. Go near the troll and use the Mystical Heirloom relic in order to start the battle with the troll.

Bjarg Stormr is also pretty easy to deal with. Just watch out for the attack where he slams his pillar into the ground as that spawns rocks at random locations that can hit you. Use the same strategy as you did with the first troll and stun him as quickly as possible in order to deal the most damage.

In addition to the Slumber Stone crafting material, you get another amulet enchantment for your Yggdrasil Amulet that grants Kratos the effect of Soulsteal. Soulsteal basically allows Kratos to gain health and range by striking enemies for a small duration after he uses a healthstone or a ragestone.

The final troll fight is actually a duo boss fight where you fight two trolls at the same time. It is the only difficult troll fight in God Of War Ragnarok additionally, and its location is in Vanaheim. The duo troll boss fight is located in the Noatin’s Garden region of Vanaheim.

The trolls are standing like guards at the location, as shown in the image above. Make sure to kill any fodder enemies around you before starting the troll boss fight using the Mystical Heirloom.

It is an interesting duo troll boss fight as one of the trolls is weak to fire while the other is weak to ice. You will have to switch between your Leviathan Axe and Blades of Chaos continuously throughout the fight. Focus on a single troll additionally. Quickly kill either Golrab of the Ashes or Frost to make the fight fairer.

All of the trolls that you beat drop the Slumber Stone, which is a rare crafting material used to craft the Steinbjorn Armor Set. You should have four slumber stones by now, as each troll drops a single Slumber Stone. Additionally, you only need 4 Slumber Stones to make the whole set.

You need 2 Slumber Stones in order to craft the Steinbjorn Plackart, which is the chest armor in the set. It is one of the best chest armors in the game, as it automatically heals some health for Kratos after he has taken a specific amount of damage during battle.

Steinbjorn Gauntlets can be crafted using 1 Slumber Stone in God Of War Ragnarok. These gauntlets have a chance to inflict stun damage on nearby enemies when Kratos takes damage.

God Of War Ragnarok offers an amazing narrative and action gameplay experience. The game additionally has some of the best soundtracks that you’ll ever listen to in a video game. There are so many Norse Realms to explore in the game, and the amount of content is just amazing. It is definitely one of the best Playstation Exclusive games that you can currently play.

This concludes our guide on the location of all the Troll Statues in God Of War Ragnarok. We not only entailed the location of the statues but also mentioned the method of fighting these trolls in the game. The rewards that you get after beating these trolls have also been entailed. And the armor set that you can craft after beating these trolls has also been explained. We hope that the guide was helpful in finding and fighting all of the trolls in the game. Let us know what you think about God Of War Ragnarok in the comments below! 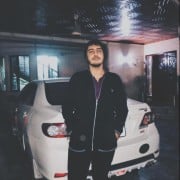