Lost Ark is a new top-down MMO RPG that was only recently released worldwide. It is filled to the brim with content that will keep the players playing for a long time. Lost Ark’s Opportunity Isle is one of the many adventure islands that are present in the game. Snowpang Island and Asura Island are others that are very similar to Opportunity Isle.

You can visit Opportunity Isle when it is available to try your luck at getting some remunerative rewards and the island’s token. Alternatively, you can visit the Lost Ark Lush Reed Island, which is another beginner-friendly adventure island.

What are Adventure Islands in Lost Ark?

Adventure Islands are time-limited islands that randomly spawn in the ocean. These are a massive part of Lost Ark’s end-game appeal. The best way to check if an island is available is to keep an eye on your Procyon’s compass.

Or you can set an in-game reminder to let you know whenever the Lush Reed Island is available. Do whichever option satisfies your fancy.

There are currently over one hundred adventure islands in Lost Ark. Not sure which one to visit first? Don’t worry; we got your back. For which one of these to visit first according to your level, check out our Lost Ark Island Guide.

Opportunity Isle has a pretty tame and relaxing cooperative quest, unlike most other islands, making this one of the easier and more beginner-friendly adventure islands.

Where is Opportunity Isle Located

If it has spawned, you can find Opportunity Isle just northwest of the Arthetine region. If it is available, you can directly sail to the island via a ship. Also, keep in mind that the recommended player level for this island is 50 and the item level is level 250.

There are multiple ways to level up faster in Lost Ark. You can increase your Rapport with NPCs. Additionally, you can check out our Lost Ark Leveling Guide; it will greatly assist you in leveling up faster.

Like for every time-limited island, keep an eye on your Procyon’s compass to know whenever Opportunity Isle is available. If you are still having trouble, take a look at the picture above; it might help pinpoint the exact location of Opportunity Isle on the map. 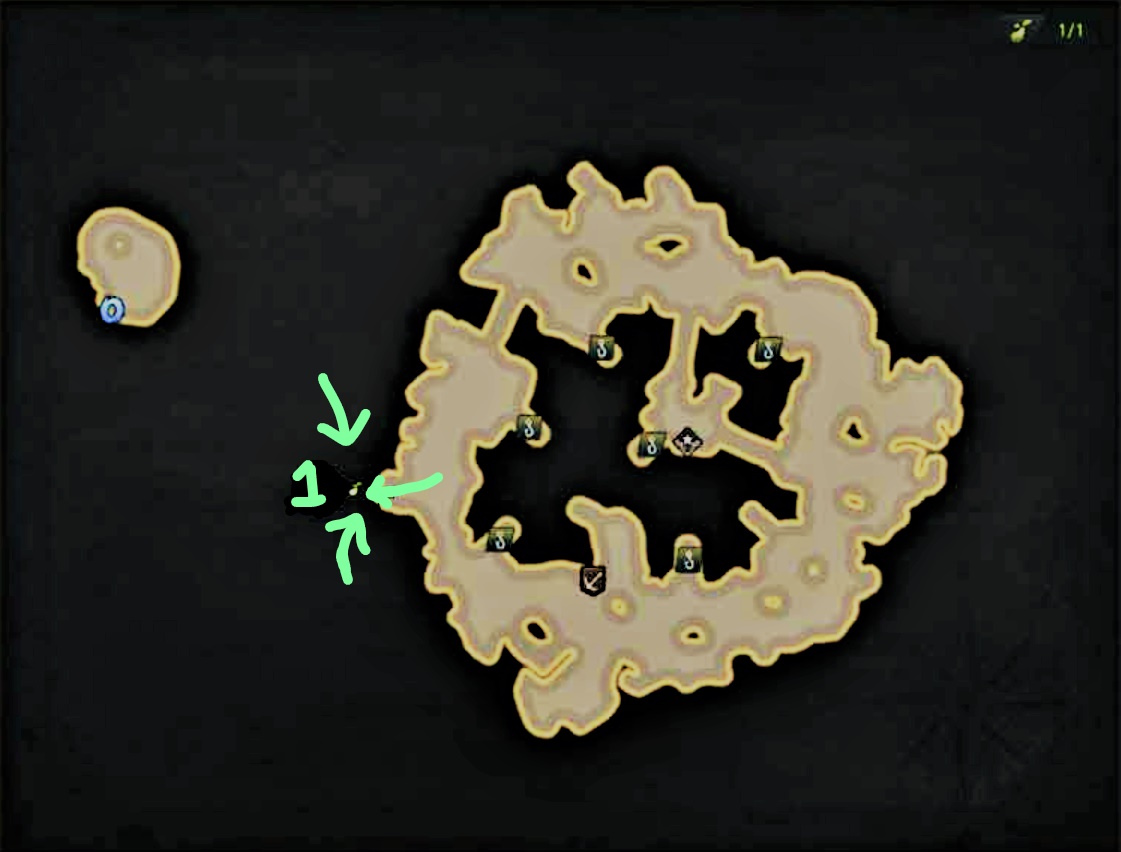 I have some sad news for Mokoko Seeds hunters. Opportunity Island only contains one Mokoko seed. The good news is it is fairly easy to find but also easy to miss if you are not paying attention; that’s why we are here to pinpoint its location to you.

The single mokoko seed is located at the western corner of the map. If you need further assistance, take a look at the image we have provided.

As mentioned earlier, the quest for Opportunity Isle is a relaxing cooperative one. Once you have arrived on Opportunity Isle, first go to the first NPC that is marked with an “exclamation sign” on your map.

After talking to the NPC, you will get the quest which is called “To The World of Fishing”. You will then receive a fishing membership that is compulsory to partake in the cooperative quest.

Then proceed to talk with the caretaker, who is another NPC. This will start the cooperative quest on Opportunity Isle.

Preparation For The Fishing Contest

The main goal of the cooperative quest is to catch 250 Golden Crucian Carp, to which all players contribute. The quest ends when the goal is accomplished. The locations of these Golden Crucian Carp are marked on the mini-map. Try your best to catch as many fish as possible.

Get Your Best Fishing Pole Ready

The best fishing pole that you can get is the one with the High Fishing Casting Level(The Max level is 10) because it makes the fishes appear faster per cast.

Suppose your current fishing tool breaks while you are out fishing or practicing. You can get a new one from the merchant in Opportunity Isle for 1,500 Silver.

When you level up your Fishing Trade Skill, it also improves your Master of Fishing passive skill that speeds up your float fishing.

When the quest concludes, the players are ranked and rewarded based on the number of fish they caught.

If you are worried that you won’t be able to perform well, there’s no need for concern as you will still receive the participation reward, which is One Angler’s Pouch and 600 Silver, regardless of not performing well enough.

Alternatively, if you are looking to farm the game’s other main currency, gold, you should check out our guide for the Best Lost Ark Gold Farming Methods.

The token is actually a random drop from the angler’s pouches that you can receive by completing the cooperative quest. It all depends on your luck. You can get the token the first time, or you will sadly have to return to the island and repeat the quest as many times as it would take for the random drop.

There are two additional quests that are available for this questline. Like, To The World of Fishing,” these two are also given to the player by the Fisherman.

These two quests are:

Completing the “Adding Fun To The Fishing” quest will give the player Two Rare Class Engraving Recipe Selection Pouches and 10,000 Silver.

Completing the “Reason For The Existence Of This Fishing Spot” quest will reward the player with Four Rare Battle Engraving Recipe Selection Pouches, 1,500 Silver, and +1 Courage.

Lost Ark is a brand new top-down MMORPG that has all the elements of a good and addictive MMO RPG. The game was originally released in the Korean region back in December 2019. It had its worldwide inception earlier this year. The game is fairly new to the world and if you are experiencing performance issues, check out our Best Settings Lost Ark Guide.

Like most MMORPGs, Lost Ark is a very complex game; it is filled with many different builds to suit every player’s playstyle, and making the best possible build to suit your style always has been some of the most integral parts of the game of this genre. There is also a fair amount of dungeon crawling to do in Lost Ark; for more on that, check out our Lost Ark Gate Of Paradise Boss guide.

In Lost Ark, you also have to manage your Virtues alongside your character’s level and power level. There are four virtues in Lost Ark, and charisma is one of them. Check out our Lost Ark Virtues guide if you want to learn how to increase virtues faster.

And that is all you need to know about Lost Ark’s Opportunity Isle. We hope you found our guide useful. We would love to hear your thoughts about the game in the comments section below.