Suppose you have hungered for a weekly dose of high-quality gaming news that incorporates essential leaks and significant tidbits about upcoming titles. In that case, you are in the right alleyway. This 13-minute short youtube video will serve as the weekly filling you need to stay updated with recent happenings in the gaming industry. “This Week In Gaming” is eXputer’s vision to condense weekly gaming news into a short informative, and satisfying youtube video. The eighth episode of This Week In Gaming is officially available on eXputer’s YouTube channel.

The last week was full of indelible moments and thrilling news in the gaming industry. The events ranged from Fire Emblem Warriors: Three Hopes towering in sales over other titles to the raging rumor of Sword Art Online: Alicization possibly releasing on consoles, as a recent listing suggests. Sit back, relax with the device on your lap and jump right in the 13-minute pacifying video with the mellowed-out Lofi playing in the background. Or, if you are an avid reader, then you may enjoy feasting your eyes on this short-written version of the video.

Starting off, Sabotage Studios’ newest endeavors include an anticipated title dubbed Sea of Stars. The game has been pushed to a 2023 release following an announcement on the official Twitter handle. The developers stated, “Keeping in mind our two main priorities – the quality of life for our team and quality of the finished game – we can now confirm that Sea of Stars will be released in 2023.”

The developers further elaborated that their focus is the quality of Sea of Stars and the “quality of life for their team.” Furthermore, the team is exploring options to get a playable slice out this year. It is likely to be a demo or open beta, but the team has not clarified it.

The unofficial API service for the Halo franchise, HaloDotAPI, is officially closing down on July 31 due to the project’s high cost. Keith Horwood, the founder of Autocode, reported the cessation of the player-favorite API in a new post on the website. As per the post, all services of HaloDotAPI will be unavailable from August onwards.

HaloDotAPI is an unofficial stats compiler for the Halo community and delivers various other services. Money is the leading cause of the demise as the project is costly. Moreover, Microsoft has refused to lend a hand to the API team in gathering data. The post further clarifies that policy issues are why the company did not adhere to sharing data with the API.

Ubisoft is disabling servers and DLC access for older titles. Assassin’s Creed 3, Tom Clancy’s Splinter Cell: Blacklist, and Driver: San Francisco, Tom Clancy’s Ghost Recon: Future Soldier, Rayman Legends, to name a few, are being shut down in the advent of September. However, offline features will still be available.

Ubisoft clarified, “With this in mind, the online multiplayer services, in-game news, and player statistics for the games listed below have been shut down. Please note that the offline features of the games are unaffected and remain available to you.”

The tweet roughly translates to “The DioField Chronicle,’ and will be released on September 22, 2022 (Thursday). We will start accepting reservations from 7/7 (Thursday). ※ The DL version’s URL to each PF store will be announced on 7/7 (Thursday).” The tweet also states, “The trial version is scheduled for August 10. Please look forward to this as well.”

In June 2022, Christophe Gans, the director of the 2006 film adaptation, cited in an interview that Konami was working towards relaunching the sensual horror series with new games and a feature film, which he is directing.

Halo Guardians’ earlier iterations of UI concept designs were leaked by the video games insider, Mr_Rebs_. The images shared by the insider revealed alluring concepts that never made it to the game. The leaked images consisted of 3D user interface designs, but they never made the cut. We ended up with 2D UI in Halo Guardians for an unspecified reason.

Recently, Aksys Games announced the anticipated horror visual novel, Spirit Hunter: Death Mark II, a sequel to one of its greatest games, is coming out as Shinigami: Shibito Magire in Japan in September. It will be out for western audiences in 2023. The tweet cites, “The long-awaited sequel to 2018’s award-winning horror visual novel is coming to Western audiences in 2023. Spirit Hunter: Death Mark II releases for various platforms!”

Diablo Immortal has accumulated nearly $50 million in earnings in one month since its release. The game is infested with heavy monetization, and that has caused it to decline in popularity. Diablo Immortal reclined to second-worst user-rated game on Metacritic, and it did not take long to steal the top podium. Diablo Immortal demands a lot of real money investment to get the best gear for your character.

Despite all the variables, Diablo Immortal has earned more than anticipated. As per the latest reports by mobilegamer.biz, the game has gained $49 million in the first month. It is worth citing that Diablo Immortal is free to play, so all the profits came from monetizations.

Talking about sales, Capcom has had a pretty good year. Capcom sales have increased by 62.5% on Steam in the last fiscal year ending March 2022. The company’s games have witnessed significant growth in sales on the storefront. Capcom made a staggering ¥17.2 billion from Steam sales last year, accumulating to about $126 million. These numerals account for almost 15.6% of the company’s total sales in 2022.

Fire Emblem Warriors: Three Hopes stole the top spot in Japanese charts for the week (20 to June 26). The game has thrived in Japan and worldwide, leaving all other titles behind. The game has ended in prominent figures of 97,538 units already. It is a massive triumph considering the hack-and-slash action role-playing game came out recently.

Grand Theft Auto IV and Red Dead Redemption 1 remasters are reportedly not in development, as suggested by the prominent Rockstar industry insider, Tez2. According to the insider, Rockstar chose not to proceed with GTA IV and RDR1 remasters, but they were once considered.

Tez2 cited in the tweet, “as per a reliable source with precise accuracy on Rockstar plans, remasters of GTA IV & RDR1 were on the table a few years ago, but Rockstar chose not to proceed with the projects in mind. The poor reception of the Trilogy DE might be a reason behind that decision.”

Dislyte took down a character trailer due to racist imagery that was projected in it. Dislyte is beneath mass controversy after one of their previous trailers named Amunet – Bloody Hunt. One thing stuck out like a soar edge in the trailer’s background. One of the black NPCs in the background had racist elements, which caused an uproar in the community. Dislyte was quick to act and removed it.

Horizon Forbidden West’s latest 1.17 patch added VRR (Variable Refresh Rate) and HFR (High Refresh Rate) support alongside many new additions. The new patch also adds a balanced mode that introduces 40Hz for supported displays. Gamers can now partake in 40 fps thanks to this new graphics mode. The mode will enhance graphical quality over the regular performance mode at 60 fps by offering some fps.

Forspoken has been delayed to next year for PC and PS5 following an announcement on Twitter. The game was slated for October Release, but it will come out in January next year. It might have been a wise decision as God of War Ragnarok is slated for a November release, and Forspoken will get the much-needed polishing.

The publishers cited, “As a result of ongoing discussions with key partners, we have made the strategic decision to move the launch date of Forspoken to January 24, 2023.” The company further stated that “all game elements” are concluded, and the extra development time will be utilized for “final polishing.”

New details from the Skate 4 playtest were reportedly leaked when one of the playtesters leaked a bundle of information on Reddit. The playtester also revealed an image from the official Skate 4’s playtest. Some of the essential tidbits are mentioned. Skate 4 runs on the Frostbite engine. The playtest is untextured thus far, as shown in a previous leak and the trailer.

The playtest takes place on a map named “Fun City,” and this map appears to be a tiny part of the larger map. The playtester affirmed that there would be character customization available in the game. Skate 4 supposedly has three types of control systems, i.e., Classic, Streamlined, and Experienced. There are also two camera options, high and low, which you can instantly switch with a button tap.

Bright Memory: Infinite is slated for a console release on July 21. Developer FYQD-Studio announced this release on the new platforms, and it’s only a week away. The game will undoubtedly run smoothly on next-gen consoles, as per PLAYISM. The alluring FPS will be coming out on Xbox Series X|S, PlayStation 5, and Nintendo Switch on July 21.

Sword Art Online: Alicization Lycoris might be possibly arriving on Nintendo Switch. A recent listing on a digital retail store in Australia suggests the game’s release on the Nintendo Switch this year. The listing can be seen of the game on the digital storefront, EB Games Australia, despite anything official on the matter. Nintendo has not commented on the supposed listing.

Discussing Nintendo, the goliath has launched a new Switch repair subscription-based initiative dubbed “Wide Care.” The service provides two plans, “monthly” for 200 yen and “annual” for 2,000 yen. The new service seeks to mend wear-downs up to six times a year. It will repair Switch consoles up to 735 dollars worth of damages. The service is only available in Japan as of now.

Sony is hiring a Software Development Engineer to work on its classic library of games to improve classic backward compatible games. All the older PlayStation games launched on the new PS Plus fall under this category. The newly enhanced PlayStation Plus permits old games to run on the consoles through emulation.

As the job listing hints, the new employee will be an addition to the team and work for the betterment of these older games. Commitments incorporate “fixing bugs,” “adding new features” to the games, and “developing new emulators.” The rest of the engineers and producers will also lend a hand with this task.

Hypercharge: Unboxed is slating towards an Xbox release after finding massive success on Steam. The “if toy story was FPS” game is being worked on by 5 talented developers who asked the enthusiasts to sign up for a newsletter to keep up with the latest updates and happenings regarding the alluring game.

More than 20,000 signs turned up, which stunned the developers as well. The massive boost in popularity caused by tweets has significantly helped the game by increasing concurrency On Steam. The game features co-op and split-screen features alongside first and third-person perspectives.

The toxic individuals of the community sexually harassed God of War Ragnarok developers. Estelle Tigani, the Cinematics Producer, working on God of War Ragnarok, fronted sexual harassment after the most recent announcement delay for the game. The developer took to Twitter to handle this issue and requested players to stop. Estelle has been receiving explicit images asking for the game’s release date.

Hell Let Loose associate producer James Light has passed away. He passed on June 18 at the ripe age of 28 due to complications following cardiac surgery. The team sang his praises for contributing to the game, “He is certainly one of the key reasons Hell Let Loose has reached where it is today.” The team was unsure if revealing his death to the community was the right decision, and they went with it. 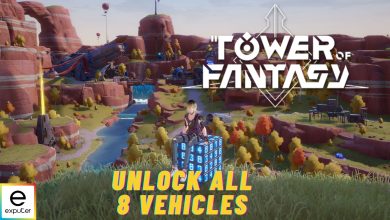 Tower Of Fantasy Vehicles: How To Unlock All 8 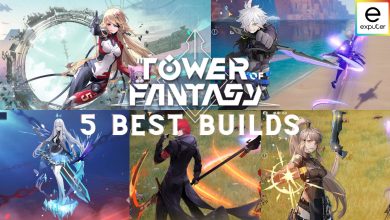